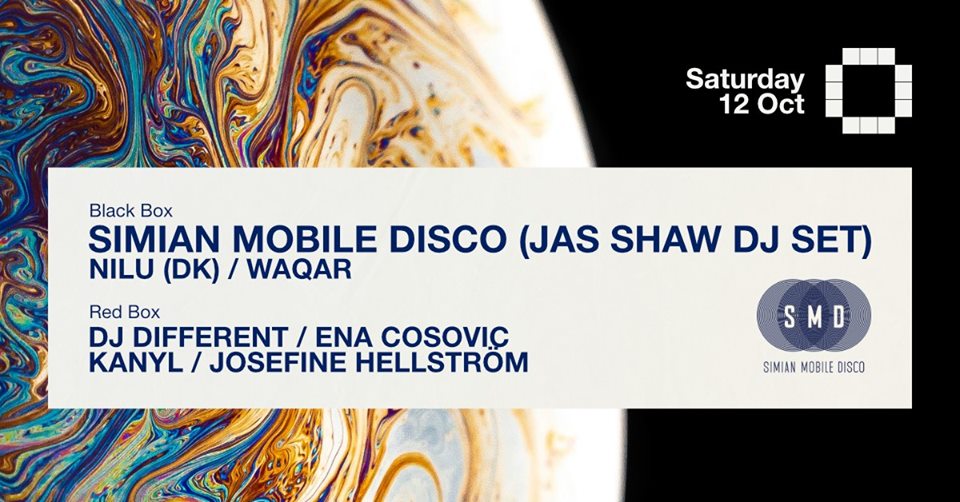 When Simian Mobile Disco were formed they never imagined they’d end up creating a human synthesizer. They’ve done essential releases on Wichita Records and the tastemaker Kitsune label to name a few. Meanwhile they were also keeping their hand in with the electronic underground, both through DJ sets and their ‘Delicacies’ series of 12″ releases, for which they’ve collaborated with clubland mainstays like Bicep, Roman Flügel and Cosmin TRG. Delicacies also became the platform for Jas Shaw’s solo releases, which have seen him become an important figure in the global techno scene in his own right. Jas maintains a love of the kind of small underground club spaces “where there can be a degree of anarchy in the real sense: people self-organizing around their common interest”. With that in mind, we think Culture Box is just perfect for him to play his DJ set and we’re eager to bring him to Copenhagen.

Nilu (DK) opens up in Black Box while Waqar from Distortion Festival will be playing the closing set into the late hours of Sunday morning.

For those of you who like free beers, we offer unlimited Tuborg Gold before midnight so make sure to arrive early.