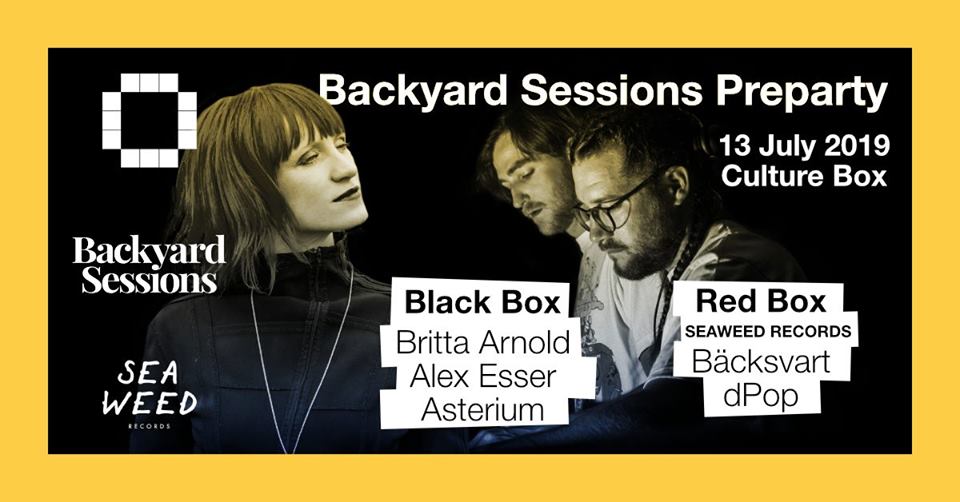 Headlining the night, Britta Arnold jets in from Berlin. She’s a child of Berlin. A born and bred Berliner who never had to learn how to be one. Since co-founding the Bar25 label in 2006, her nights are spent playing gigs anywhere between Asia, America and Europe, while many of her days are spent in the studio where she dreams up new music to be released on Katermukke and Heinz etc.

BYS’ very own Alex Esser and Asterium round off the Black Box lineup. They are also behind initiatives like House Music With Love and Deep House Sweden.

Red Box is hosted by Seaweed Records, a collective of creative people from Stockholm led by the two producers and DJs Bäcksvart and dPop. They provide music that grooves from dusk till dawn.

Need a good reason to show up early? Unlimited free Tuborg Gold between 11pm and midnight included in the entrance fee.