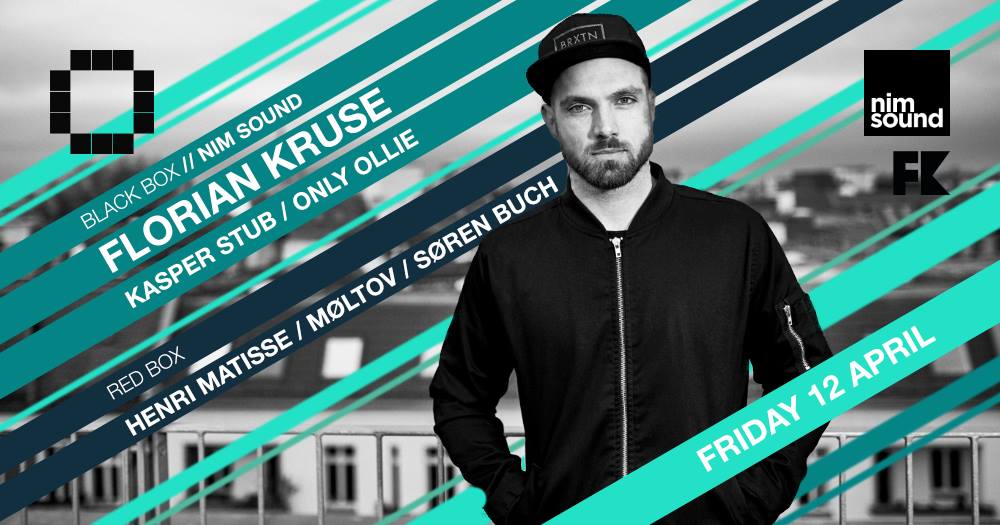 NIM Sound with Kasper Stub and Only Ollie take control of Black Box with Florian Kruse as special guest.There aren’t many people that can say that they have devoted their entire life to electronic music, but Florian Kruse is most certainly one of them. Long time in the game, he started his music career in 2007, with his first vinyl release on Stockholm label Heya Hifi. Since then, Kruse has only grown as both a producer and a DJ with releases on Noir Music, Poker Flat Recordings, Stil Vor Talent, Joris Voorn’s GREEN imprint, Suara, and Selador. With a long time passion for house and techno that dates back to the early years, Kruse is first and foremost a DJ, taking his signature sound to renowned clubs all over the world.

Henri Matisse is famous for his long dedication to DJing and releases on Intec and Terminal M. He is in Red Box with Møltov from Music For Dreams and Søren Buch who is one of Copenhagen’s hidden DJ gems.

Unlimited free Tuborg Gold will be handed out from the bars between 11pm and midnight. Don’t be late.