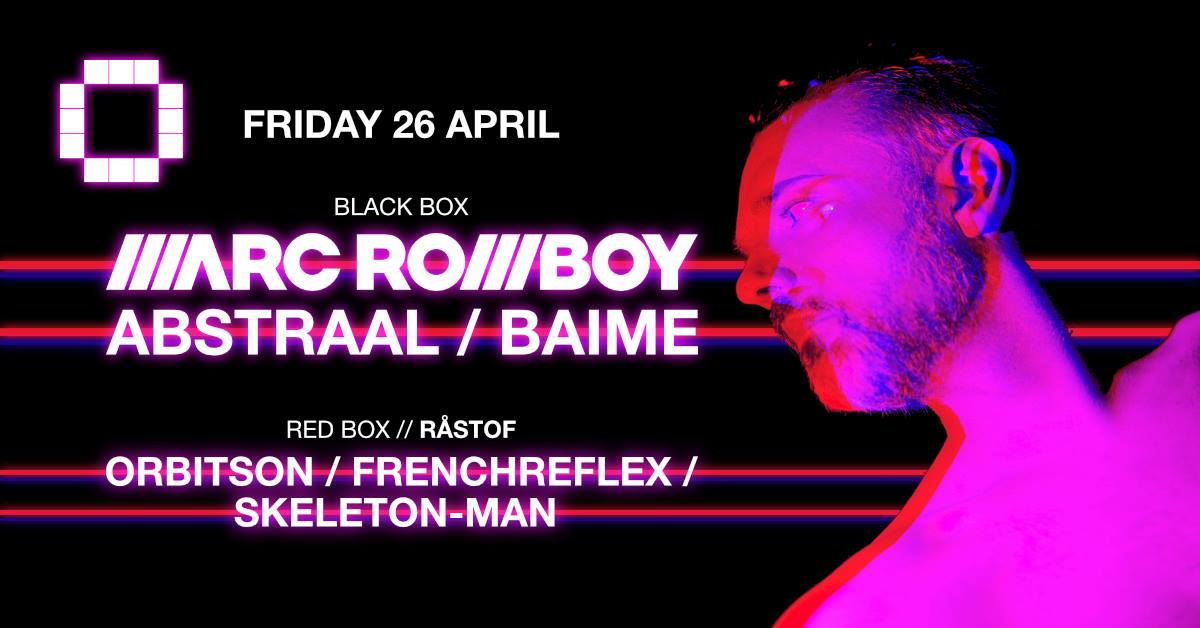 Over the course of the last two plus decades, the German born DJ, musician and composer Marc Romboy has become synonymous with a soulful electronic music sound that has taken him all over the world. As well as releasing on only the most influential labels, from Innervisions to Ovum and Kompakt to 20:20 Vision, he is also the sole mastermind behind the influential Systematic Recordings label and has been since 2004. Despite being a key player for so long, Marc is still as relevant as ever and remains right at the sharp end of electronic music. Proof of that comes in the form of his DJ schedule, which takes him from Fabric to Womb and Berghain to Watergate, as well as to not one but three separate Boiler Room shows. All three proved Marc to be a dexterous performer who never relies on obviousness or gimmicks, instead telling truly musical stories that place dancers right at the heart of the action.

French duo Abstraal get their Culture Box debut following their recent release on Frequenza Records and play the opening set in Black Box while Blindfold Recordings’ Baime round off the night with their signature sound.

The Råstof crew also get their Culture Box debut hosting the party in Red Box with Orbitson, Frenchreflex and Skeleton-Man. A group of energetic party people out of the Copenhagen underground scene not to be missed.

Unlimited free Tuborg Gold up for grabs between 11pm and midnight so come early.