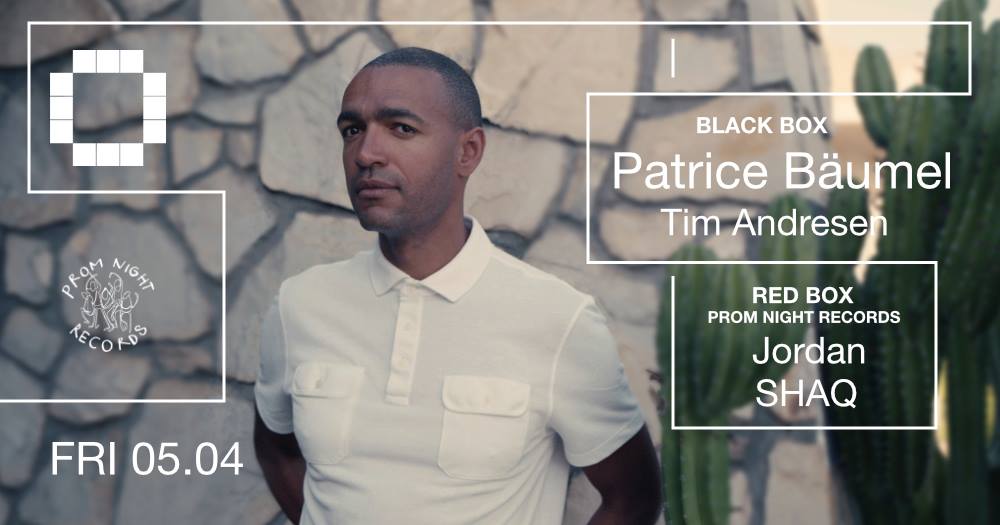 Patrice Bäumel is an internationally renowned DJ and producer currently living in Amsterdam and going from strength to strength at the moment. We are extremely proud to finally bring him to Culture Box. He has proved himself to be a formidable producer with releases on Afterlife, Kompakt, Crosstown Rebels, Anjunadeep and more. His profile has exploded in recent years following years traveling the road, a positive change in lifestyle, hard work, fun, and spreading the love.

Tim Andresen will support Patrice Baümel in Black Box. He is the label boss of What Happens and the UK based Savoir Faire Musique. As a producer he’s done work for Tenampa Recordings, Re:FreshYourMind, Younan Music, Ready Mix Records and many more while also being an international DJ for two decades with gigs in nearly all corners of the globe.

Shaq can best be described as one of the leaders of the new school DJs of Copenhagen. He currently co-runs the weekly Pulp Thursdays at Bakken while being one of the best new additions to the Culture Box DJ team. He now launches his new Prom Night Records label with a bang and gets visited by Jordan, Nocturne label boss and resident at The Night Institute in Belfast.

We spread love and unlimited free Tuborg Gold from all the bars between 11pm and midnight so make sure to arrive early.