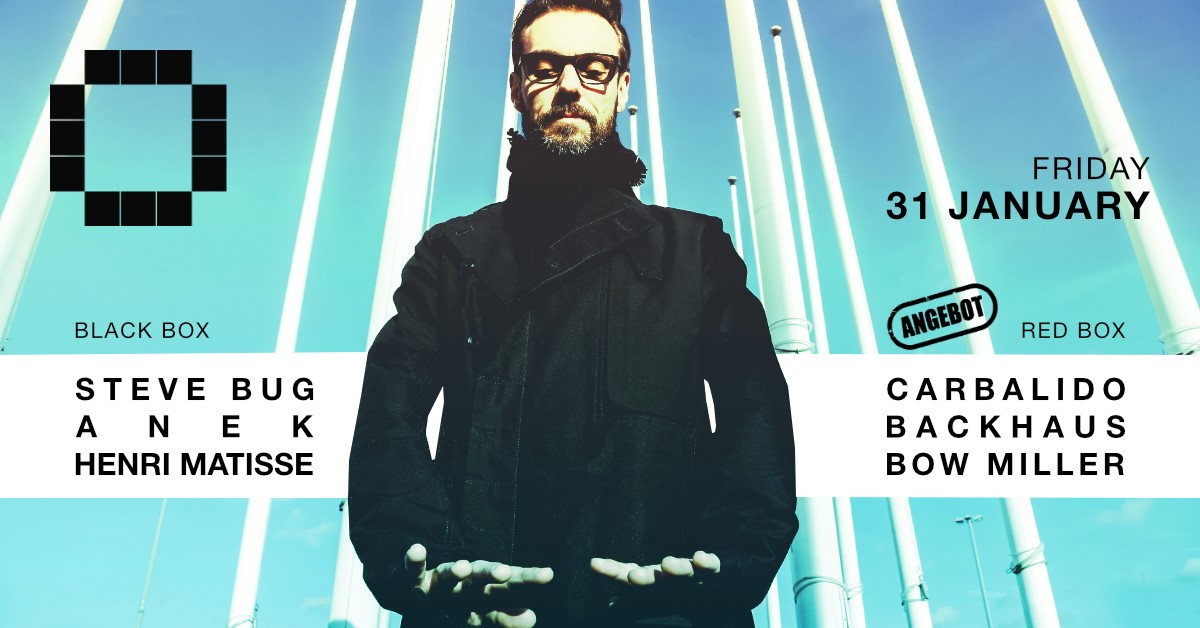 Steve Bug is one of electronic music’s true originals. His relentless commitment to quality – both in his own work and in the many producers he has championed – has made him one of the world’s most revered artists and curators, and along with his labels Poker Flat, Audiomatique, Dessous Recordings, Traffic Signs or Raw Elements has made a sizeable contribution to building the European house and techno scene as we know it. Although dedicated to his own labels, Steve’s talents have naturally attracted the attention of other imprints. Bedrock, Knee Deep In Sound, Minus, Cocoon, Ovum, Kompakt and Defected are just some of the labels that released original tracks and remixes that are rightly regarded as timeless classics.

Anek is the most famous international female DJ-duo out of Denmark. They’ve had releases on Matthias Tanzmann’s Moon Harbour, Steve Lawler’s VIVa MUSiC, Get Physical Music and Gruuv while playing the best clubs and festivals internationally for well over 15 years. They play the opening set in Black Box while Danish veteran Henri Matisse known for releases in Intec and Terminal M plays the closing set.

Angebot featuring Bow Miller, Carbalido and Backhaus take charge of Red Box and take the crowd on a trip of slow, ethnic and oriental grooves and melodies.

We saved the best for last. We are offering unlimited free Tuborg Gold between 11pm and midnight so make sure to arrive early.