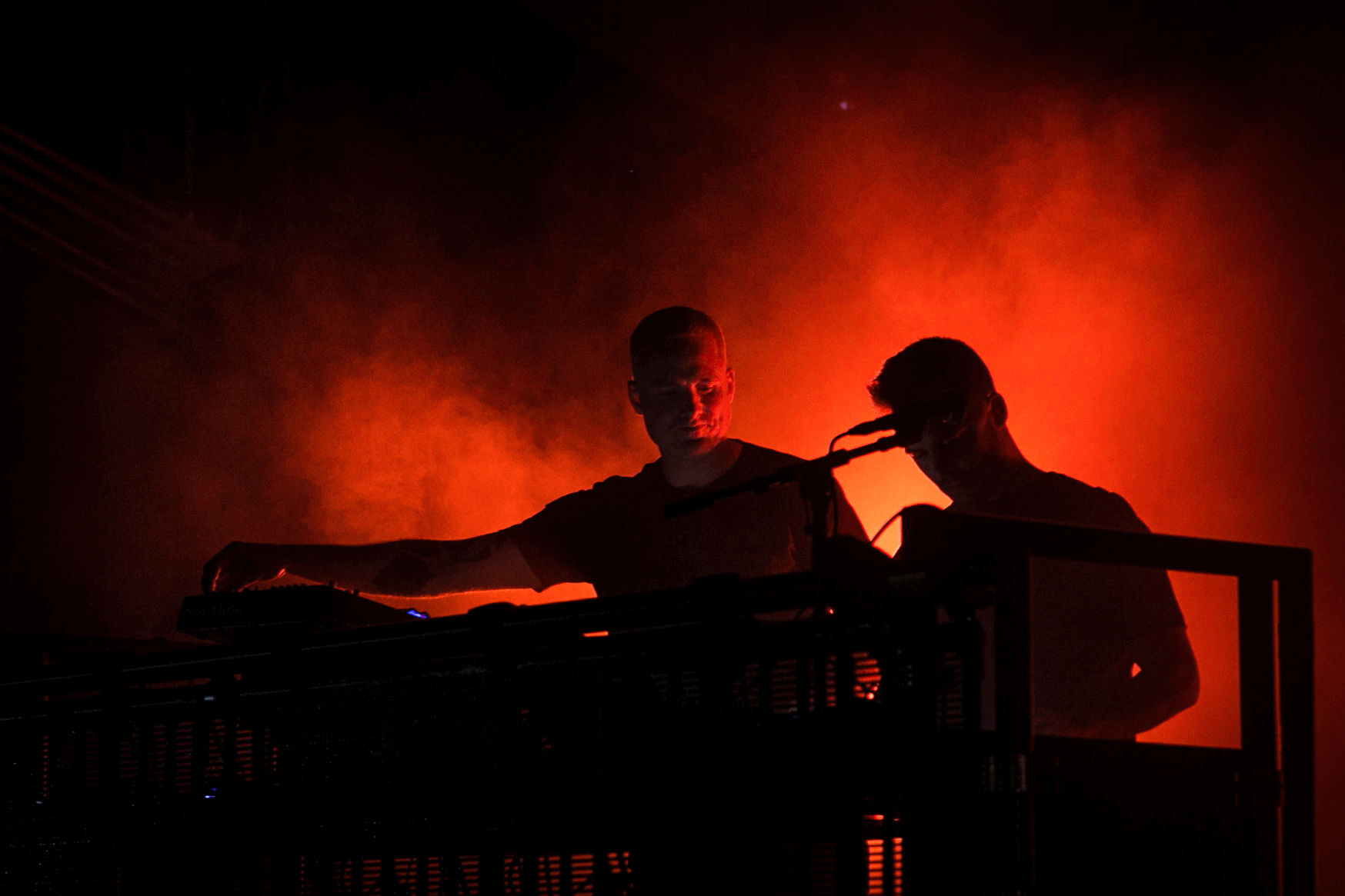 “We wanted to be techno-cool, but right away we were jumping up and down and losing ourselves”

As part of the launch of the new CPH DEEP website and blog, Copenhagen-based techno duo Baime, made up of Mikael Melander and Jens Christian Nørgaard sat down for a chat. Baime was formed after Nørgaard and Melander met at a Kölsch Q&A-session in 2015, and have been making waves in the undercurrent of electronic music since.

Their first single The Damned from 2017 debuted in the Top 20 section of the Beatport Deep House-chart, featured in Mixmag’s staff picks, as well as earning plays from major DJ’s like UK-legend Sasha. Recently they released their debut EP Forgiven on Blindfold Recordings – a label they run themselves – and their journey so far culminated when they were asked to play the Apollo Countdown stage at Roskilde Festival in front of a crowd of 3,000.

Along with producing and performing as Baime, both Melander and Nørgaard are part of the CPH Deep collective, and we caught up with them after the dust had settled from their concert at Roskilde.

I heard you almost couldn’t believe it when you were booked for Roskilde Festival. Is that true?

We were not given a call or anything like that – we just received a message on our main email. Often you just scroll past due to the amount of rubbish you receive, so when we saw it was someone from Roskilde Festival, we had to do a double take. Part of the reason we found it surreal, was that we never identified ourselves with Roskilde. We never had an ambition of playing the Orange Stage. We do underground music and didn’t feel we matched their profile, so we were very honoured they chose to go with us.

How was playing a live concert at a festival? That has to be a very different experience to doing club sets, which is what I’m guessing you’re used to.

Well, that’s the thing, it’s a concert, and it’s only your own music you’re allowed to bring. When we said yes to play the festival, we only had three finished tracks, which then had to be changed so they could be played live. So in the six months we had until the concert, we came up with six new songs for the live set.

So it was straight to work as soon as you got the booking?

To get that sort of target you can work towards helps a lot. When you have an image of the sound you want to produce, and what it has to be used for, it makes you a lot more focused, and we found it helped the ideas flow more easily.

What about the music? Did you change anything production-wise considering the platform was different?

Our expression in itself didn’t change, but the productions were made so there was room to experiment and be playful in a live setting. We are both pretty comfortable as DJ’s, but we had never performed live apart from at home, so we had to spend the six months really preparing. To be able to then get out there and do it was obviously a massive relief. We really wanted to make an impression given it was the first time we had the opportunity.

How did you experience the day of the concert? Talk us through it.

We weren’t really affected by nerves until just before the concert. Our slot was from midnight to one, and because of the World Cup being screened, our time to set up had been cut from an hour to 20 minutes. That meant we had to fiddle with 35-40 cables behind the stage in complete darkness, while there was a concert on at the same time and you couldn’t hear your own thoughts. That was a bit nerve-racking. And then looking over the crowd before walking on, thinking “This is going to be crazy”.
Entering the stage, it was a completely different dynamic straight away compared to a nightclub.

People don’t usually get worked up over a lesser known local act, but at Roskilde we came on to a roar that was unlike anything we’d ever tried, so just that was an amazing experience in itself. After that it was pretty hard to contain yourself. We wanted to be techno-cool, but right away we were jumping up and down and losing ourselves. We also did something untraditional by using the microphone and speaking to the crowd. Most DJ’s don’t do that, especially in clubs, but we felt we had to connect verbally to the audience. You have to say “Hva’ så Roskilde?” – that just has to be there. For our expression it’s also important that it’s not just about being techno-cool. When you don’t have a guitar to swing you have to do something else. It’s not as if we’re our own hype men, it’s more to put ourselves out there.

What’s next for the two of you now? Are you planning to do more live concerts, or will you be sticking to mostly club sets?

We really want to take the live set abroad. We’re playing in Norway in September, but apart from that we only have DJ-sets lined up. At the moment it’s really about finding the key to communicate and get our stuff out there internationally. With our project it’s a bit different to most other artists, given that we do pretty much everything just the two of us.

A lot of acts playing even the smaller stages at Roskilde have big machineries like Universal or Sony behind them making sure everything is ticking. We don’t have those sort of opportunities at the moment, so we have to try and create them ourselves. One of the things we’re doing this year is travelling to Amsterdam Dance Event – the world’s biggest electronic music conference – where we’re hoping to connect with labels and booking agencies. Our Roskilde-concert was recorded in full, so we have an actual product we can showcase. That’s another positive of playing the Countdown stage – it’s a pad on the back and an opportunity to grow and mature as artists. That makes us confident going forward.

The Roskilde booking also gave us a better picture of what we want to do in the future. Playing live sets was never really the idea to begin with, but because we had to adapt our platform to Roskilde it’s given us another direction.

Baime will be performing the closing set at the CPH Deep Website Launch party @ Culture Box on Saturday  September 1st.