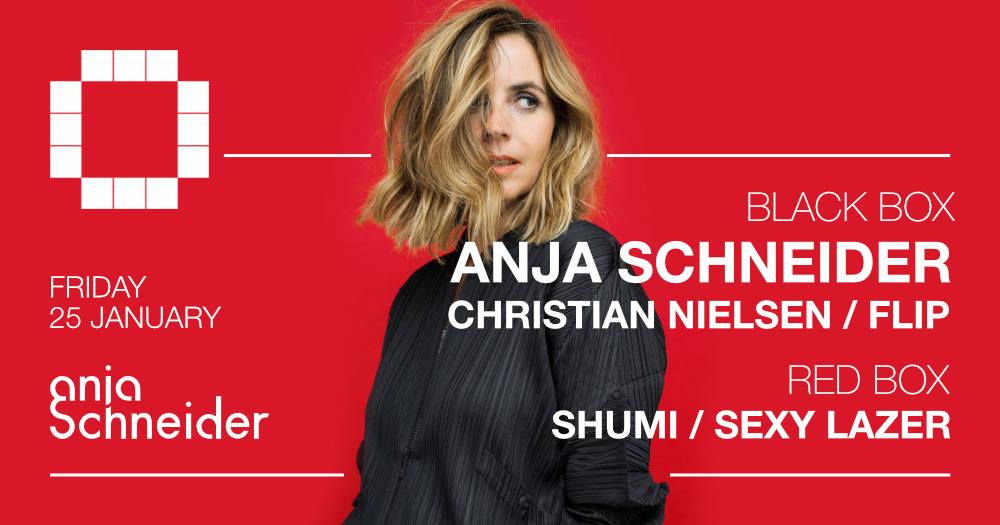 Anja Schneider is a DJ, producer, radio broadcaster, label boss, tireless creative force and mentor, renowned as one of the hardest working figures within the industry and one of the most astute tastemakers in electronic music. Her new imprint Sous Music allows Anja the creative freedom and personal connection with her own music and that of the talent she helps to develop via the label. It began with the release of Schneider’s own nine track album ‘SoMe’ in November 2017 crowned by DJ Mag as Album of the Month and described by Mixmag as ‘a seamless, soulful blend of underground house and techno.’ We’re buzzing to have her back at Culture Box.

Christian Nielsen plays the closing set fresh from releases on FFRR and Kompakt among others while Flip does one of his iconic opening sets.

The Lazer Lounge takes control of Red Box with a much anticipated visit by Shumi from Gewolbe in Köln. He plays next to our Icelandic favourite Sexy Lazer.