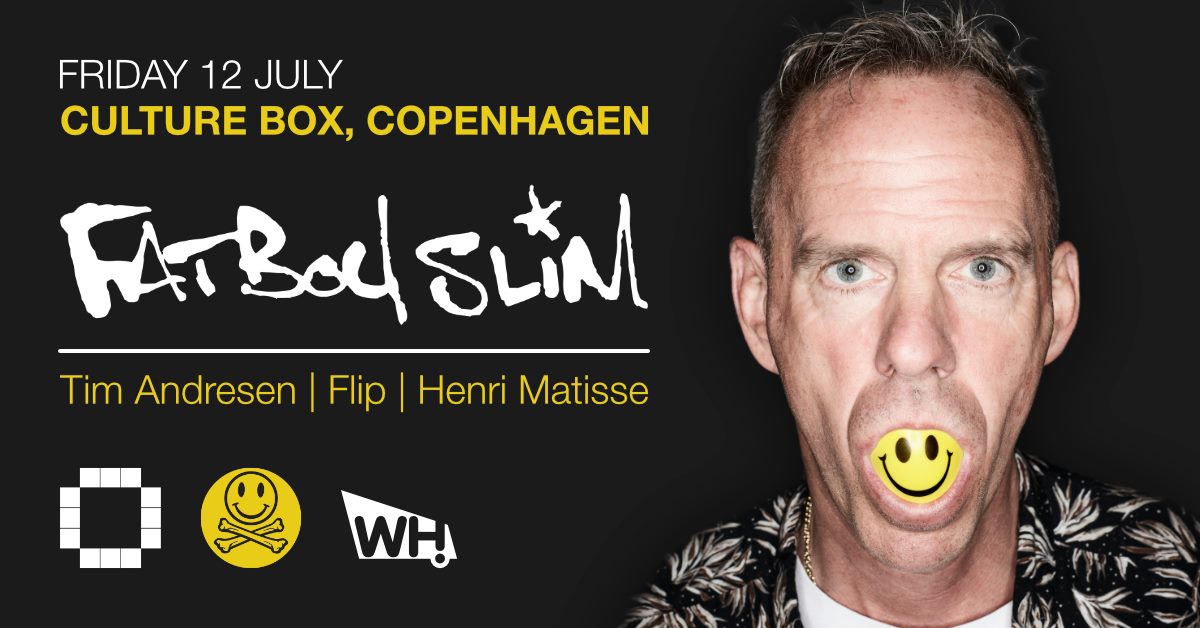 Presale tickets are now sold out. A limited amount of tickets will also be available at the door from 10pm.

Norman Quentin Cook adopted the pseudonym Fatboy Slim in 1996 and needs little introduction. One of the biggest names in electronic music history of all times, he holds the Guiness World Record for the most top 40 hits under different names. As a solo act, he has won ten MTV Video Music Awards and two Brit Awards. From headlining Glastonbury to hosting his Big Beach Boutique parties with 250.000 people at Brighton Beach to performing at the closing ceremony for the 2012 Summer Olympics, Fatboy Slim has ticked all the boxes. Add to that an endless list of headline shows at Coachella, Ultra Music Festival and across Ibiza. Think chart toppers like “The Rockafeller Skank”, “Praise You”, “Right Here, Right Now” and “Eat, Sleep, Rave, Repeat”, and the mood is set for one of the most special nights in Culture Box history.

Support in Black Box from What Happens main man Tim Andresen while Flip and Henri Matisse team up in Red Box for an allnighter.

We open the doors exclusively at 10pm with unlimited free Tuborg Gold the first hour.