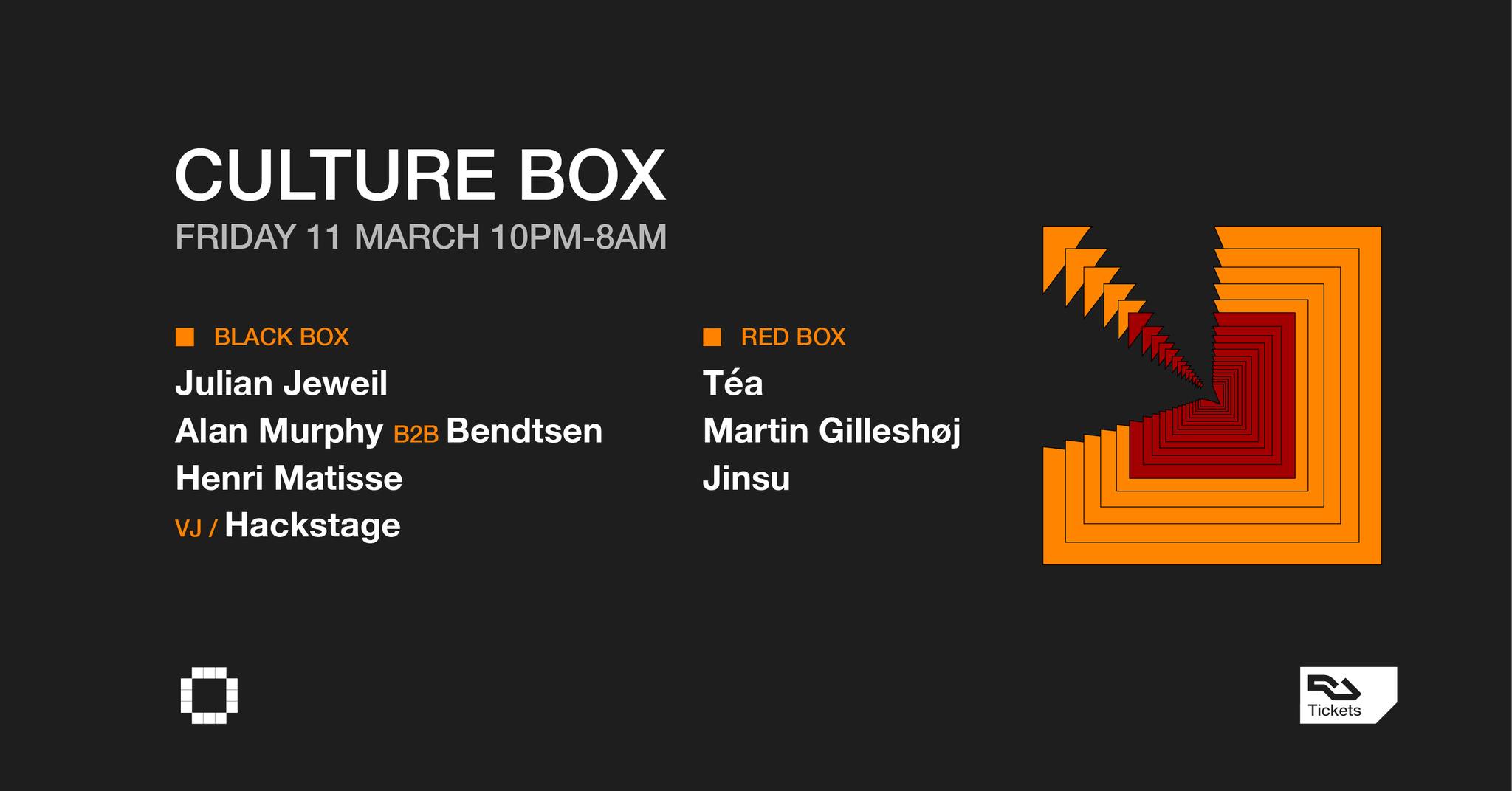 Julian Jeweil was Beatport’s #1 best-selling techno artist of 2015 and his releases are out on Adam Beyer's Drumcode, Richie Hawtin's Minus, Sven Väth's Cocoon

Julian Jeweil was Beatport’s #1 best-selling techno artist of 2015 and his releases are out on Adam Beyer’s Drumcode, Richie Hawtin’s Minus, Sven Väth’s Cocoon and Popof’s Form Music. We are hyped to finally announce his show at Culture Box.
Presale 14-18€ / Door 140 DKK
Buy tickets: https://ra.co/events/1502240
First drink/beer for free the first open hour.
Black Box lineup:
Julian Jeweil / Alan Murphy B2B Bendtsen / Henri Matisse
https://soundcloud.com/julianjeweil
https://soundcloud.com/murphydj
https://soundcloud.com/bendtsenrasmus
https://soundcloud.com/henrimatisse
Red Box lineup:
Téa / Martin Gilleshøj / Jinsu
https://soundcloud.com/groupth…/tea-group-therapy-home-mix
https://soundcloud.com/martin_gilleshoej
https://soundcloud.com/jinsunij
From Awakenings to BPM Festival to Ultra Festival and now finally at Culture Box, we are proud to bring French techno heavyweight Julian Jeweil for his Culture Box debut. This nonstop world-touring artist showcases his signature sound known from his many productions and live sets. He is joined by the like of breakthrough duo Alan Murphy B2B Bendtsen and Henri Matisse. Hackstage spread their visual magic in Black Box. Téa, Jinsu and Martin Gilleshøj from Proton keep sounds and beats pumping through the speakers all night in Red Box. A night that isn’t for the faint-hearted!
Attitude Code
Culture Box operate an attitude code for a safer space. We kindly ask you to respect your fellow clubbers and our staff to create the best atmosphere possible. We have a zero tolerance policy to any form of harassment. That includes leering, rude comments, touching and any unwanted attention or behaviour that makes anyone feel uncomfortable. No homophobia, transphobia, sexism or racism accepted. If someone is making you feel uncomfortable then please notify a member of our staff or the security, they are all trained to help you. Take care of yourself and each other. Without respect, love is lost.