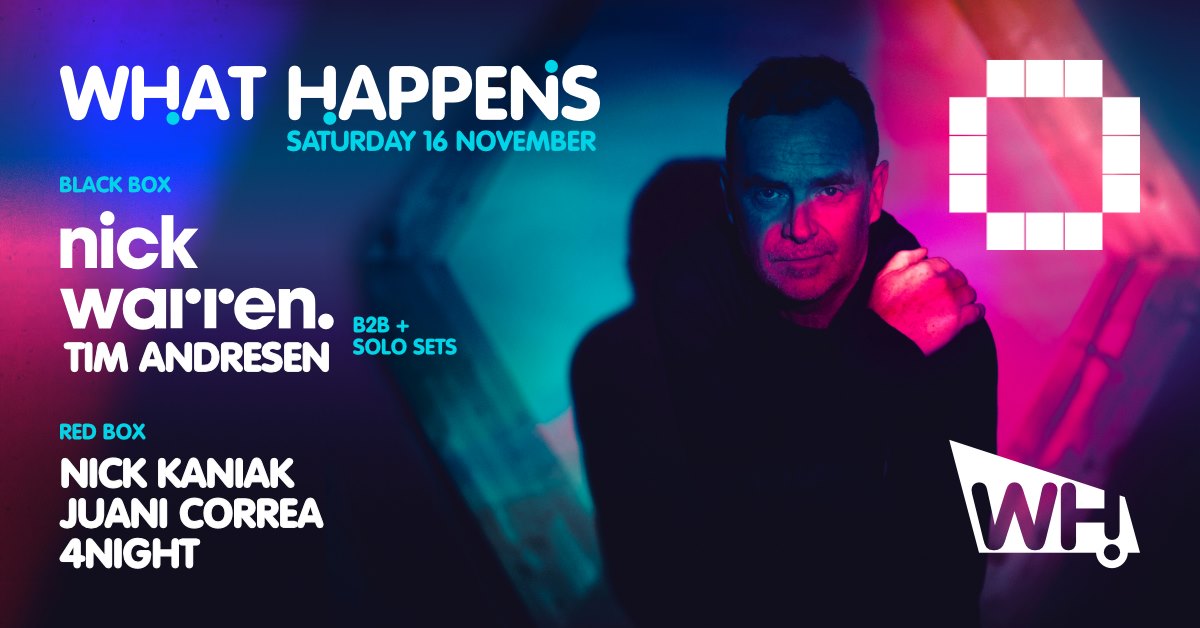 The Soundgarden main man Nick Warren teams up with long-time friend Tim Andresen for solo sets and a special back-to-back set in Black Box. Red Box is an all South American affair with Nick Kaniak, Juani Correa and 4Night, that’s What Happens.

Nick Warren was one of the first so-called “superstar DJs” in the ’90s. Still touring around the world solo as well as part of the legendary Way Out West duo or together with Hernan Cattaneo, he is enjoying a whirlwind of success. He does his own The Soundgarden events at unique locations across the planet. He has also just been announced to do the new Balance compilation which will be added to the massive back catalogue of all-time favorites including his 7 Global Underground albums and more.

He joins Tim Andresen, What Happens label owner and co-owner of the UK-based Savoir Faire Musique. Magic is about to happen again. Tim’s production portfolio includes work for Tenampa Recordings, Re:FreshYourMind, Younan Music, Ready Mix Records and of course his own labels. Music has taken him to nearly 40 different countries and resulted in him landing the Best DJ award at Club Awards, and Most Popular Nordic DJ by Megamind.

Big night expected! Get here early for the Golden Hour between 11pm and midnight with unlimited free Tuborg Gold.