cphdeep | The born organizer
We usually bring DJ interviews here, but now it is time for a look into the one of the guys who brings your favourite DJ close to home. Join Antonsson and I for a talk about events, strange riders and the electronic music scene in Sweden.
Antonsson, Thomas Antonsson, Episodes, Kontakt, Monstera, Stockholm, house, vinyl, Sweden, Scandinavia, DJ, events, event maker, party planer
3686
post-template-default,single,single-post,postid-3686,single-format-standard,qode-music-1.0.2,qode-news-1.0.4,ajax_fade,page_not_loaded,,qode-title-hidden,paspartu_enabled,paspartu_on_bottom_fixed,qode_grid_1300,qode-content-sidebar-responsive,qode-child-theme-ver-1.0.0,qode-theme-ver-16.7,qode-theme-bridge,disabled_footer_bottom,wpb-js-composer js-comp-ver-6.0.4,vc_responsive 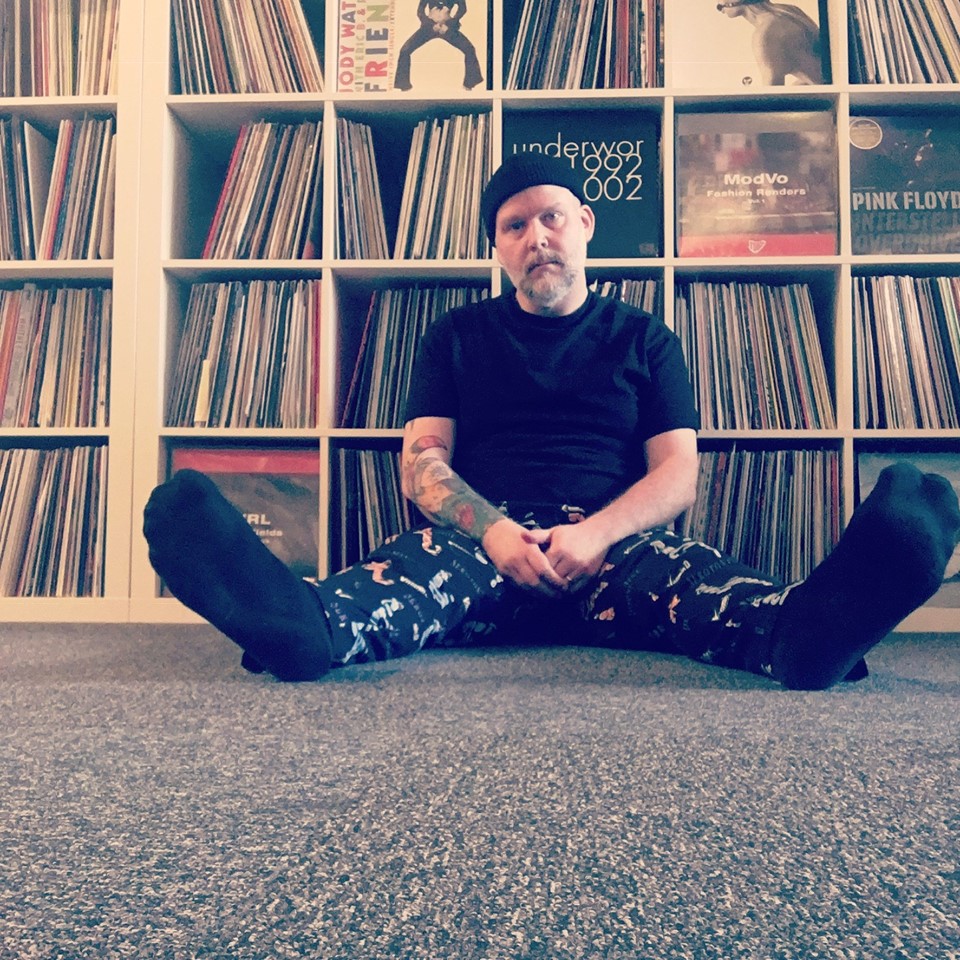 The year is 2020 and Corona has just forced Thomas Antonsson and Kontakt to cancel shows with Amalie Lens, Stephan Bodzin and DJ Koze. If that is the level of headliners that is on Thomas Antonsson’s cancelled list, one can only wonder what else he has been up to. Therefore it is time for us to get to know him a little better.

We usually bring DJ interviews here, but now it is time to look into the one of the guys who brings your favourite DJs close to home. Just so you don’t have to travel to Germany or Ibiza for that massive clubbing experience. Join Antonsson and I for a talk about events, strange riders and the electronic music scene in Sweden.

We are also lucky enough that Antonsson provided us with an exclusive monster of a mix for our Unnamed Sessions series. Enjoy it right here:

This was not by chance

Before we get into Thomas’ almost 25 years of bringing grandiose clubbing experiences to first Sweden and then Scandinavia, we need to know that it was by no means an accident that he ended up in this field. It’s almost like all of Thomas’ family groomed him.

– My mom is a jazz/country/blues singer and from an early age I went on tour with her. I loved hanging out with the band and the whole crew. There is a special bond in that kind of group. She was also an event planner even though it wasn’t called that back then. On top of this my uncle is a sound engineer and I more or less grew up in his studio. It did seem quite planned from my loved ones that I was gonna go in the direction of music and event planning without them ever pushing me, tells Thomas.

As it was written in the stars above Stockholm’s suburbs, so it went. Thomas was part of arranging all the school discos from 1th grade till he graduated from high school. It must be a blessing to have an uncle with all of the needed equipment for a party.

– The first time I went into the school disco planning, it was because I had like four tracks I loved and really wanted to see my friends dance to. My first time playing for people was on cassette tape. That’s how old I am. Technotronic on a cassette tape. As I was involved in more school discos I found out that what I really love is to be the one that fixes everything. It is almost OCD like but it’s not bad at all when you do what you love, says Thomas with a laugh. 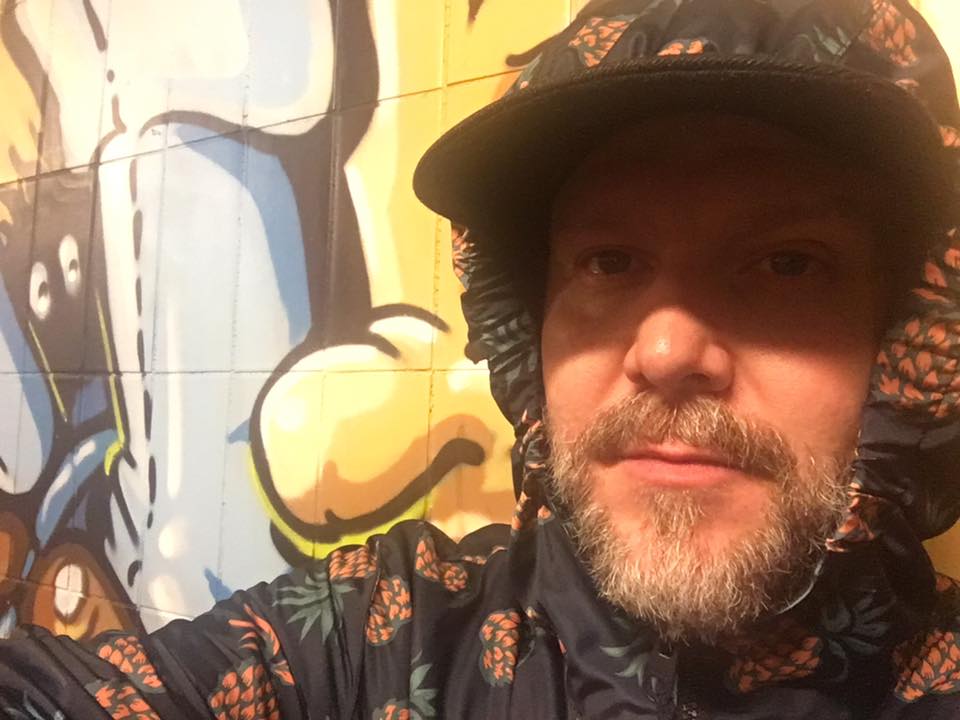 Let’s move ahead in time. Thomas is now 18 and through his brother he has learned about the magical world of techno, house and all that jazz. School discos are no longer on the table, so what does one do? Seek out a place that allows you to explore and fine tune your talents. Luckily for Thomas Café SVAJ in Stockholm was just that place and they gave the young man and his friend a golden opportunity to grow and develop their talent.

– High school was over and I was just lusting for experience behind the decks. At this time, we were hanging out at SVAJ and I asked the owner if there was any chance of getting to play. I was naturally thinking prime time spots, but that wasn’t on the table. But we were offered to have the whole Sunday. Not what we had in mind but then, an idea formed. Open decks and everybody is invited to come and play. At first we were on deck ourselves mostly, but word of mouth spread quickly and our Extreme Hangover Sessions grew to be a perfect Sunday hangout. Back then I couldn’t mix for s*** but that changed because experienced DJs came to play and I learnt so much for them. I am forever grateful for this time in my life. SVAJ and the people there helped me a lot and put me on the path that I am on today, Thomas reminisces. 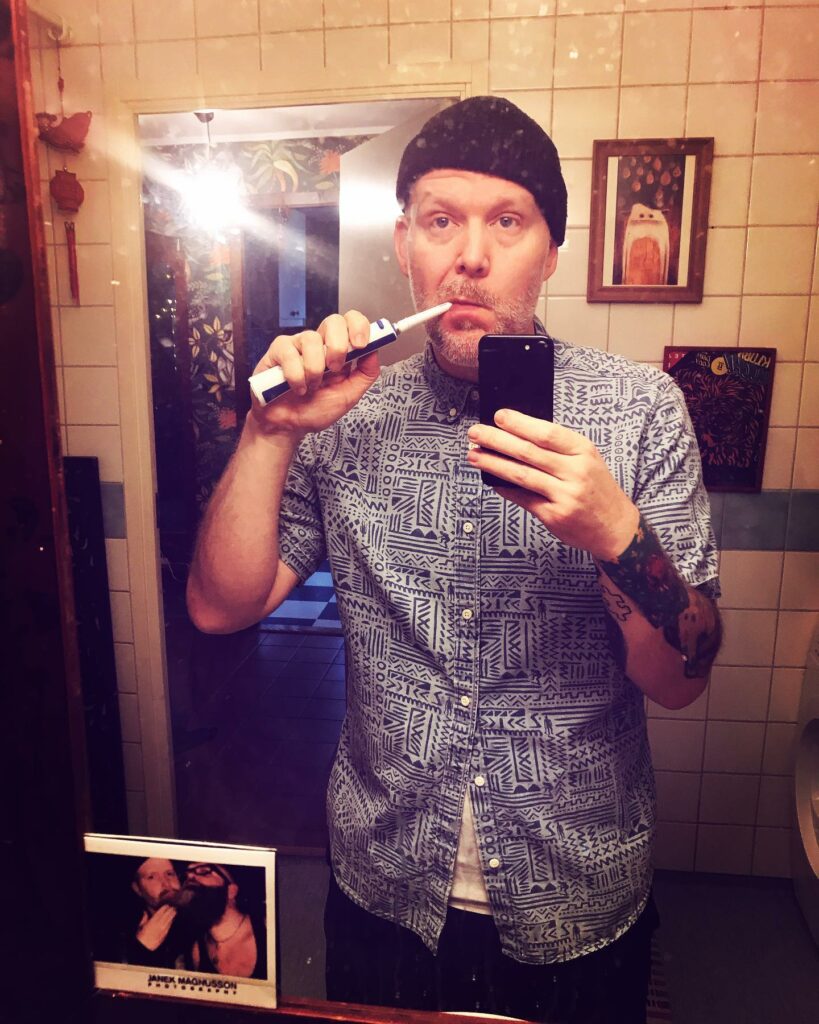 The wheels in Thomas’ head were set in motion and Sundays at SVAJ could not stand alone any more. It was time to get to the next level and arrange parties on his own. As so many others before him Thomas started out doing illegal raves. Difference here is that Thomas didn’t go to the forest or abandoned houses. He did it right in the middle of Stockholm.

– There is a lovely loophole in the Swedish legislation. If you have a ‘members only’ party police can’t really do anything about it as long as you are not disturbing the public peace. The first thing I did was three parties in three months at a place that taught Swedish to immigrants. We needed a place and they needed the money, so it was a match made in heaven, says Thomas.

The next 10 years Thomas spent doing his regular 9-5, but mainly thinking about the next events. It was getting to a point where there weren’t enough hours in the day. So, when in 2013 the giant event maker Monstera offered him a full-time position it wasn’t a hard choice.

– I literally thought about it for 10 seconds and I knew that this was exactly what I wanted. Basically, I was offered to get paid for something I was already doing for free. One of the easiest decisions of my life, Thomas laughs.

Working with Monstera Thomas got to arrange parties and concerts beyond his wildest dreams. Peggy Gou, KiNK, Jon Hopkins and Nicole Moudaber to mention a few.

– There is nothing like when you have an idea you think just might work and that feeling pans out. For example, everybody thought we were crazy when we booked Craig David to do a DJ set. But we sold out in 8 minutes. I was on top of the world that day, laughs Thomas.

It can’t all be hits. Some of the great ideas that Thomas and his partners in crime at Kontakt (a subdivision of Monstera) had, have been perfect on paper but just did not work. It’s not a lot of fun to have to go through with a party and only have five people on the dance floor because it would cost more to cancel. One of the things that Thomas had struggled with is educating the Swedish people in going out as club kids.

– In Sweden pre-gaming is big before going out. Drinks are expensive, so I get it. But it means that the dance floor has a shorter longevity and dies out around 4.30. In Berlin that’s when the dance floor comes alive for real. There are real techno heads in Sweden too and I salute them. Now I just wanna see if I can slowly try and change the culture of going out way too drunk and crashing way too early, says Thomas with a hopeful voice.

A talking parrot and no brown M&M’s

Legend has it that there have been many strange requests on backstage riders throughout the music history. Some of the more fucked up requests include James Brown wanting two girls under the age of 21 plus a ladies’ hair dryer waiting for him backstage. Iggy Pop has allegedly requested seven little people dressed as they were in the Snow White fairytale. Finally Van Halen had their well known no brown M&M’s rule. The last one was according to the band a check to see if their otherwise massive stage rider was also taken care of. Seeing as Thomas has taken care of lots of major names on the house scene, the question remains: Have you seen some strange riders in your time?

– I have been doing events and parties since 1998, so yeah, I have seen some strange things. Besides from the obvious DJ or live setup there have been some things that I have had to read five times before I was sure I got it correct. My favourite rider is from Major Lazer. I was reading it. Nothing strange on the technical side or for food and drinks, but then at the very end it said: a talking parrot that could say Major Lazer. Sure. I mean, who doesn’t have that on hand? My colleague was quick on her feet and got one of those toy parrots you can record your voice into. Major Lazer loved it and actually took the parrot with them, Thomas tells with a smile on his face.

Thomas and Monstera have parted ways so it seems only natural to ask what is up next?

– I loved working with Monstera and Kontakt. Organising events is just one of my favourite things in the world so now it is time to start up my own line of events called EPISODES. The idea formed during the lockdown, so for now we only have our mix series to present. But as soon as we are on the other side I have a beautiful new venue in Stockholm, where we will have the first party. We wanna create a bombastic environment with great headliners and invite people of the house community to be free and happy once again, says Thomas.

There is light at the end of the tunnel – hold on for just a little longer!