cphdeep | Another round with Patlac
We sat down with remix guru and a damn nice guy Patrick Müller who you may know better when he uses his alias, Patlac. We enjoyed some craft beers in the sun as I learned about his 15 years on the house scene.
liebe*detail, Moodmusic, Soulfooled, Connaisseur Recordings, DJ, remix, Patlac, Hamburg, House, Melt, music, deep house
3033
post-template-default,single,single-post,postid-3033,single-format-standard,qode-music-1.0.2,qode-news-1.0.4,ajax_fade,page_not_loaded,,qode-title-hidden,paspartu_enabled,paspartu_on_bottom_fixed,qode_grid_1300,qode-content-sidebar-responsive,qode-child-theme-ver-1.0.0,qode-theme-ver-16.7,qode-theme-bridge,disabled_footer_bottom,wpb-js-composer js-comp-ver-6.7.0,vc_responsive 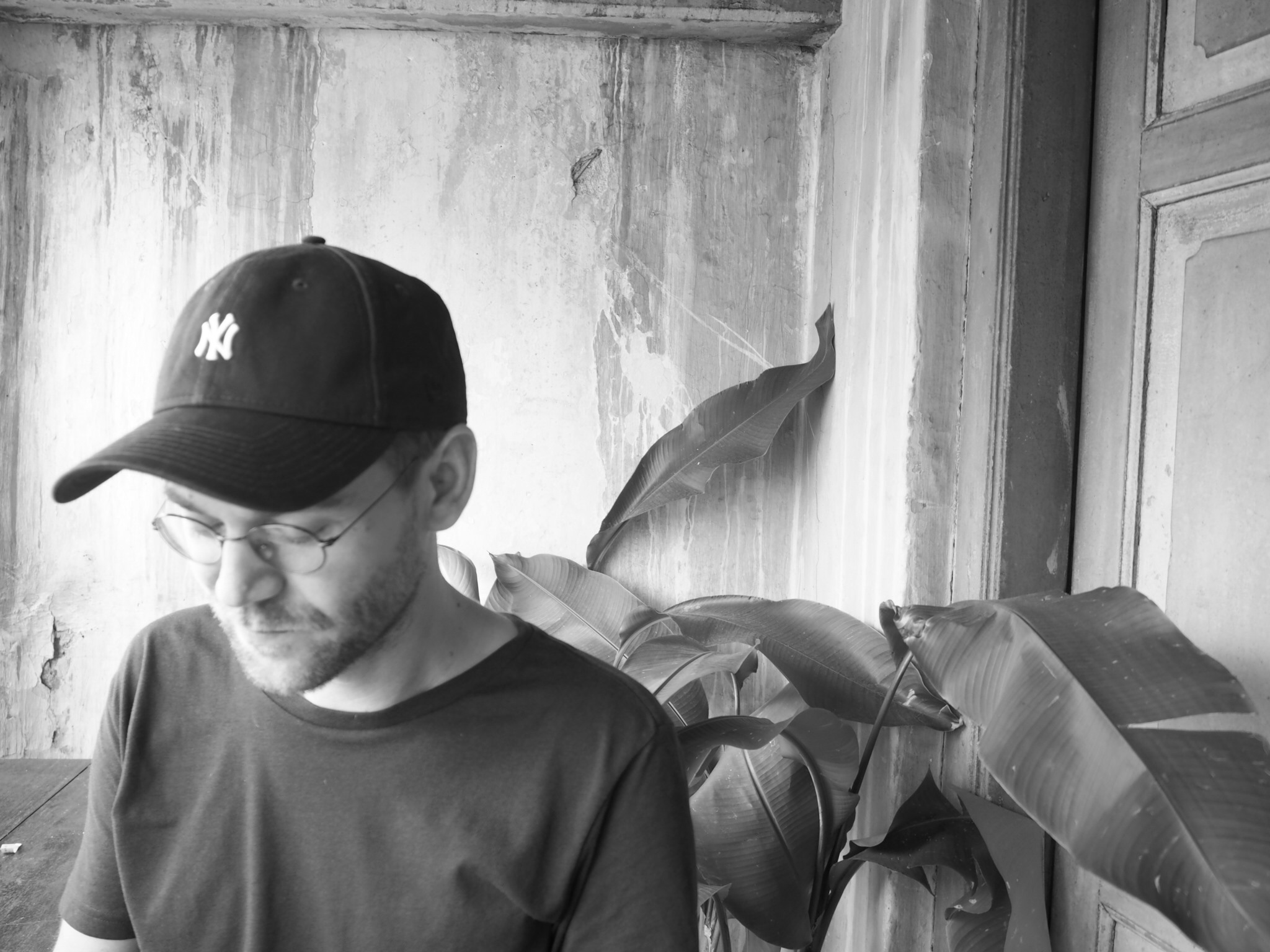 We sat down with remix guru and a damn nice guy Patrick Müller who you may know better when he uses his alias, Patlac. We enjoyed some craft beers in the sun as I learned about his 15 years on the house scene.

In a city as sun deprived as Copenhagen you will have to be quick to find that perfect table in the sun. The goddess of fortune grinned upon me and handed me a warm, windless spot at craft beer heaven, Fermentoren just as I walk in. I sit down and check my phone for progress, but no need since I already spot Patrick seconds later. Already as we shake hands I can feel that this will be a pleasant talk with a down to earth guy. I get us some fermented beverages in the IPA category and I can finally learn more about one of Hamburg’s finest DJs.

How it all began

Growing up in the rural one horse town of Bad Bodenteich a few hours outside Hamburg, Patrick was no where close to the underground that now consumes large parts of his life. He learned about house, underground culture, DJs and techno from watching Love Parade and Mayday on TV. When he and his friends became of proper age they packed a car and drove south to the legendary Melt festival. Only this was back in 2003 when it was still a small underground spot with 3000 guests and ticket price of 30 Euros. It was a simpler time back then. But all that doesn’’t matter because the Melt experience imprinted itself in Patrick.

– I already knew that I liked electronic music before, but after Melt I was in love. I have never been much of a dancer but I spent a lot of time listening and just being amazed by how the DJ mixed their tracks. They blew me completely away and I remember thinking: I wanna do this. To be fair, it is also easy to fall in love when you get to hear Miss Kittin, DJ Hell, Roman Flügel and Ricardo Villalobos who was just starting out at the time. This just sparked a fire inside of me, says Patrick with a big fat smile on his face.

The fire kept burning and Patrick, who now lives in the great port city of Hamburg, started collecting records and DJing in small bars with his friends. The goal was never to make anything out of it. It was just a perfect way to have fun and party with friends. But the house scene had other plans for Patrick. 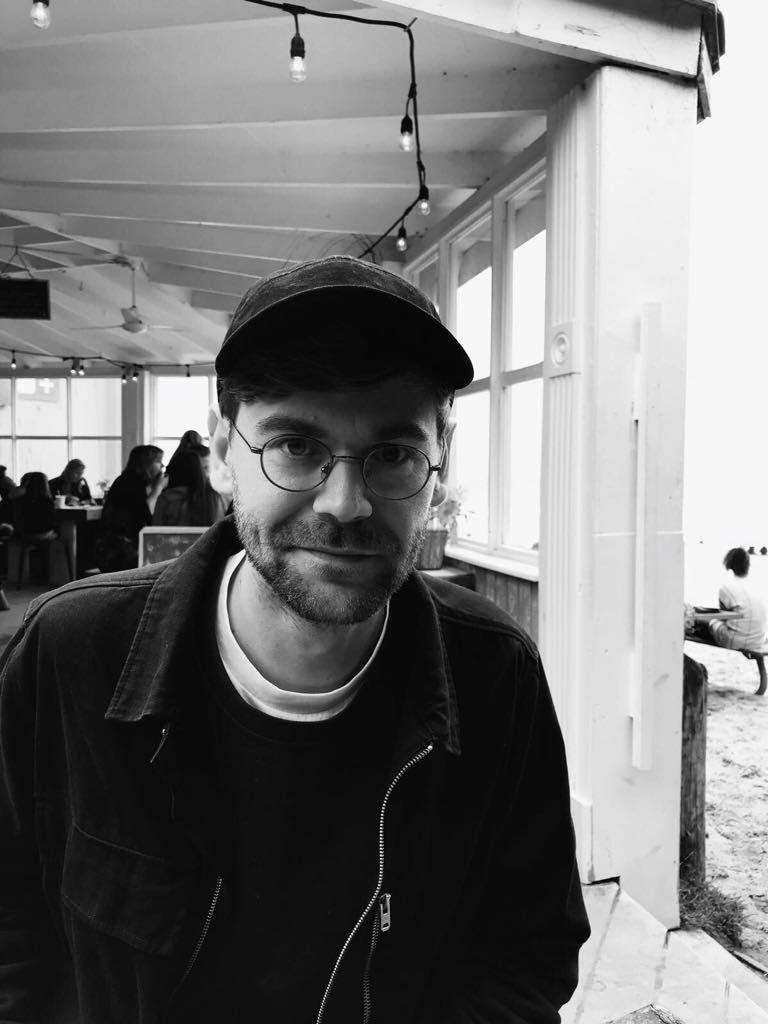 As Patrick was collecting vinyl and just having fun DJing on the weekends the interest for him grew. He soon had to pack up his records and play other cities and countries. And even though his mother did not understand why Patrick had to travel to a new city that probably had DJs of their own, he still did. His sound was sought after in Spain, the Netherlands, US, UK and Italy to just mention a few. As he gained momentum in both booth and studio his ability to create groovy moods and energetic journeys became in demand. His brand of deep house caught the attention of labels like liebe*detail, Moodmusic, Soulfooled and Connaisseur Recordings. The last one in particular.

– I had a creative and quite productive spring back in 2017 where I produced a lot of music that I was really pleased with. When I had about 15 different tracks I started sending them around and quickly the guys of Connaisseuer Recordings got back to me. They actually liked all of it and wanted to make an album. I was just blown away to be given this chance, because I never set out to do a big production. There is a special feeling to seeing your name on an album, says Patrick and continues.

– But I have always preferred doing remixes. For me it can be a really tough process to create something from scratch. I prefer putting my touch on other peoples creations and spinning it just to my liking. I don’t know exactly why this tickles my fingers so much more than doing my own music, but I guess that I am just more of a DJ then a producer really, says Patrick as he empties his glass.

Since mine is empty too, it’s time for a refill. As I stand and try to decide between a lager, blown ale and stout so black that some people want to deport it, I realize that I don’t even know if Patrick does his music full time.

Back at the table with fresh supplies I find out that is not the case. He did tend to his alter ego full time for 9 years, but now he is back to his first trained profession as a carpenter.

– At first I had a lot of fun doing music full time. I got to explore my sound and really get into the music. But it got very stressful making ends meet and I really don’t like to worry about paying my bills. Towards the end it did not feel that good any more. I would play my gigs over the weekend and for the first half of the following week I did not even feel like listening to music. That’s not the way it is supposed to be. Going back to carpentry I have my bills paid and I really look forward to my studio time and my gigs. It felt really good to get music back to being a hobby that I love, says Patrick.

And speaking of things that make Patrick smile it is impossible to not talk about Hamburg. The place where he found the love for DJing with his friends, the place where he still plays vinyl and where he daydreams on the bus.

– I love my city for a lot of reasons. In regards to DJing we don’t get that many tourists in Hamburg, so you mainly play your music to locals that have heard you before. Meaning that you really have to stay sharp and improve your game if you wanna keep playing. It is also the only place where I still play vinyl and it just gives me so much joy returning to those roots. For me it is just a super different and great feeling to flip through the 80 records I bring and making them work compared to scrolling through a massive library on my usb stick, says Patrick and continues to describe his love for the often overlooked German city to the north.

– When I commute to work I have a bus ride that takes me across most of the city. It is both soothing and inspiring for me to sit by the window with my earbud selection of the day and just take in a beautiful city. I guess there is some kind of zen for me in this, says Patrick with a smile as the official part of our talk draws to a close.

As a final remark for this talk Patrick is the only DJ I have ever talked to who said that he actually likes it when somebody in the crowd suggests a track.

– Naturally I’m not a fan of somebody suggesting something in a completely different category of music. But if they suggest a track within the musical style of the evening, I love it. I might not end up using exactly that track, but it will put my mind to work toward what I could select the rest of the night. Who feels the vibe of the dance floor better than the dancer!?, Patrick asks.

After the recorder was turned off we also ended up talking about how we often miss great unknown DJs because there is so much emphasis on the big name DJs, Patricks love for warming up the crowd with long sets and his residency at Watergate in Berlin. But as our glasses run empty I have mostly one thought in my head. I can not wait to hear this guy live!