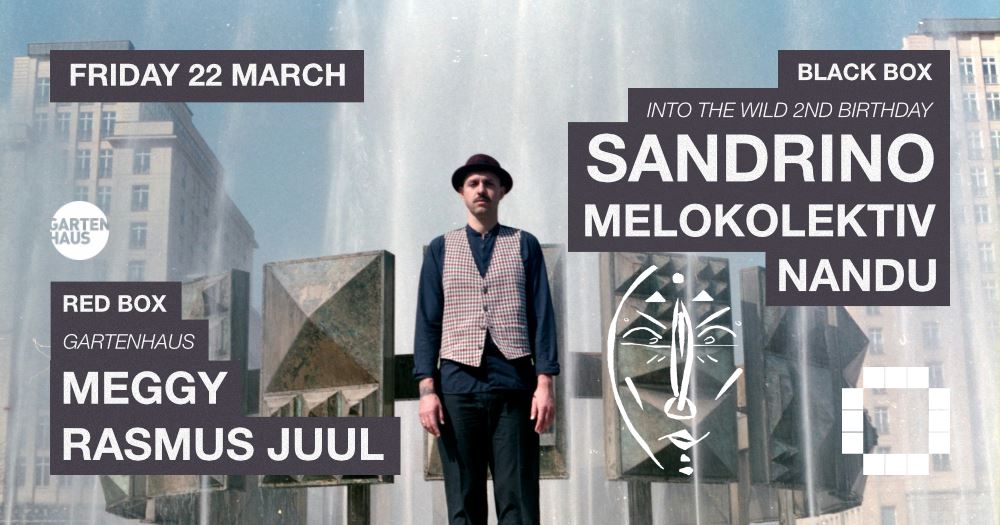 Nandu’s Into The Wild nights turn two and he brings Sandrino (one half of Frankey & Sandrino) who’s famous for music on Sum Over Histories, Innervisions, Drumpoet Community and Kompakt. Sandrino’s passion for life is driven by his longtime love of house music in all of its forms. Melokolektiv from France also jets in to play. He has released music on Crosstown Rebels, Kindisch, Get Physical, OFF recordings and has also launched his own label AZZUR.

A is for Awesome; B is for Bouncy; and C is for Cute. Into The Wild has already mastered the ABC’s by age two! Happy Birthday!

Danish label Gartenhaus with main man Rasmus Juul at the helm takes control of Red Box with Berlin star Meggy playing her first gig at Culture Box. She made a name for herself while DJing at Berlin’s Watergate and Bar25. Add to that, she’s also been releasing her own music on Suol since 2013.

Did we forget to mention about the Golden Hour? Pick up unlimited free Tuborg Gold from all the bars between 11pm and midnight.