cphdeep | Jus-Ed - The Teacher
Edward McKeithen has been spinning records for the better part of 50 years. He has been down and out but through the 12 steps found his way back to music. He is pushing 60, but thankfully he continues to teach the young people which giant shoulders we are standing on at 3am while sweating it out on the dance floor.
Edward McKeithen, Jus-Ed, Berlin, usa, house, deep house, UQ, Underground Quality, Tresor, DJ, Producer, Berlin
3882
post-template-default,single,single-post,postid-3882,single-format-standard,qode-music-1.0.2,qode-news-1.0.4,ajax_fade,page_not_loaded,,qode-title-hidden,paspartu_enabled,paspartu_on_bottom_fixed,qode_grid_1300,qode-content-sidebar-responsive,qode-child-theme-ver-1.0.0,qode-theme-ver-16.7,qode-theme-bridge,disabled_footer_bottom,wpb-js-composer js-comp-ver-6.7.0,vc_responsive 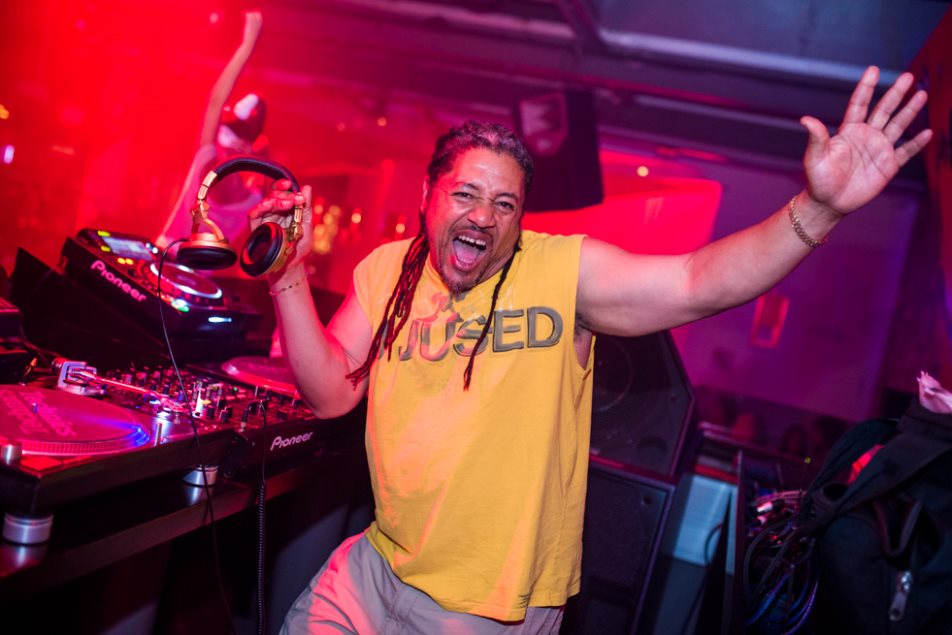 Edward McKeithen has been spinning records for the better part of 50 years. He has been down and out but through the 12 steps found his way back to music. He is pushing 60, but thankfully he continues to teach the young people that they are standing on the  shoulders of giants while sweating it out at 3am.

If you don’t know Jus-Ed, let me lift up the musical rock that you might just have been living under. He is a resident at Tresor, runs the Underground Quality record label and can make even the most stubborn people move their feet. He is quite simply a pleasure to dance to.

I meet up with the underground legend on a gray afternoon in the outskirts of Copenhagen. We had a talk about MCing, educating the dance floor and how he pulled through dark times only to come out stronger.

Edward grew up in a good Christian household where God and music had held high regards. Jazz records were on rotation, he learned to love classical music from Bugs Bunny and Ed and his brother were taught the magic art of percussion. But it never really caught on to play just the notes.

– I’m forever grateful that I got music in the bottle as a kid, but learning the xylophone rigidly with a left, right, left and then right, right. couldn’t really keep my attention. I wanted to create something that wasn’t there. Something new, tells Ed.

So he did. He started DJing at the age of ten and through his adolescent years he would be throwing parties. House parties where the parents would allow it that night. A basement, a hall or a small room would do just fine. Here is where the love of DJing started and it has only grown stronger. But it wasn’t always a springtime love story. 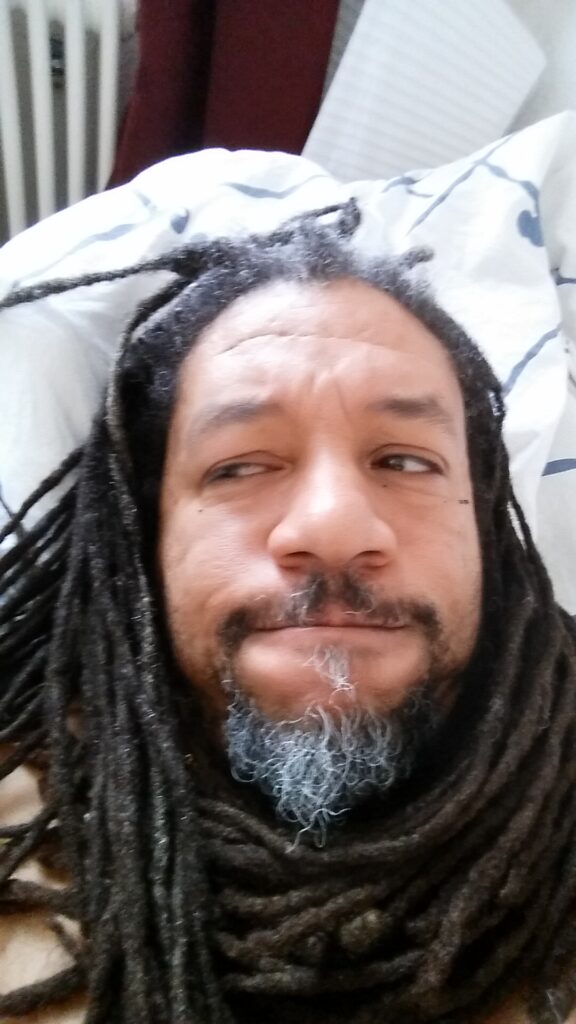 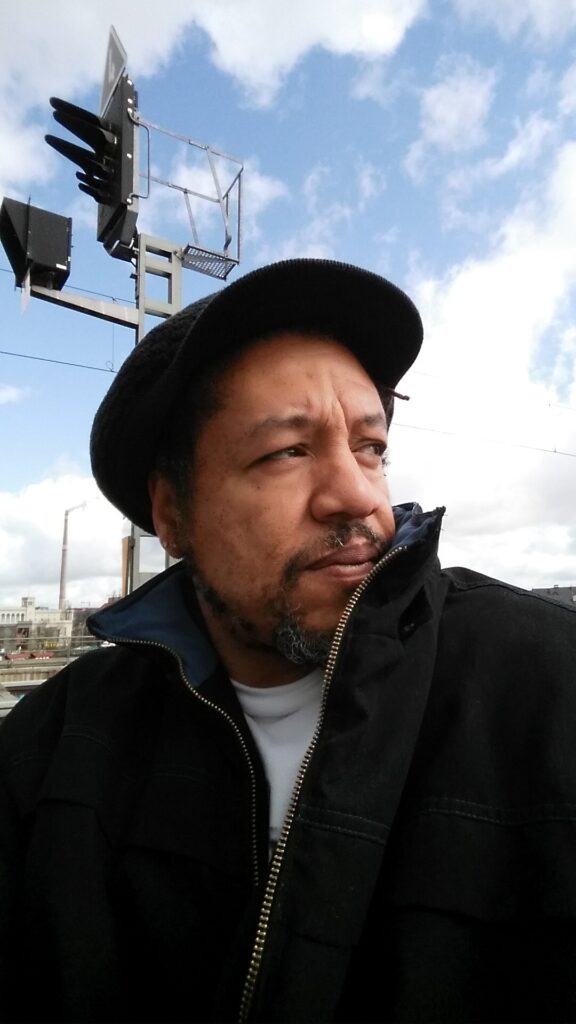 This next sentence might shock a few people. Where you find electronic music, there is a good chance that you’ll find drugs too. Mind blowing, right? Seeing as Ed was a young man in the 80’s he knows first hand about this.

– The 80’s was the absolute best and worst time to be an addict. The three big ones: coke, crack and heroin were everywhere. Because of an overflow in these three, weed was actually more expensive than the designer drugs, tells Ed.

The above mentioned drugs and alcohol was a big part of Ed’s life. So big that it almost ruined him. He went from being a DJ on the rise to going in and out of prison and living on the street.

– I went in for my last stretch in prison in ‘96. At this point I should have had a platinum member card. But there ain’t no frequent flyer miles in the US penal system. I was at my lowest and I realised that if I kept going down the road of intoxication and crime I wouldn’t be here for much longer. I decided to get sober. Which is not necessarily easy in prison — the documentaries you have seen are very accurate, says Ed and continues:

– In prison there really only is the 12-step program if you wanna quit your toxic behaviour. I always had a problem with the second step: We came to be aware that a power greater than ourselves could restore us to sanity. But I finally understood that God does not have to be this crazy religious figure. I firmly believe in God, but to me it means Good Orderly Direction. I really need to fix myself and with this wisdom and the help from my sponsor, I actually did. I got out in ‘99 and that was my last time. Alcohol and drugs are no longer a part of my life and now I can spend time on what really matters. My kids, friends, fishing, photography and naturally, music., says Ed.

A big moment for Ed was that his godsend AA sponsor got to see him return to the decks. That is one of those moments Ed will always keep in his heart. 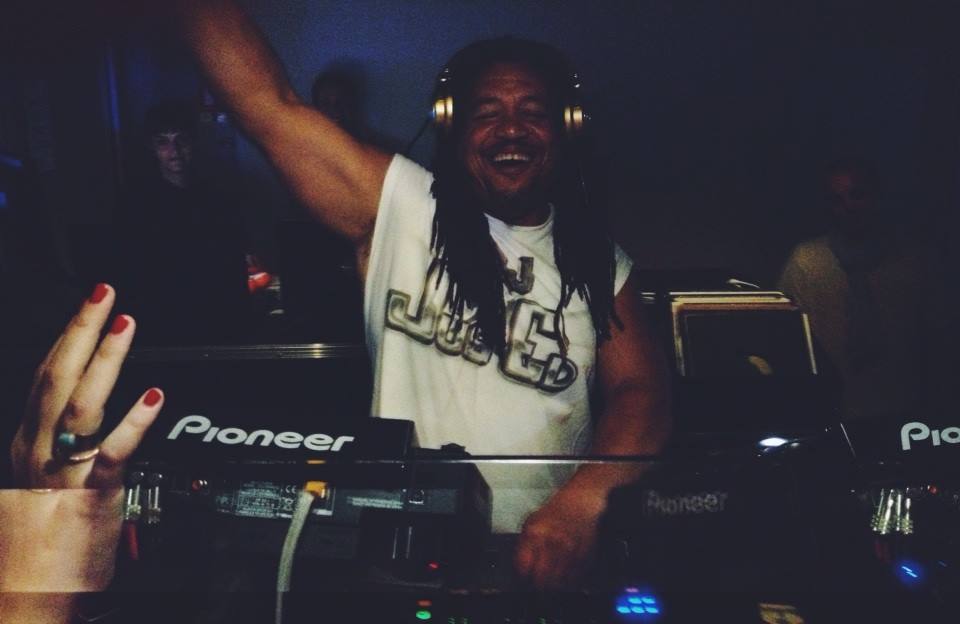 Ed started out DJing almost five decades ago. He has been around to see a lot of genres bloom and fade away and through more musical fads than he can count. He is soon to be 60, but as we all know, the club always stays 22. I would like to know if he feels an obligation to educate the dance floor. To which he answered very quickly:

– Oh definitely. It is my responsibility not only to present new music to the dancers, but to put it into a new, modern context. I don’t necessarily see a lot of filming at my show, but I do see a lot of shazaming going on. So, I must be doing something right. Also, I need to have enough time behind the decks to tell a story — that’s why you won’t see me play anything under three hours. There simply isn’t enough time for me to tell a story and build a set. I come from a culture where the headliner never played less than six hours. It is our responsibility as DJ’s to not only relax the dance floor and make them have a good time. They should leave with something they didn’t expect going in, tells Ed. 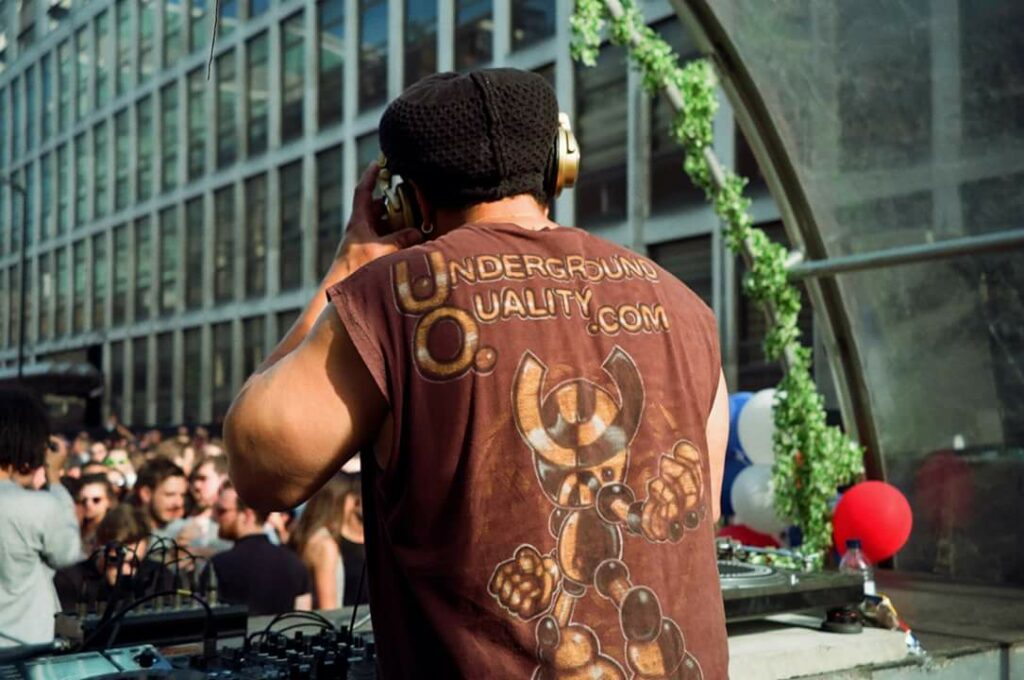 Too many MCs, not enough mics. Lyrics made legendary by the French trip hop group, Chinese Man. For house music I will dare to say that only the first part of the sentence holds up. Every time I see a DJ going for the mic it sends chills down my spine for all the wrong reasons, but not when it comes to Jus-Ed. His silky smooth voice is like butter in cooking. You can never really get enough. But how did he master the skill that so many others simply don’t? DJing at a gentlemen’s club naturally.

– I got the job to DJ in this gentleman’s club, where my pay was decided by the amount of tips that the guests were giving to the ladies. So, I had to overcome my shyness and play the game. It was all about targeting the guests so they know that the spotlight is on them to pay up for the experience. At the same time I couldn’t be too straight forward so they would be insulted. It was a difficult line to walk at first, but I got some good advice from the dancers and we made a pretty good team, tells Ed.

Besides setting the mood in his sets and letting the dance floor know that they can relax and just enjoy the music, his MC skill has also helped him in some more peculiar situations.

– I had a gig in Paris some time ago. There was a guy who came up to talk, which I personally don’t mind, but he just wanted me to play techno. At first I just explained to him that it’s not what I do, but he kept bugging me. His friends even tried to get him to stop, but his mind was set on techno. So after enough of his shit I got on the mic and did my usual: “How are you feeling out there?”. The crowd responded well so I went for it: “Well, would you tell this motherfucker here to stop requesting techno?”. Pointing him out from the booth. At that point the crowd just exploded. Went on to say: “Hey security. If this motherfucker comes up here again, please remove him and get him out of here.”. I’ll cover his entrance, says Ed with a big smile on his face.

MCing in house music when done right is a beautiful thing. 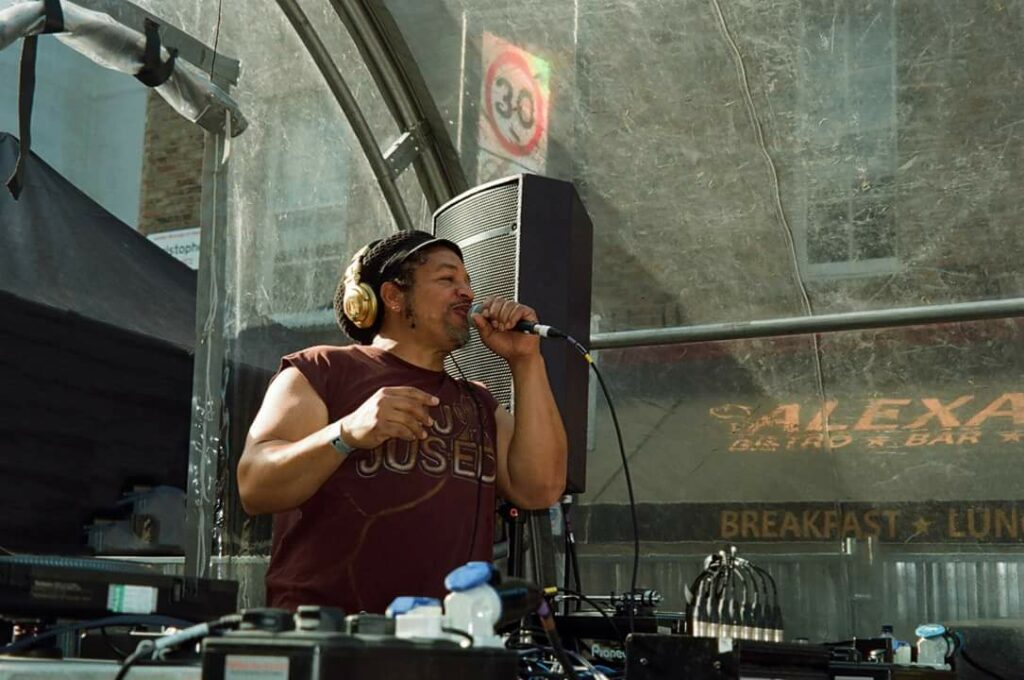 Finding peace and a path

Ed is pushing 60, has a hip replacement and does not play vinyl abroad any more since the weight of the records simply is too much to log around from gig to gig. Or to put it in more simple terms: Ed has almost 50 year of experience with music and it feels only natural to finish off the article with some sort of advice from this juggernaut of the underground.

– I find a lot of joy in the smaller things now. Photography and especially fishing puts my mind at ease. I’m from Bridgeport on the east coast, so I have always been close to water. I haven’t started only choosing gigs close to the sea yet, but I don’t rule it out, says Ed, and lets out a big laugh. He continues:

– But if I am to give advice to anyone it would be to start playing chess. For someone like me who has had trouble looking more than just a few moves ahead, playing chess has helped me in real life too. I started playing chess during my last stretch in prison and realised that if I didn’t start looking more than one or two steps ahead I would keep coming back and my life would be wasted, tells Ed.

All good things must come to an end and so must my time with one of my absolute favourite DJs. If you wanna get more of just Ed, I highly recommend his latest release HERE or his soundcloud where there are days worth of long sets. Also, check out how handy Edward is with a camera — check out his 2022 calendar HERE.

Thanks for the music Ed — thank you so freaking much.