cphdeep | unnamed sessions #29 Braunbeck + exclusive interview
Spending my Saturdays meeting up with strange men I have only chatted with online is always a pleasure. Today I feel especially lucky, since Fabian Braunbeck has taken time out from his weekend layover in Copenhagen to sit down with me. He was here last in August, when Rasmus Juul of Gardenhaus brought him up for his first gig in our great capitol.
Braunbeck, Sol Eterno, DJ, producer, house, techno, Watergate, unnamed sessions, Berlin, Watergate Records,
3430
post-template-default,single,single-post,postid-3430,single-format-standard,qode-music-1.0.2,qode-news-1.0.4,ajax_fade,page_not_loaded,,qode-title-hidden,paspartu_enabled,paspartu_on_bottom_fixed,qode_grid_1300,qode-content-sidebar-responsive,qode-child-theme-ver-1.0.0,qode-theme-ver-16.7,qode-theme-bridge,disabled_footer_bottom,wpb-js-composer js-comp-ver-6.0.4,vc_responsive 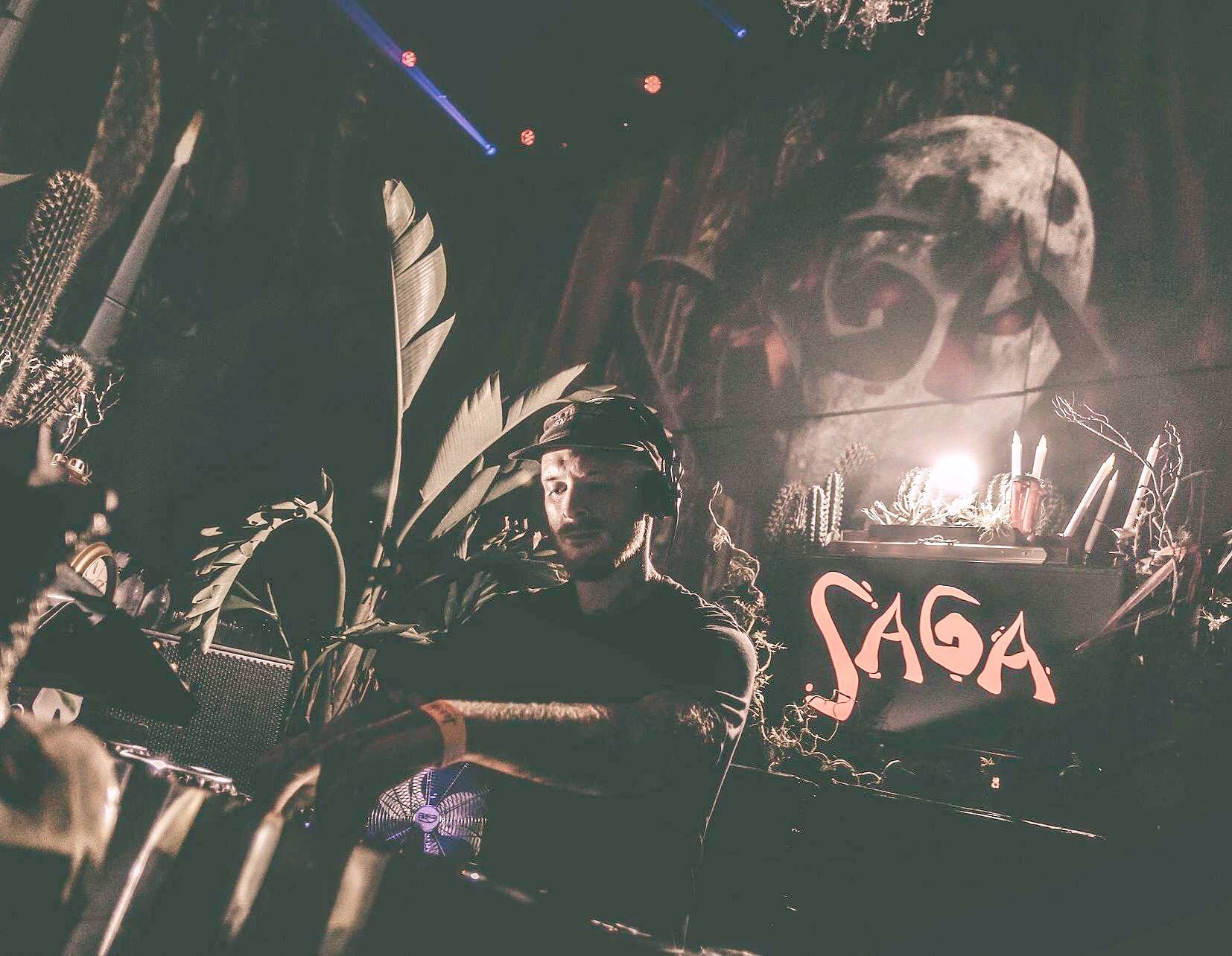 The old Red Light District of Copenhagen has cleaned up very nice. Especially the west end of Istedgade has been brutally beaten with a gentrification stick. Polished and expensive it stands – you would have to walk several minutes to windowshop human trafficking and stepped-on blow. In this now vast sea of avocado-on-rye and oat milk cappuccinos I meet with DJ and producer Fabian Braunbeck. Join us as we talk about Berlin’s gentrification, patience and more.

Spending my Saturdays meeting up with strange men I have only chatted with online is always a pleasure. Today I feel especially lucky, since Fabian has taken time out from his weekend layover in Copenhagen to sit down with me. He was here last in August, when Rasmus Juul of Gardenhaus brought him up for his first gig in our great capitol.

– I must admit that I like Copenhagen, so it’s really nice to be back for a visit. It’s kind of a more cleaned up and less hectic version of Berlin, says Fabian as we sit down and I get ready to learn more about Braunbeck. 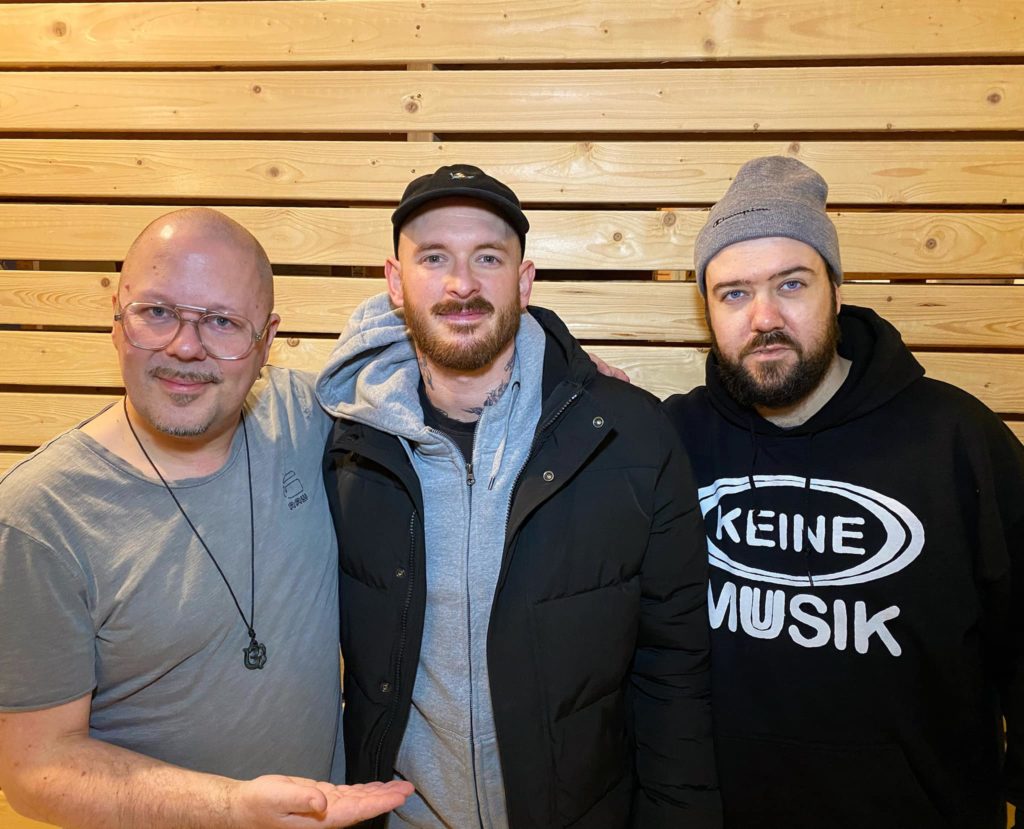 Resident with a view

In the dark ages, you know before there was Soundcloud, Grindr and gluten allergy, Fabian grew up in the small town of Ludwigsburg, near Stuttgart. As a kid of the 90’s Fabian got his music fix through the local record store, where he spend a lot of time listening to records. At home it was not uncommon to find Fabian sitting by the radio; ready to press the red button, so the tunes would record to his cassette tapes.

Music was a companion from early on and when Fabian starting going out at 17, it did not take long before house and techno music had a grip on him. At 20 years, he was throwing parties at Rocker33 with a friend. Since then his head has been deeply emerged into the electronic sound and the culture surrounding it. Music is now a hobby with a build-in full time job. He is co-owning a record label, playing all over the world and is a resident at infamous Watergate.

– It feels really good to be able to do music full time. My bills are payed and I get to work every day with my passion. It is such a privilege to live like this. Even though the travelling and acclimating your sober self for a 6 am gig can be hard, I would not change it for the world. I feel really good that I get to put my imprint on Watergate and be part of such a fantastic venue. There I usually get to play long opening or closing sets and really take the dance floor on a journey. When I get to cruise across genres, draw a thin red line through out a set and really connect with the dancers – well that is just one of the best feelings in the world, says Fabian, and sips his ginger tea. 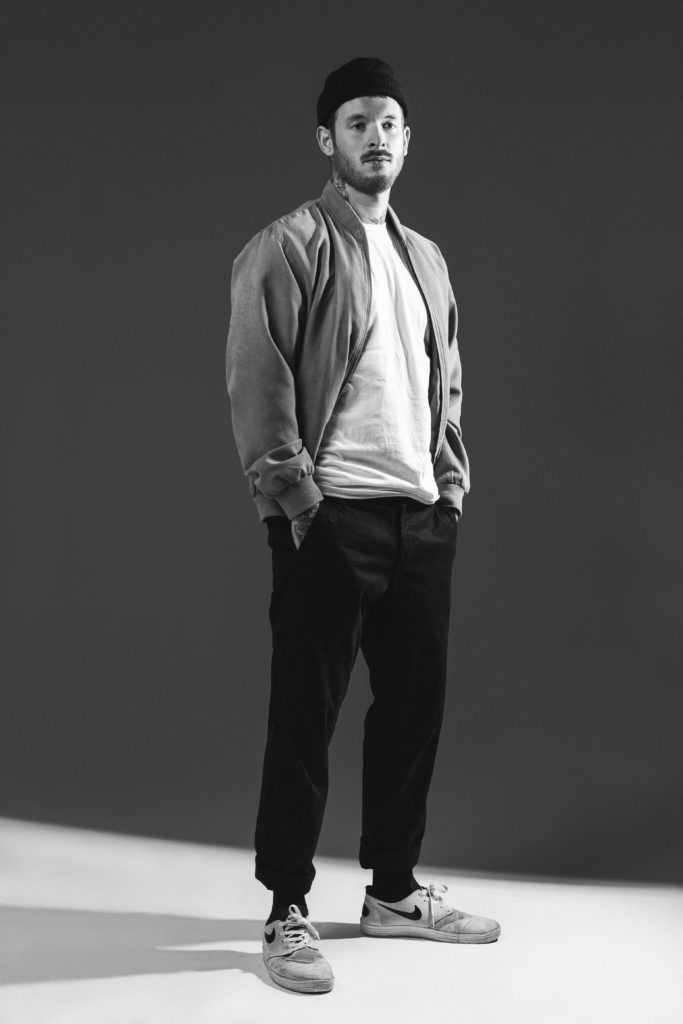 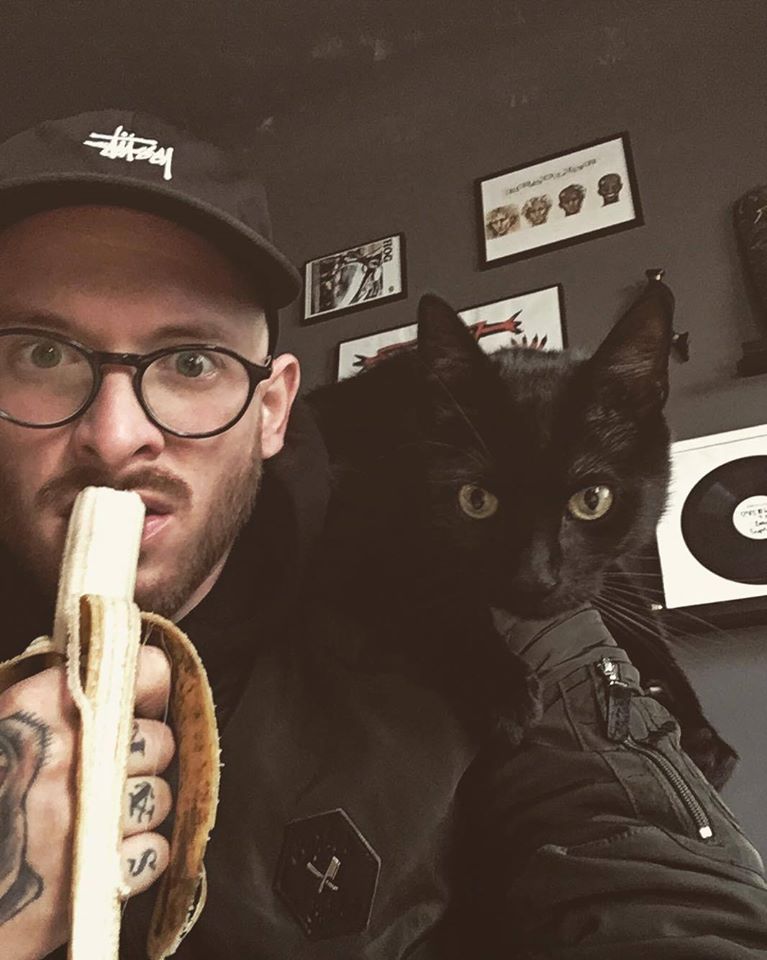 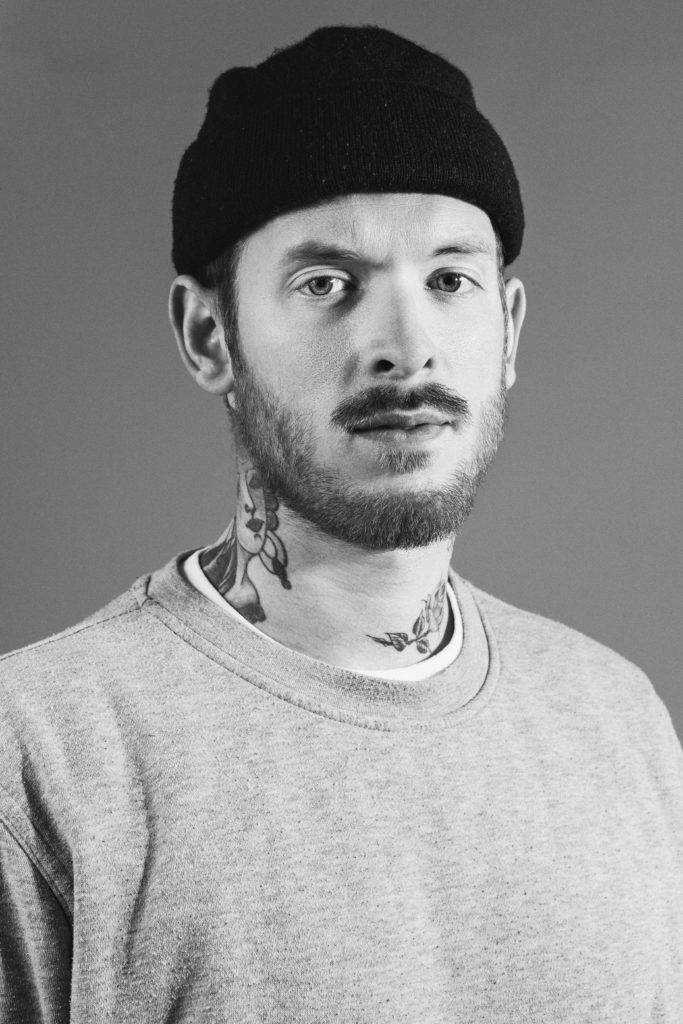 Since Fabian started DJing and producing 11 years ago, a lot of water has run under the bridge and it is a completely different game now. With the internet, there is an easy access to connect, find gigs, public tracks and even seek help from established names. One thing Fabian remembers from back when he started releasing music, is the impatience to succeed. An impatience he can now recognize from upcoming producers contacting his record company, Sol Eterno.

– Some years back, I was sharing a studio with my friends at Keinemusik. Seeing how well they were doing already then, I was super impatient to get my time in the spotlight. So, I was producing a lot and sent all of it for example to Rampa for a listen. I guess he knew I wasn’t ready yet, so he told me to do 100 tracks and then come back to him. Looking back it was just an amazing advice. When I compare the tracks from five years ago to now, there is just a depth to the tracks I produce now, that does not compare to my previous productions. So to all the hopeful producers, take the advice of Rampa: Produce 100 tracks, says Fabian.

As we all know patience is a virtue that Fabian does not have to practice as neurotically anymore. With his own recording company, releases on Watergate Recording and gigs in Indonesia, Israel, Netherlands and UK, to mention a few, Fabian is inserting Braunbeck in the great techno conscience. 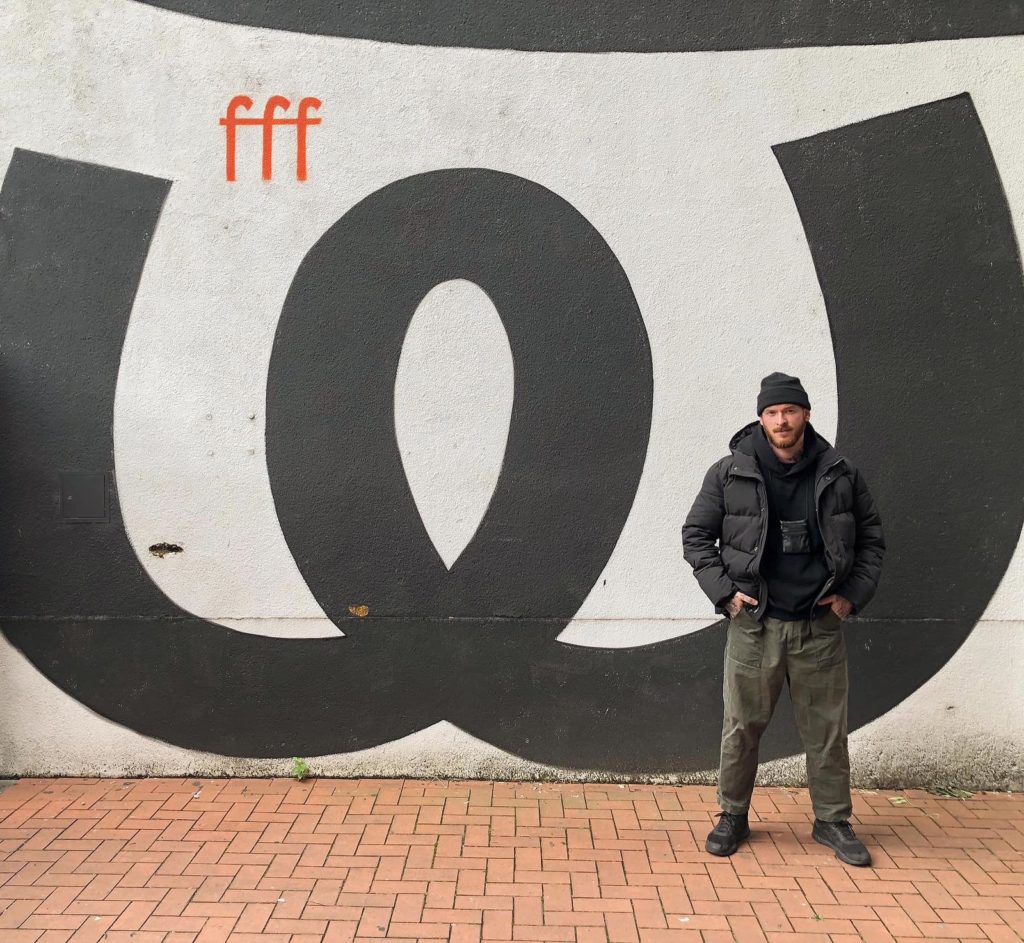 As Fabian is putting himself on the map, the club map of Berlin is getting reshaped as we speak. An inevitable development when hedge funds do their best to reshape a non-profitable creative space. New York and London are the prime examples for how money talks. Landmark clubs like Rummels Bucht and Griessmuehle have already closed down and more will most likely follow soon.

– It’s a sad but also inevitable development. When big money moves in, the creative spaces get muscled out. The struggling artists, of whom there are many in Berlin, will have to look for alternatives. Usually that means going further away from centre. That at least have already happened. When I first moved to Berlin I use to come to Mitte a lot to party, but now I am almost never there. My beloved Watergate has just signed a new lease, so we will stay open for now, but I think it’s a matter of time before somebody turns it into another hotel. The gentrification is definitely happening, but it might not be moving so fast after all. Before I moved to Neukölln, I lived in Wedding for five years. Here the talk of gentrification was constantly ongoing. But the crackheads at the U-bahn station told a different story, says Fabian, with a grin on this face and continues:

– What is actually happening in Wedding is a beautiful development, where the empty shops and houses are being taken over by locals. They will then create something that is actually needed in the neighbourhood instead of another Starbucks. Also, I know that Wedding is still up-and-coming because It’s a really hard sell to convince friend to come out here for the night – even if there is a great party going on, says Fabian.

I have said it before and I will say it again. Out of all the different groups of people that I have interviewed DJs tend to be the absolute kindest and open group of people ever. Fabian not being any kind of exception to the rule. It is a pleasure to sit down for a chat with nerds of their field. Honestly, I am just a bit annoyed that I only almost went to Culture Box to see Braunbeck perform back in August. At least now I know not to pass up an opportunity like that again.