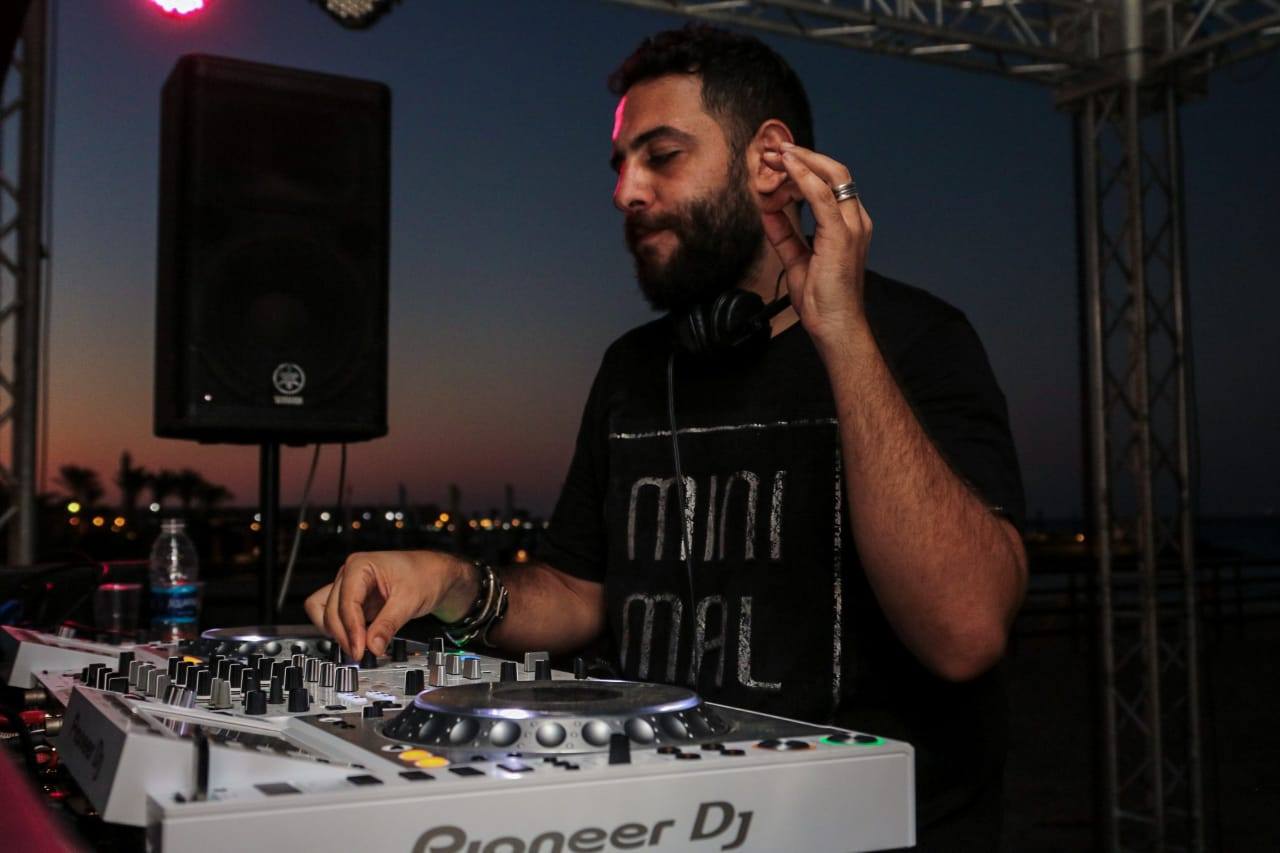 The name Evan Mars is not recognised by the house and techno community. Despite hard work, great talent and dedication to his community the big break is still ahead of him. Hailing from war torn Syria, the 31 year old DJ, producer, radio host and ghost producer has been hit hard by the travel ban and is currently stuck in Egypt. Here is the first but most likely not the last time you will hear the name Evan Mars.

Sitting in the western part of the world one can’t even fathom what it means to have your beloved home country torn apart by the atrocities of war. Soon we will enter the tenth year of the ongoing conflict. Even though the war has torn Evan away from his home and family he does not wish to talk about the conflict.

– This war has affected millions, destroyed the homes and livelihood for almost everybody, but I don’t feel that it is my place to talk about politics. I want to speak the language that I know. Music. People need something else to rally around than death and destruction. I have but one thing to say about the conflict: I hope and wish that Syria will rise from the ashes stronger than before, says Evan with a flicker of hope in his voice.

Now that the elephant in the room has been addressed and served, we can get to know Evan Mars a little better. 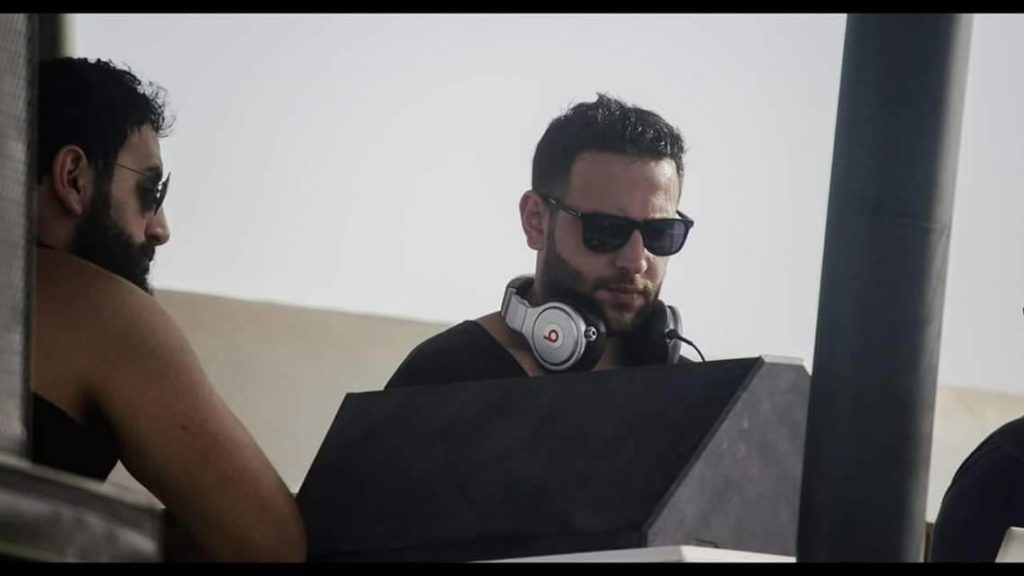 Falling in love with music

We all remember our first childhood passion. Some fall in love with soccer, others with singing or maybe skateboarding. For Evan his first and everlasting love is music. He remembers watching the Greek composer and musician Yanni on TV when he was young. It was absolutely mesmerising to hear this man play his tunes at some of the world’s wonders. So, it was a day of pure love when Evan’s father brought home a midi controller keyboard.

– It was love at first sight when my father came home with that keyboard. I would spend endless hours playing. As anybody starting out I didn’t hit the notes, so again my dad stepped in and found a teacher. These were just amazing childhood times in Damascus and I was slowly getting better. My teacher was patient and he taught me so much. One of the important lessons was the differences between Arabic and Western style of music. Even then I dreamed of making music a way of life, without knowing how to go about doing so, tells Evan.

Up until his early teenage years he was still fine tuning his skills on the keyboard, playing the guitar and mainly listening to Arabic folk music. This all changed when he was introduced to Armada Music Academy of Lebanon.

– I wanted to be the next Yanni growing up, but when I got into Armada Music I learned about electronic music. My head almost melted when I learned about the musical options that you have in Ableton. It’s just amazing to be able to control every aspect of a track yourself. I soaked up as much knowledge at Armada as I could. They taught me how to DJ, but also producing, mastering and mixing. I owe so damn much to Armada for opening my eyes to the wonderful world of electronic music. I feel that this community have great family values, which is why I wanted to give back to my electronic family, explains Evan.

Evan graduated from Armada Music Academy in 2008 and then he went to work. And not like Dolly Parton doing 9-5. Evan went to W-O-R-K. 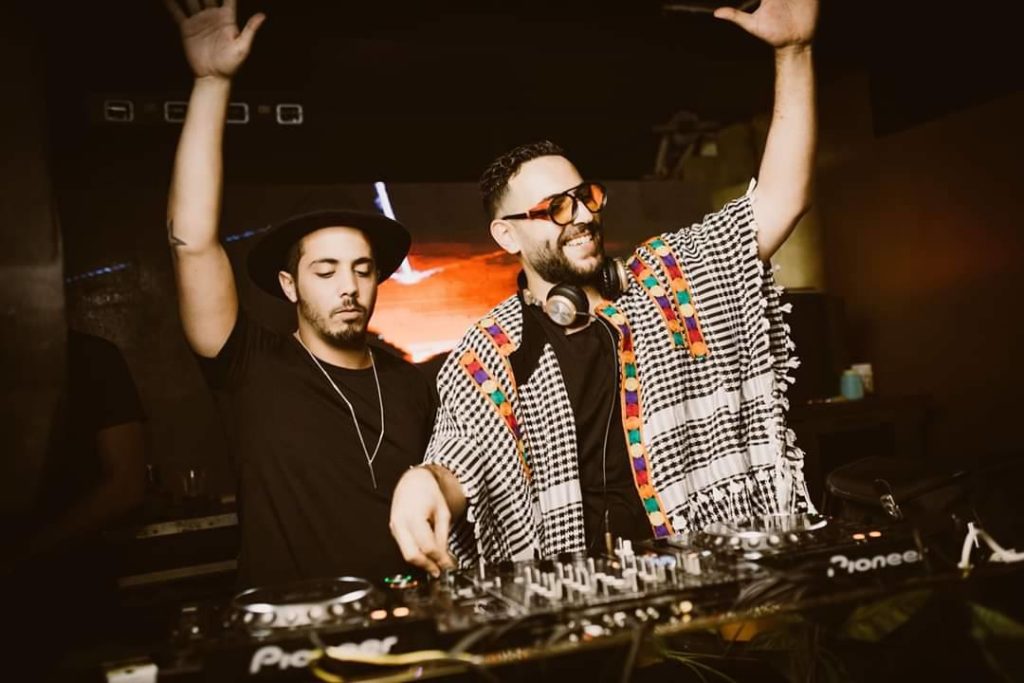 The year is 2008 and Evan is fresh out of Armada. Armed with knowledge and a thirst for music he started working hours that would send any union leader running for the hills.

– I was lucky enough to find work at Mix FM more or less right after Armada, which was the perfect incubator for me. I was able to really dive into the full aspect of what it means to work with music. I got to dig my fingers deep into voice overs, jingles, research, producing and just got my hands nice and dirty. I would work approximately 10-7, then hurry home to get some rest before I was DJing somewhere around 1 am. Then get up and start all over again. It was a really busy time, but it is also something I look back on with a smile on my face. Living and working half time in Damascus and Beirut was a true gift. I have nothing but love for the breathtaking electronic scene in Beirut, says Evan.

As Evan worked his ass off and enjoyed many good experiences in Beirut, he also wanted to give back to his community. Therefore Evan started his own imprint, Immortal Bass. 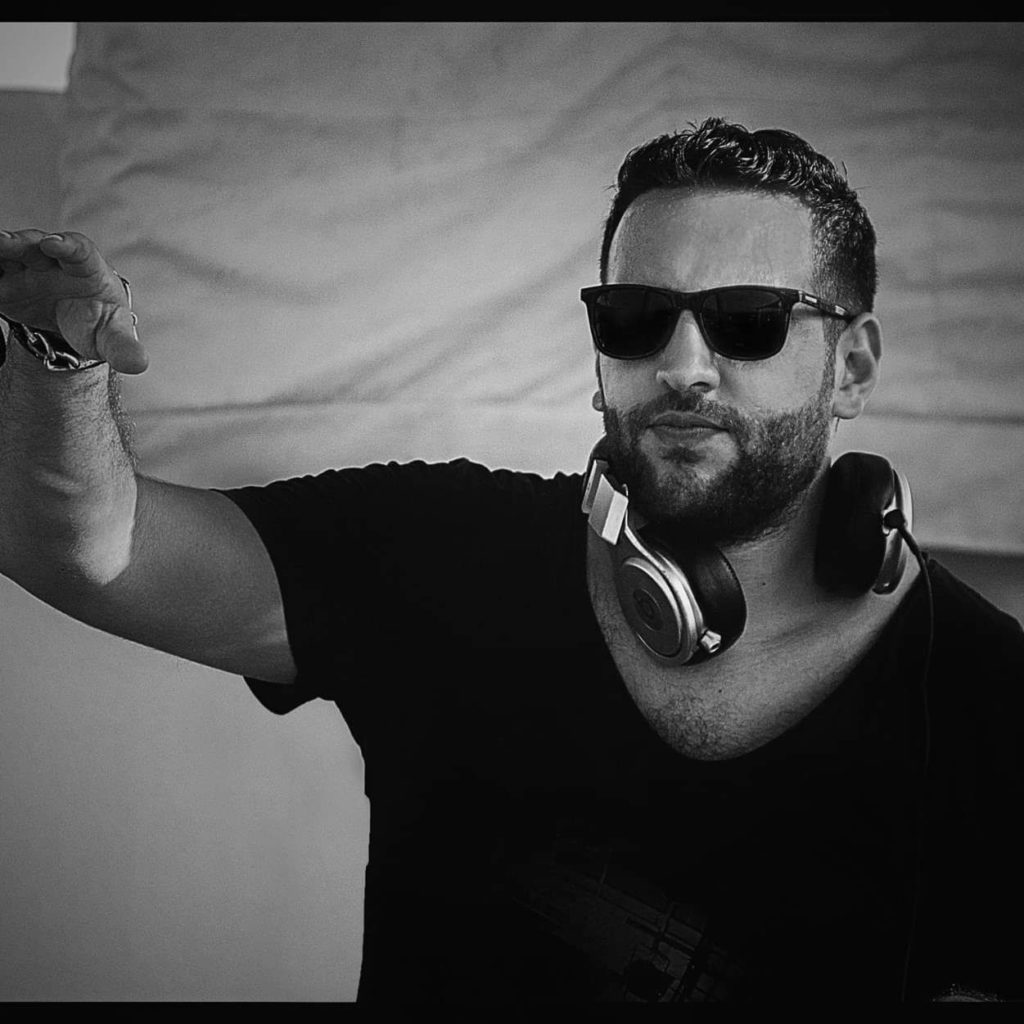 International superstar DJs are important for our scene to flourish and grow, but as any smart DJ knows, there needs to be a scene for stars to exist. Evan knows the importance of caring for the roots of the underground electronic music scene. His imprint, Immortal Bass is naturally a platform for him, but he also wants to display new talent and pass on his knowledge of progressive house, trance and everything in between.

– I am forever grateful for my time and what I learned at Armada Music Academy. It has without a doubt helped me to the path I am walking today. That is why I started Immortal Bass. I wanted to use my platform to give a home to people with the same dreams as me. So they can chase their dreams too. I teach young DJs, some time people who have never seen a mixer before. It feels fantastic when I can see that playing music ignites a fire in them. You should never forget where you come from. I want to create a musical family and with a little luck, watch it grow strong, Evan dreams.

A strong electronic music community is needed all over the world, but especially in places that have seen more turmoil spilled in a day than I have seen in a lifetime. Well, there it’s also about preserving culture and identity through their art. The scene in Syria might be non-existing right now, but hopefully one day it will blossom again. 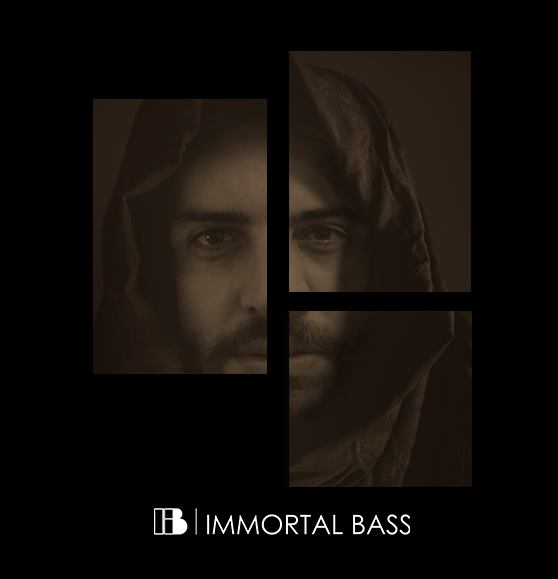 Before the war started in Syria there was a thriving underground electronic music scene. House, techno and trance was on the menu. Rave parties were a part of a good weekend if you were into the kind of thing. Evan misses the days when he could party on home soil, but since there is no scene anymore he wants to make us aware of some of the great talent we might be missing out on.

– There is a great amount of musical talent in our region that does not really get the recognition they deserve. From Syria, Goro and Boshoco and from Egypt Hot-Oasis and Shkoon are some names you should listen to. One of my favourites is Black 8, who is also a great friend of mine. He just produces some mind blowing music. Magdalena, Nick Warren, Hernan Cattaneo and Solomun have played his tracks, so I am just waiting for him to break all the way through. He really deserves to, and it would be great to see electronic music as we do it on the big stage. It feels unfair that he is not really able to travel with his music, even before COVID-19, tells Evan. 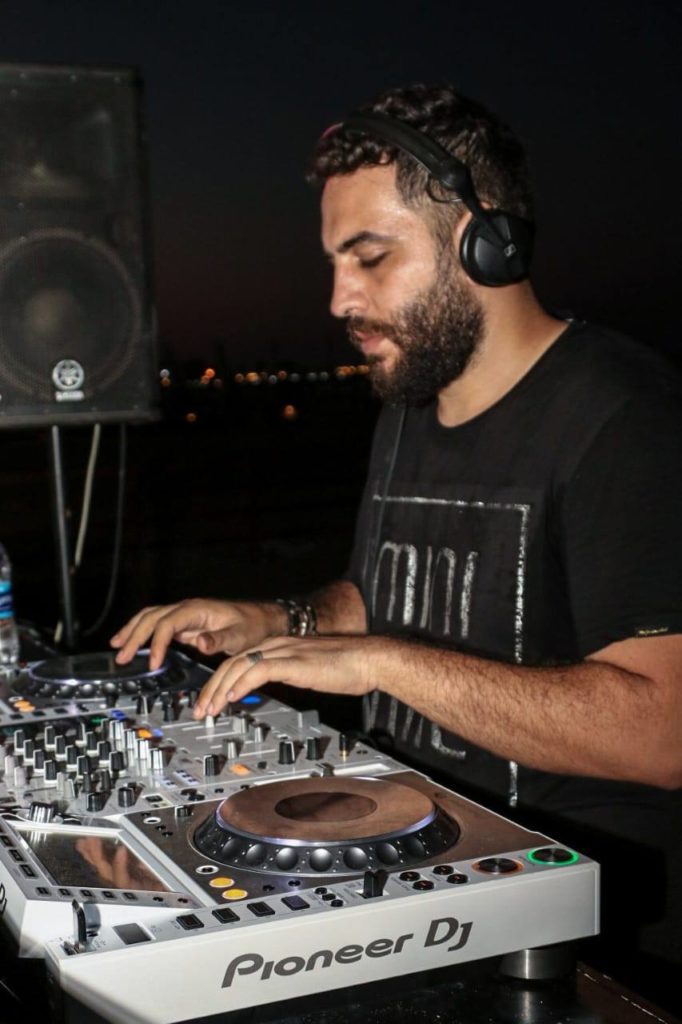 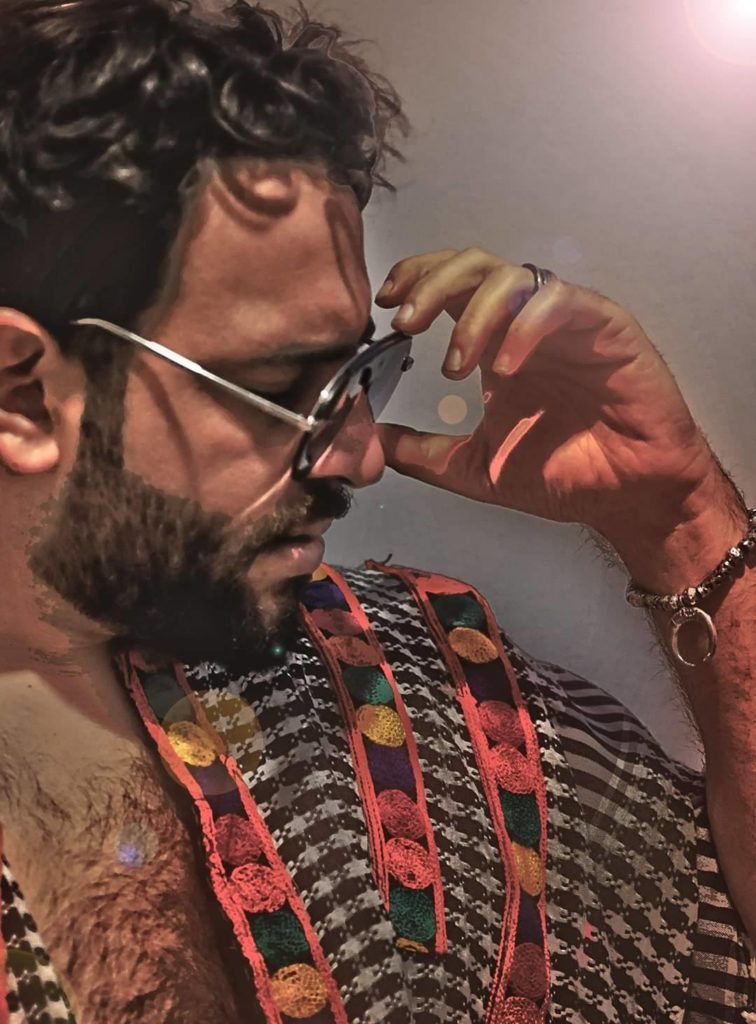 Evan had planed 2020 as the year where he was going to put it all out there and make his way to Europe to pursue music on the big stage. COVID-19 put a pause on this plan for now. So how does Evan spend his days while dreaming of Europe?

– I have pretty much locked myself in my studio at the moment. This period has been exceptionally productive – what else is there to do?, Evan asks with a laugh and continues:

– I have done a lot of tracks. Many of them are ghost productions for some DJs you might just know. It pays the bills and I am blessed to be working, but I would love to put more music out there with my own imprint. I must also say that I enjoy being in Egypt for now. It’s just a beautiful country with so much talent in the electronic scene. I’m looking forward to the day where we can once again gather on the dance floor and forget race, war and politics and just let the music unite us as we dance, says Evan.

Evan is an artist who will move with the waves and I personally hope that the waves will lead him to his European utopia, so that he has the chance to really pursue his dreams. He deserves it. He speaks no politics, but only the language of music. A language that is welcoming to all that have love in their hearts.

Now it’s time for you to listen to an hour of electronic goodness mixed with a sprinkle of the magic Arabic sound. Take it away, Evan:

By MARTIN ESKESEN – Special thanks and love to AHMAD EL-HASSAN. Without his translator skills this interview would not have happened.