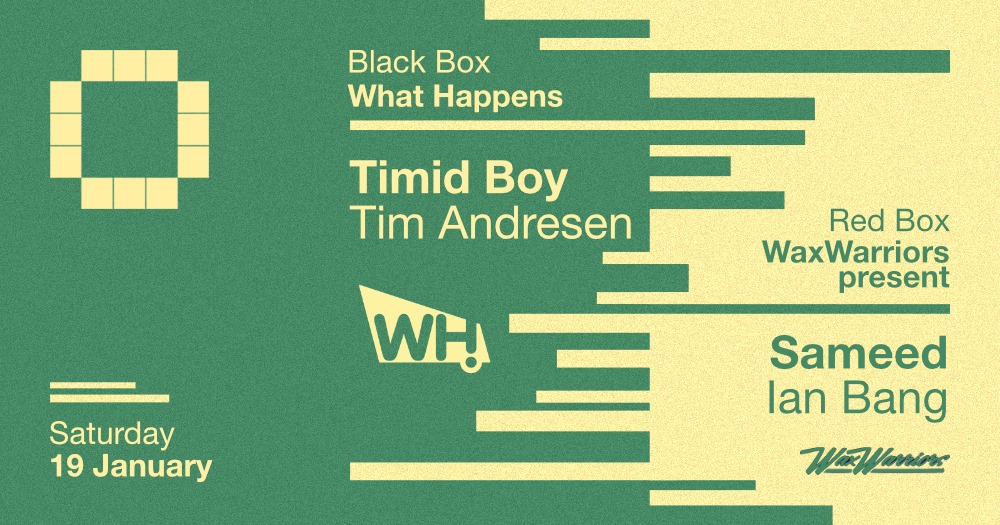 Black Box: – Timid Boy – Tim Andresen Red Box: – Sameed – DJ Ian Bang NB: Early bird tickets on sale at only €8 until 23 December! After that, the price is €12. Widely regarded one

Widely regarded one of Denmark’s leading international club nights, What Happens continue to bring us an endless list of the most exciting electronic music artists from all corners of the globe. This is no exception.

As a key player of the French electronic music scene, Timid Boy is a highly successful DJ, producer, party organizer, and also at the helm of his Time Has Changed label. His music endeavors became serious after he was invited by Ellen Allien to become a resident for the BPitch Control nights in Rex Club. Nowadays he is in charge of a party at Nouveau Casino and is often entrusted by CERCLE to close out their parties, notably in the Palace of Fontainebleau after Dubfire, or in Château de Chambord after Carl Cox. He has played at Bar25, Panorama Bar, Gazgolder, Fuse and D-Edge etc. His records can be found on labels such as Dubfire’s Sci+Tec, Nic Fanciulli’s Saved Records, Steve Lawler’s Viva, Form, Material, Set About, Bitten and Upon You.

Tim Andresen needs little introduction if you’re familiar with the history of Danish nightlife. He is the founder of What Happens and co-owner of the UK-based Savoir Faire Musique. He is the creator of well over 200 productions/remixes on high profile labels like Tenampa, Re:FreshYourMind and Younan Music to name a few. DJing has taken him to 40 different countries across Europe, Asia and South America and his musical talents resulted in him landing awards at Club Awards and Megamind.

WaxWarriors are in Red Box with a Manchester lad born of Iranian heritage, and now residing in Berlin after a long stint in Viet Nam. Sameed brings a unique sound to his DJ sets. His club sets merge his love for jazz, funk, soul, US house and techno, and the sounds of UK – garage, two step and broken beat. He hosts an NTS Radio show, runs ELE Records and produces for labels like Local Talk, Skylax, Banoffee Pies and more.

Ian Bang started out as a DJ 27 years ago! A veteran DJ and an experienced and award winning radio host, music enthusiast, vinyl enthusiast and an overall nice guy. For the last 4 years, Ian has also joined forces with the Copenhagen DJ, producer and eventmaker collective CPH DEEP, where he has been in charge of their radio show, and a part of planning many events including the infamous IG60 parties.

Get in early. We have unlimited free Tuborg Gold between 11pm and midnight to get your night off to a great start. 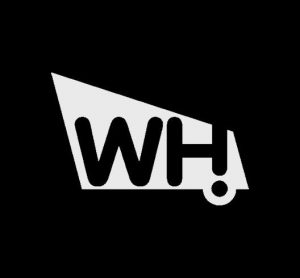