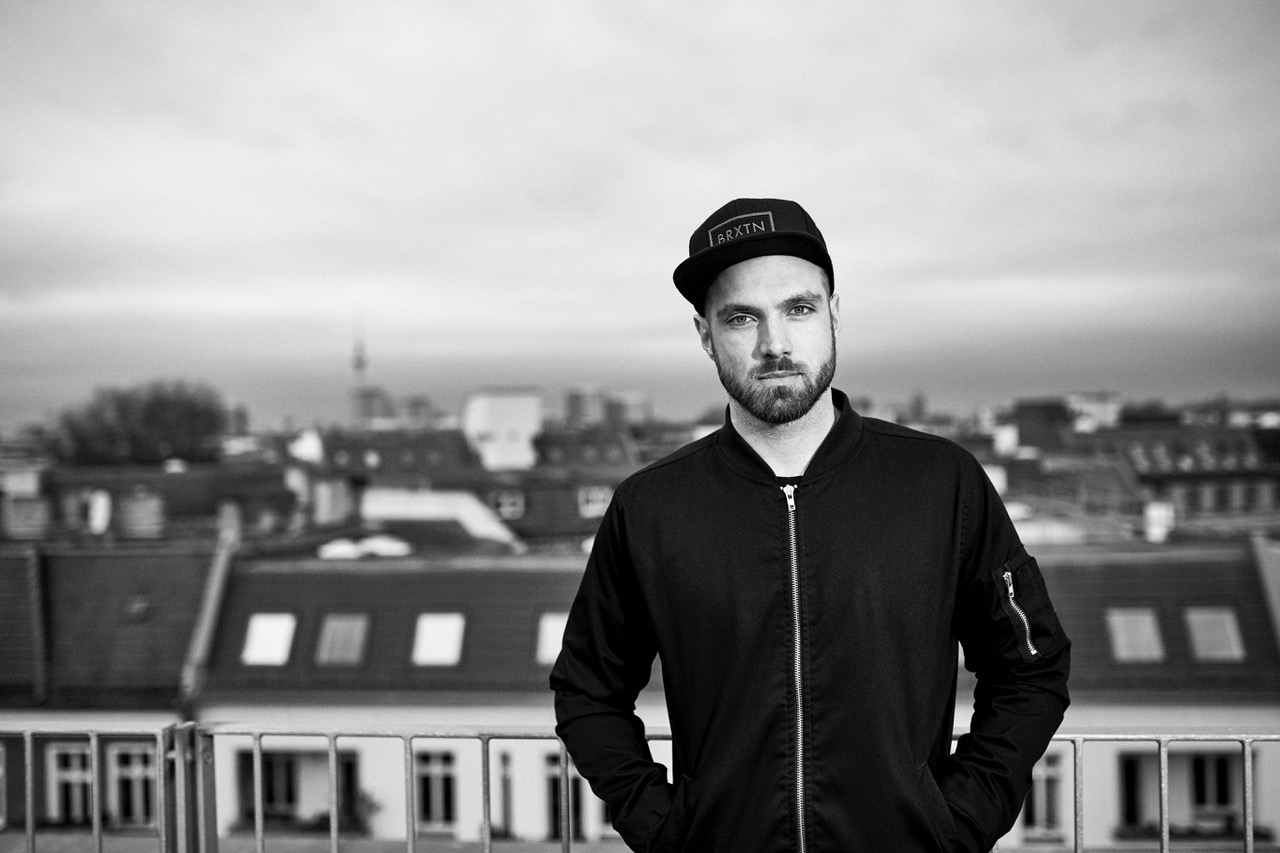 Being a producer and DJ with the skill set of Berlin-based Florian Kruse’s level means a lot of traveling. Some times to only touch down, put you bags in the hotel, eat, play, maybe sleep and then back to the airport. It was on such a Friday night we were lucky enough to get Florian in CPH DEEP studio before making Culture Box dance to his will. Even though Florian was only in Copenhagen for 12 hours, he was still kind enough to play us a 45 minute set and hang around for a quick interview.

Get the whole session or skip to the 1.36 hour mark for Florian’s set.

Earlier that day, I found out that Florian has a special connection to Denmark. I had to drill deeper into this red-white love story. As we all know, there is nothing more interesting then talking about Denmark – at least to Danish people.

On this Friday night in April, Nim Sound brought a hard hitter to headline Black Box. With releases on Kompakt, Last Night On Earth and Noir Music you just know that the club kids of the Danish capital are in for a treat. Actually Copenhagen is one of Florian’s favorite cities, so it must be a bit of a bummer to only have 12 hours in a city you love?

– Well, yes and no. I’m from Schleswig-Holstein and like most Northern Germans I spend most of my childhood vacations in Denmark and Sweden. Must say that I love Scandinavia and the people there quite a bit. I just know that I am in for a good time in the north. The reason I am happy to do the 12 hour work-layover is that my lovely wife is pregnant with our second child plus we are building a house for our family. So, at the moment, there are not enough hours in the day, says Florian.

But even though it was only a short layover there was still old friends coming to say hi to Florian later.

– I have known Christian Sanches for a long time, but we rarely see each other. He just texted me while I was playing for you guys. He asked if I wanted to get a beer at Culture Box tonight. I’m like: Hell yeah. Gonna be nice to catch up. I just love the friendly vibe in this part of the world, says Florian.

It’s not just the Danish capital that rubs Florian just the right way. The very north of Denmark has been a work sanctuary for the always busy producer!

The north of Denmark’s mainland has been attracting artists for a long time. The incredible light at the top of Jutland has inspired the Danish painters since the late 1800’s. Cirka 130 years later Florian Kruse came to the silent outback of Denmark to work with singer-songwriter Hendrick Burkhard two times. The two weeks in a secluded beach house proved to be super productive for the dynamic duo.

– I don’t know why Skagen works so well exactly, but when Hendrik and I are there, we are super effective. We don’t enjoy the lovely nature as much as we would like to but during the first visit in 2015, we ended up producing six songs in a week. When we got home I send the tracks out to different labels and within two weeks: Gone. That week resulted in us releasing on Noir Music, Poker Flat Recordings and Joris Voorn’s Green label. The second time we went up there the story kind of repeated, but this time we already knew that Poker Flat Recordings and Noir wanted what came out of our Skagen sessions, laughs Florian.

Among the EP’s born in these sessions are We Own The Night, Move In Slow Motion and Raise Your Glass. If you listen closely to the tracks you might be able to feel the vast cold winds of the north and a melancholic vocal ready to seduce you.

Before letting Florian go and enjoy his few hours in Copenhagen, we have to know what is next for the talented producer.

– I have spent a lot of time in the studio lately, and there are some tracks I am just dying to release. The first of two releases on Kompakt is coming in the start of May. Next one is in August, and both are with my good friend Julian Wassermann that I love working with. I also had the pleasure to remix Christian Nielsen. I just love his sound, so that one has been a treat to work on, says Florian.

Not wanting to take up more of Florian’s layover we thank him once again for coming by our studio and playing an amazing set, where you may just find tasters from his upcoming releases. One hug later, the ever smiling German is out of the door and gone into the night.

Nim Sound were smart enough to record some of Florian’s amazing set for your listening pleasure: