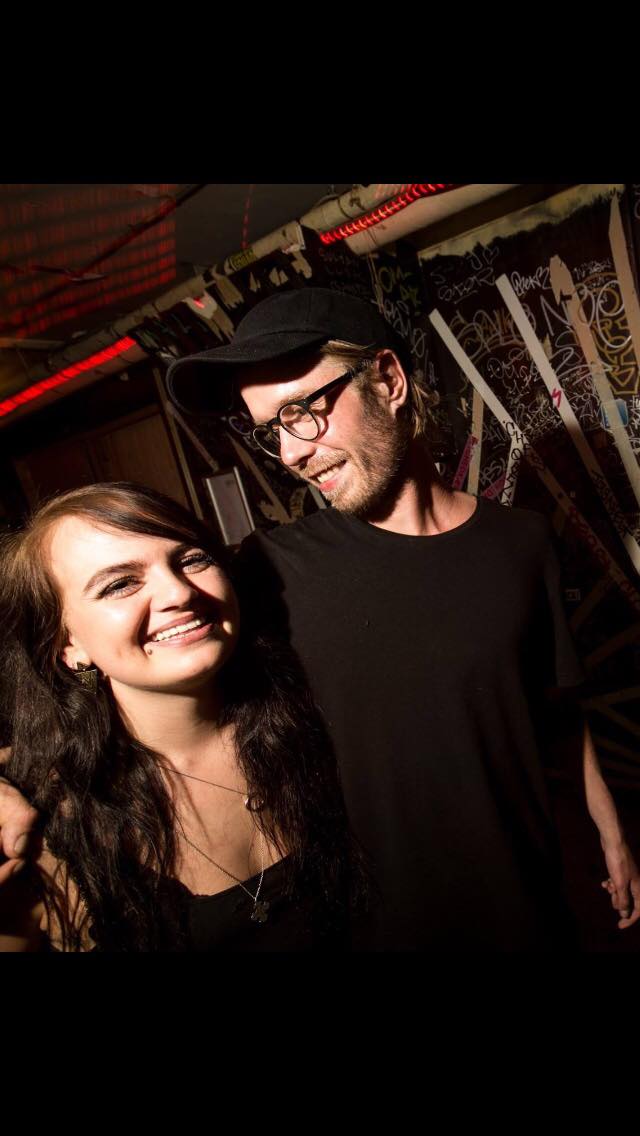 If you have kept an eye on the lineups around Copenhagen’s electric venues in the past year, there is a good chance that you recognise the names Aja Gulris and CERJ. The two started gaining momentum and experience as they played Culture Box, Ved Siden Af, Raw Grooves and other places that might have turntables. We invited Aviaja and Casper to the CPH DEEP offices for a talk about being club kids, starting out as a DJ and getting the chance to put their own imprint on Copenhagen’s nightlife.

We sit down in a conference room about as inspiring as a concrete wall at midnight. In silence we collectively decide to ignore the latent serial killer vibe that come from the sterile room. Instead we fill our cups with the most fair trade tar you can imagine and I glance at my notes.

How did the love for house music begin for these two?

For Aviaja, it all started in Aarhus where she was getting a bit tired of the top 40 music in the regular places. Then one night a friend brought her to the small, intimate cave in the midst of the old and forgotten train tracks in the center of Jutland’s unofficial capital. The club was Double Rainbow and Aviaja fell in love on that first night.

“I don’t even remember who was playing, but I was just sold. Most of that night was spent on the dance floor. I was sweating my ass off and just having the best time ever. I became a regular quite fast. I started observing the DJs, which was nice and easy in this small club. When I moved to Copenhagen there was just an instant connection between KB18 and me. I have heard so many insanely good DJs there and it was an honor that I also got my turn at the booth before they had to close.”, says Aviaja with a face that lights up when talking about KB18.

Casper gives his plus one.

“KB18 also meant a lot to me. Both for the insane parties I have had there, but also getting the chance to play alongside Thomas Madvig, Baime and Djuma Soundsystem on my first night there. That was a feeling that I’ll never forget. I was excited to an insane level and I must have done alright since Thomas Madvig praised my track selection to the sky. He could not find a single bad thing. It was a really nice pat on the back.”, says Casper.

In the dark clubs a dream was born. Inevitably also where Casper and Aviaja met. First nodded at each other, then a casual “hi”, and finally started talking to each other. The classic story of a small scene means easy introductions. These two were in the right place at the right time and now they are in the Peccavi-collective together. I circle back and ask how the two deal with the nerves when performing. Peccāvī can wait a second.

One of the things that scare the stool out of most people is to be in the spotlight and perform in front of a crowd. This is no long a fear for neither Aviaja nor Casper. But there was a few incidents back when they started out.

“I was nervous to a level of me physically shaking before my first time playing. Actually many of the first times. I have it pretty well under control now and I just love being in the booth. But there have been some near catastrofes for me. At Peccāvī’s first night I was closing after Solvane. I put on my headphones on and feel my dinner coming back up. I wasn’t even drinking – just pure nerves. Luckily I felt it in time and could deliver in a bin and not on the mixer. It was a shitty start to a set, but everything went fine after that.”, says Casper and passes the talking stick to Aviaja.

“I can relate to Casper’s stories. Before my first gig I had nerves like never before. I was so stoked to be playing live for the first time that I invited a lot of my friends. That is a really good idea, until you stand behind the booth. I didn’t eat two days before and was shaking like a retired heavyweight boxer. Despite shakes and sweats at first, I had a perfect debut full of love”, says Aviaja and reveals that the support from home is also in place.

“My family is very supportive of me DJing. So much so that my mom and sister even came for my Culture Box debut. It was a strange but amazing experience to have with my family.”, says Aviaja.

As we all know beats and blood run equally thick in the underground. The Peccāvī collective is the family my guests have chosen. Skarn and Only Ollie make up the rest of this young collective. A collective that had their debut just before the year 2018 turned bad. A collective that really found each other when they played 14 hours b2b2b in the adjacent room to Tama Sumo at Monastic.

“Emil (Skarn) was with us all night and I think Oliver (Only Ollie) joined us for a few hours. We really thought that we would get a few people in our room when they needed a break from Tama Sumos bumpy, sweaty main room. That didn’t happen. We had a packed room for most of the night. It was super intense and 14 hours just flew past. It was pure bliss.” says Casper and Aviaja backs him up.

“Just to put it into perspective. Even though I was only playing that night I could read 50.000 steps on my phone the next day.”, says Aviaja.

With that story in mind it is not hard to believe that Aviaja is the kind of person who stands still at 8 am, slightly annoyed that the party is over.

The club kids naturally have their 9-5 jobs but are starting to make their imprint on the Copenhagen nightlife as Peccāvī is looking forward to their fourth club night.

“Thobias from Ved Siden Af saw us having fun at the Tama Sumo party and invited me and Oliver for a talk. He thought we should do something together and that he would be happy to host us at Ved Siden Af. That was too good an offer to refuse. Aviaja and Emil didn’t need much convincing before getting on board with the idea. We got our first spot in the off peak two days before New Years. Our good friend Solvane came and made our first night as a collective amazing. We can’t wait to do it again.”, says Casper.

The latest Peccāvī event was a Danish premiere. London based JOBE paid a visit to Ved Siden Af during Easter and helped Peccavi fire off another night to remember – wiht a full basement there wwas nothing to do but dance and sweat until it was bright outside. And if one premiere isn’t enough, Peccāvī will be featuring yet another first comer to Denmark when their own brand of house party hits Culture Box.

“Peccāvī is latin and means ‘I have sinned’. We hope to see some happy sinners when we have Khen joining us for our first Peccāvī night at Culture Box. It feels really good to be able to book solid names that we love, but most of all I am happy to be doing this with good friends.”, says Aviaja.

It is always a pleasure to talk to people who live and breath their passion. And besides tending to Peccāvī, hitting Copenhagen with their own alter egos and dancing like there is no tomorrow these two are really putting an imprint on the night life. Casper is working with Skarn to put Chateau Motel back on the club map with their concept Chatech Motel. Aviaja has impressed the scene enough that she was invited to Sweden to warm up the stage for Dubfire and Tim Andresen – an event that would be major to any DJ. I can’t help but feel that we will all be hearing a lot more of these two.

I turn off my recording device but the chat continues. We actually managed to make this sterile nightmare of a conference room feel pleasant and friendly – much like a Peccāvī party.