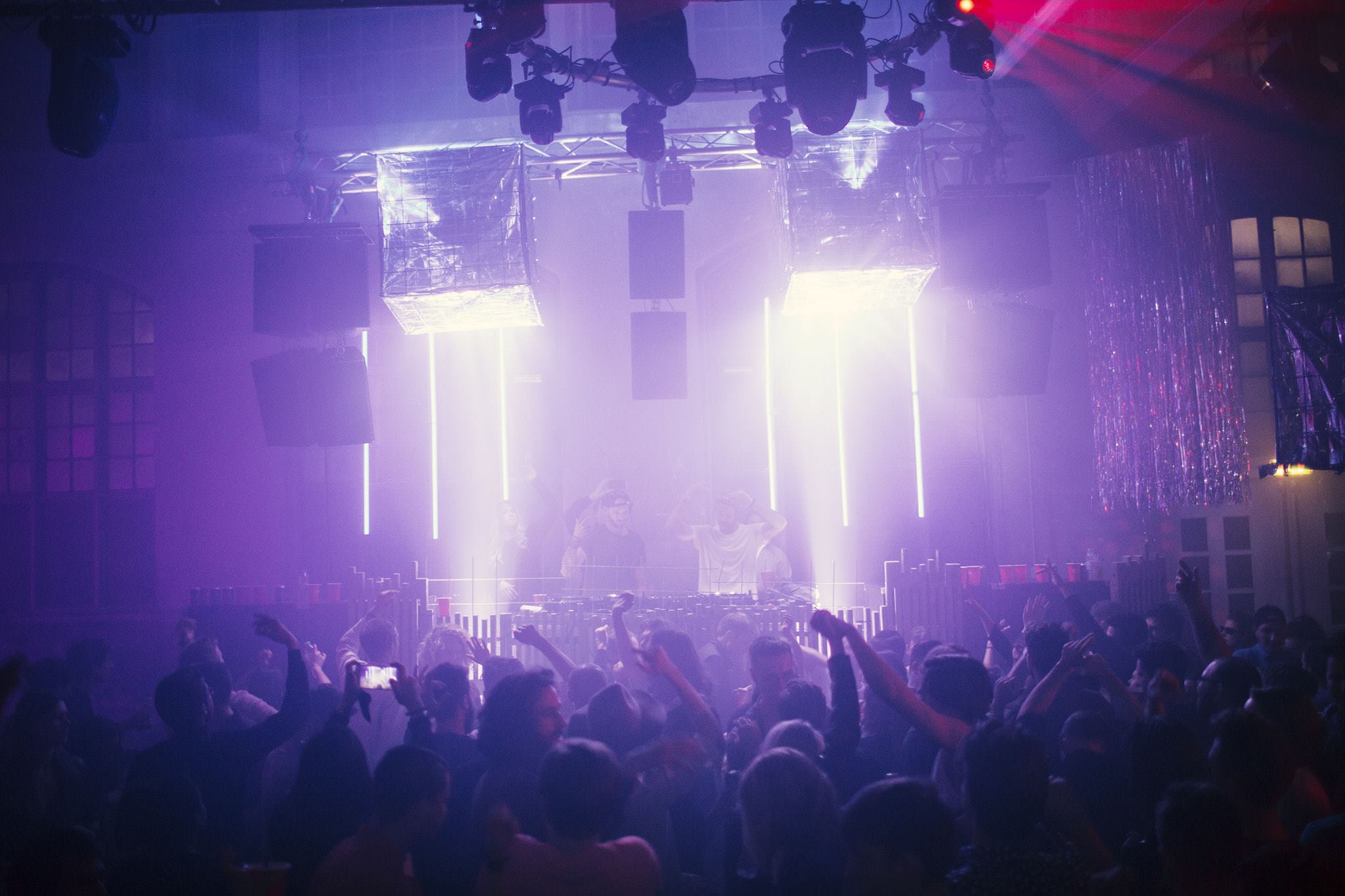 In Copenhagen there are many small tells to when spring is almost ready to hop out of a bush and assault you. When you spot skateboards, picnic blankets and crazy amounts of skin so pale it reflects the sun, you know spring is coming. No sign of spring is greater than when the indigenous cherry tree opens its delicate flowers and seconds later gets its 15 minutes of fame on Instagram. #SpringBukakke.

It was on such a day early in April that I was blessed with the company of Ralph and Daniel, the laid back Swiss gentlemen behind one of the best aliases in the industry, Fat Sushi. Having flown from Zürich earlier in the day, it seemed only reasonable to take the fat pieces of sushi for a stroll in the sunshine before they were taken deep into the dark cave of love named IG60. We took a walk through Copenhagen’s hotspots and crack’n’smack epicenter before I left them with a friend and colleague, Paul Nolan.

The sun is coming down hard on Vesterbro and very little grass is left empty by the urban explorers. I find refuge in the shadow in front of Kihoskh and wait for the Swiss wonder boys. With releases on massive labels such as Einmusik, Still Vor Talent, Days like Nights and latest Katermukke, Ralph and Daniel are without a question hard hitters. I spot tonight’s IG60 headliners a hundred meters out. Despite being a hot house commodity at the moment there are no screaming fans or fellatio enthusiasts to welcome the duo to Vesterbro. I bite my lips and stand up to greet them – I guess stardom is lost on most Danes.

We shake hands, exchange names and above all, we praise Xenu for the nice weather before stocking up on ice cold fermented barley in a bottle and heading into the sunshine. As we walk, I remember why I am here and actually ask a question.

– No, we are not doing music full time. At least not anymore. Daniel is an automation engineer and I do my 9 to 5 in marketing. On top of that I am lucky enough to have a family who take a good chunk of my time too. I think it is good, at least for us, that we don’t think about music 24/7, says Ralph.

– It’s also gives us the opportunity to be more selective with gigs since the bills are already paid, adds Daniel.

And speaking of being able to pick and choose, I wonder what attracted them enough to play IG60?

– From the video we saw from the parties it looked like the vibe would be good and we were convinced pretty quick. The secret line-up is interesting as well. We were told who one of the acts for next time is and knowing that last time it was Eelke Kleijn, we couldn’t help but think: Better not fuck this up!, says Ralph with a big smile on his face.

Not being in a hurry gives us time to park our money makers on a bench right outside the Meatpacking District. I put on my shades, lean back and learn more about these two well seasoned DJs.

The concept of Fat Sushi was born in 2013 but actually it draws from a combined 40+ years experience in the industry. Both took their early cracks at the DJ booth and produced on amiga computers in the 90’s. Daniel was first to the game – back then he produced Happy Hardcore. Both of the guys did a ton of warehouse parties from both sides of the DJ booth. So, it is almost a miracle, in the rather small Swiss house scene, that it took a mutual friend to introduce the two and suggest they hit the studio together. As said, so be it. Ralph and Daniel locked themselves in a studio and first came out many hours later. Both knew that something interesting had just happened.

As the conversation get deeper it seems that most things come organically to Fat Sushi. Be it that Daniel takes the lead in the studio and Ralph in the booth or that their releases on major labels have just happened.

– We were at ADE a few years ago, joining a Stil vor Talent party and we just randomly end up in a conversation with Oliver Koletzki and his A&R. He had heard of us and liked our sound. We agreed that we’d send some stuff over to their labels Stil vor Talent and Light my Fire. A bit of a surreal experience, but it wasn’t hard to accept his invitation, says Ralph.

As the sun burns my almost transparent skin and the beers go away fast, I find out that even the Fat Sushi friendship seems to have grown organic and farm fresh.

– I don’t mind working alone, but it is a pleasure to have a friend to share this job with. Coming to a city for a “work-layover” gets better when you have a friend by your side to enjoy the short amount of time there – even though we often end up watching Netflix in the hotel room, says Daniel.

Time flies and I have to walk the Swiss sushi towards Pumpehuset and their appointment.

By continuing straight we walk past the high price, high trendy Meatpacking District and a minute later comes H17, where the people unfortunate enough to be professional drug users gather. The same contrast can be found around the Mændenes Hjem on trendy Istedgade. I explain my guests that Copenhagen’s municipality have had enough forthsight to make safe rooms for the addicts to get their fix in. A protocol that works. No deaths in the rooms since they opened. We walk some time in silence, until Ralph breaks it.

– There is something to walking in streets like these. You know, where you can feel that there has been some hard times, but both the people and the place seem to have come out on the other side stronger. Personally, I enjoy the special kind of vibe places with a bit rougher history has.

As the pavement changes beneath us and war stories from the techno trenches are disclosed off the record. I ask where they have found some of the best parties around the world?

– I always love playing with home advantage in Zürich – especially Hive. Berlin is just something special every time. No matter how you twist and turn it, Berlin is just a great place for a party. Must say that I am also looking forward to feeling the vibe at IG60 tonight, says Daniel, before Ralph circles back to the special vibe.

– Beirut never fails to deliver on a good party. People remember their recent rough history with war and conflict, but choose to celebrate their freedom and don’t dwell too much on the past. I always enjoy the constant smiles I see from behind the booth in Beirut. There is just something special to that city and its lovely people, says Ralph.

These were not the last words of the walk, but for the sake of ending on a high note we now arrive at our destination, Pumpehuset. I assure them they will have fun tonight before I rush back to where our walk started to meet the second headline for the night, Patlac.

Read the second part of this b2b interview session soonish.