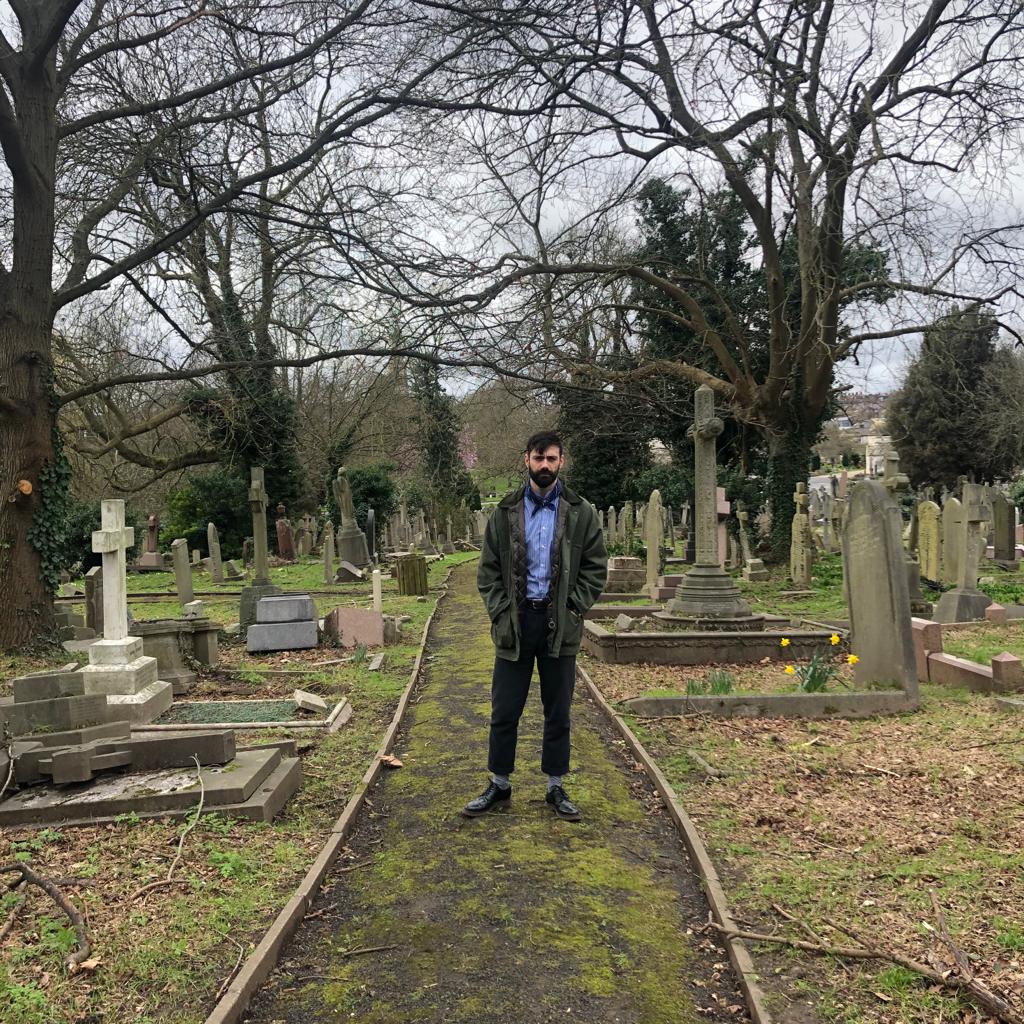 A nod to the past

–  Sampling is an artform.
Stefano Ritteri

Over the past two decades Stefano Ritteri has collected insane amounts of obscure samples. Terabyte upon terabyte of soundbites. To a degree only beat by NSA and the Chinese government. Dedication to digging through hours of vinyl to find that one 10 second sound bite that just might work. Well, that’s one of the reasons that Stefano Ritteri has earned himself a reputation in our industry. He DJs, produces, composes, teaches masterclasses, has remixed for Depeche Mode and Underworld plus produced the soundtrack for Premier League. There was many reasons I looked forward to getting to know Stefano Ritteri a little better.

The dial tone barely gives away two beeps before my headphones are filled with a chipper, irresistible British-Italian accent. Picking up the phone in his London studio, where he has spend most of his days during the pandemic, Stefano is right now playing the part of kid locked in a candy store.

– I have been lucky during COVID-19 to have lots of music to work on and my Wednesdays teaching masterclasses have been great. Both because I have a job right now unlike many other, where income depend on playing gigs. But it has been nice to talk to people from around the world and feel just a little normal during this lockdown, says Stefano.

Originally from Rome but have been residing in London since he was 20, I wonder how Stefano ended up in the UK. 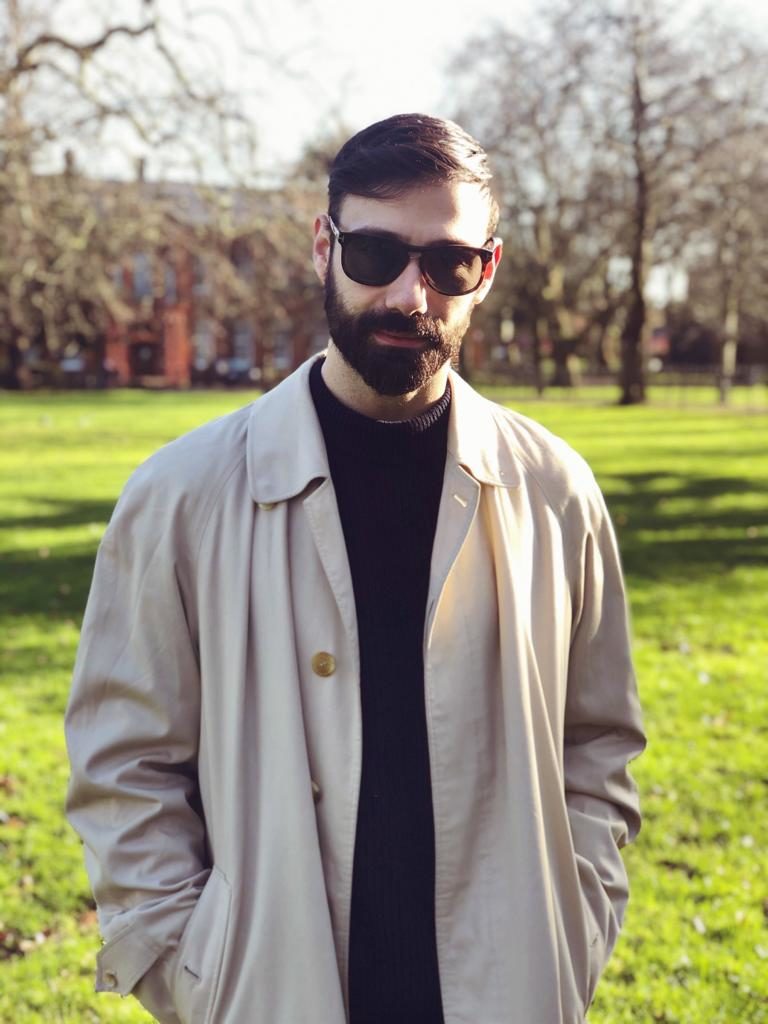 Already from his early teenage years Stefano was deep into the underground scene. Starting as a DJ and promoter at 16, it can’t be any surprise that he already had studio releases at 19 years of age. He was lucky enough to have parents who supported his musical dreams both mentally and financially. Even when he said as a 20-year-old: I’m going to move to London.

– I was starting to feel the need for a new challenge. Growing increasingly jealous when the DJs I was playing with told me about their tour schedule where Rome was just the first of three stops that weekend. I wanted that too. I moved without a real plan and just started out by crashing on friends’ couches and working warehouses at night to actually be able to pay for my studio. It was tough times, but I look back on it with lots of love, remembers Stefano.

Stefano wasn’t alone in the first London studio. He shared the space with then upcoming, now notorious producers Riva Starr, Mowgli and Zombie Disco Squad. A studio placed in the heart of Brick Lane – then a centre of electronic music with Mix Mag’s headquarters just down the street.

– I love where I am now but I do miss the days of heading into the studio, smoke some weed and just play around with music for hours on end. It was a pleasure sharing the space with talented music nerds. I learnt a lot from these guys and the first years in London was an amazing incubator, says Stefano with a spark in his voice.

The incubator worked and Stefano has since released his music on noted labels like Get Physical, Dirtybird, Exploited and Pets Recordings to mention a few. His first release on legendary Dirtybird was the unexpected breakthrough for Stefano. Unexpected because the EP was already out on vinyl for his own label, Congaloid Records. But Dirtybird wanted it badly, so they paid for the collection of the already printed vinyls, then reprinted in a different wrapping. From then there was only one way: Up.

The art of sampling

Stefano has produced music under several aliases, were one you might just know is Solo. With this persona he got his residency at Fabric –  playing all three rooms. Scraping up the atmosphere, connections and experience on one of the biggest electronic scenes in the world. The genre of music in Stefano style is … Well, honestly you try to listen to his music and put a label on it. My best bid would be opulent electro with a blast from the unknown past. How has Stefano placed himself with a very recognisable, yet unidentifiable sound? The answer is simple. An unconditional love for obscure samples.

– There are two types of producers. Those who sample, and those who hate it. In my opinion sampling is a good evil. Everything in music is in one way or another a nod to the past. If you pay homage by giving the past a new format and putting it into today’s context – that is a beautiful art form in my opinion. Besides there is just so much music we wouldn’t have today, if it wasn’t for sampling. My approach is not to sample too modern. I’ll spend a week looking through sound bites and vinyls from Thailand predating 1970. The week after it could be Japanese jazz. It might take me a full week to find that 10 second sound bite that makes me dance in my studio. And mind you that I am not a dancer, laughs Stefano.

Correct. Stefano might have been a club kid in Rome in his teenage years, but he never came to the club to dance. He was the guy who stood in the bar, watched the DJ, listened and wondered how the hell did he just make that transition!? And how the tables have turned. Every Wednesday Stefano turns on the webcam and welcomes hopeful students into his studio.

Those who can’t do, teach. That’s how the saying goes. Let’s just put that one to sleep right here. Stefano teaches his master classes exactly because he can. In a time where Youtube tutorials is always at hand, he encourages his students to make mistakes.

– Experimenting and making mistakes is one of the cornerstones in getting better. You might not end up exactly where you wanted, but then you created something different that just might work. Sometimes the road walked is more interesting than the goal. It is a pleasure being a teacher, for the most part. Many of my students are fellow music nerds and I love talking to music nerds. Every once in a while I get a student who has one thing on their mind: Teach me how to make a hit. Good luck buddy! But if you work hard, have patience and some luck, you might just get a break in this industry. Most of the successful people I know today, would still be playing around with music, even if they were not be paid. Myself including, shares Stefano. 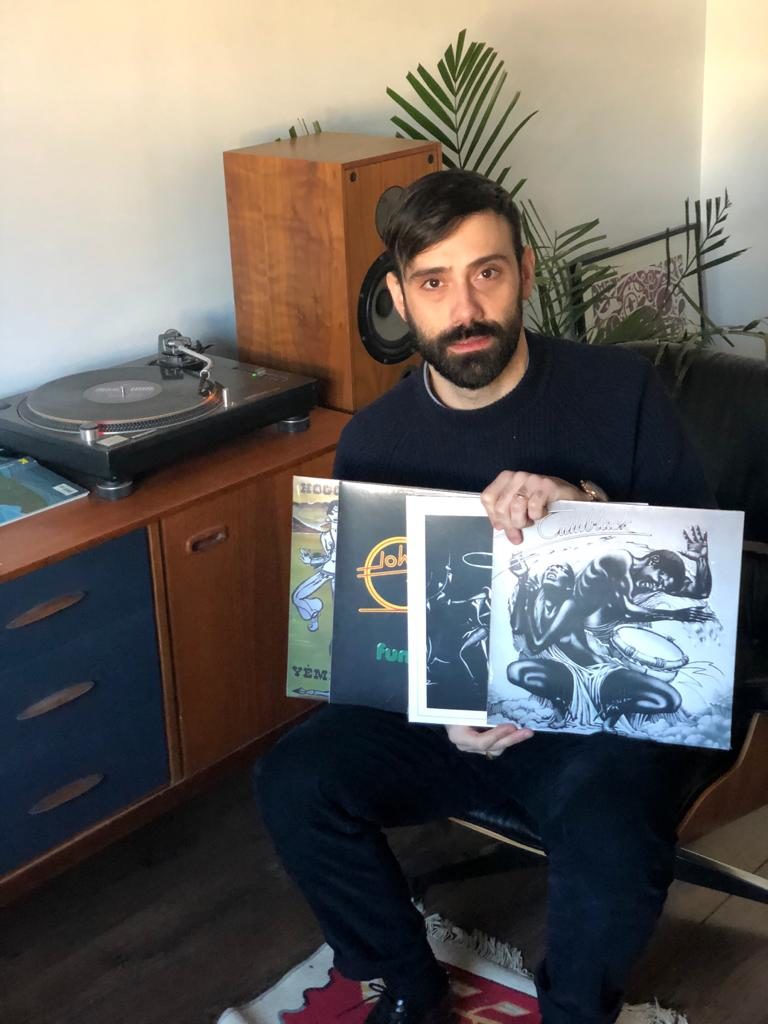 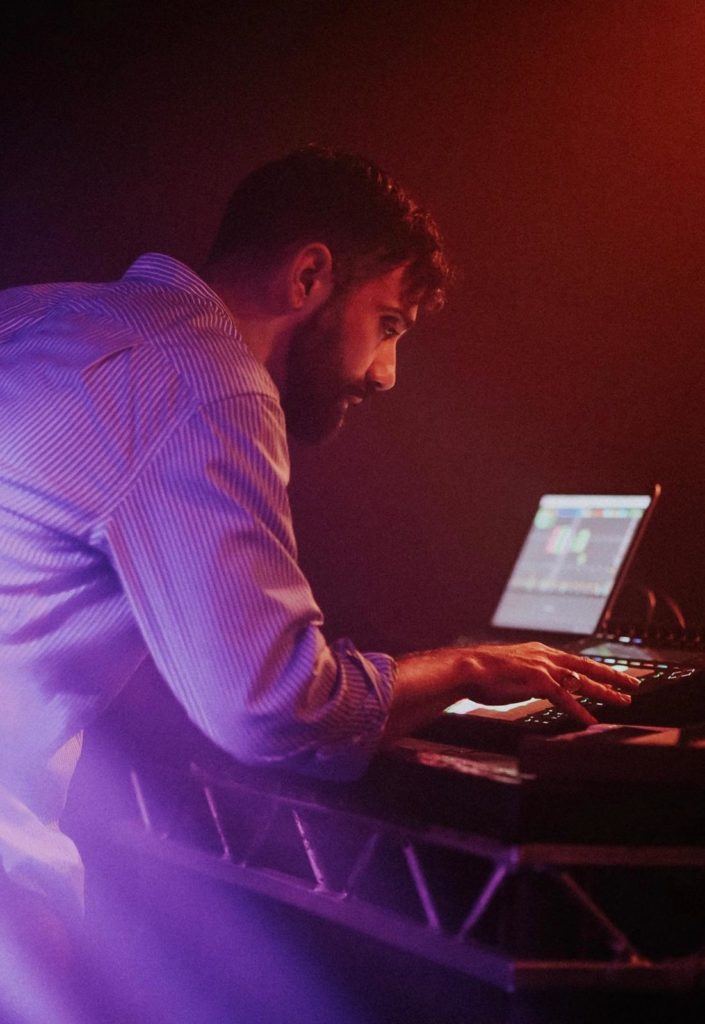 Working with the big boys

There are certain markers for where you are in your musical career. Releases on celebrated label, making your own imprint, being a sought after speaker at music conferences. All things on Stefano’s resumé in 2009, when he out of nowhere got the opportunity of a lifetime. Putting his remixing skills toward the legendary groups Depeche Mode and Underworld. Both falling into his lap, within a three month period.

– I would be lying if I said that I wasn’t the happiest man alive when I found out that these legends wanted me to remix their music. I had only one requirement that I did not want to compromise. I wanted to stay true to the sound of the underground. Unfortunately, it was a remote job, so I did not get to meet them, but it was the utmost pleasure to work with some of the best in the business. My little homage to our culture was naming my Depeche Mode track ‘Solo Loves Panorama Remix’, says Stefano with a laugh. 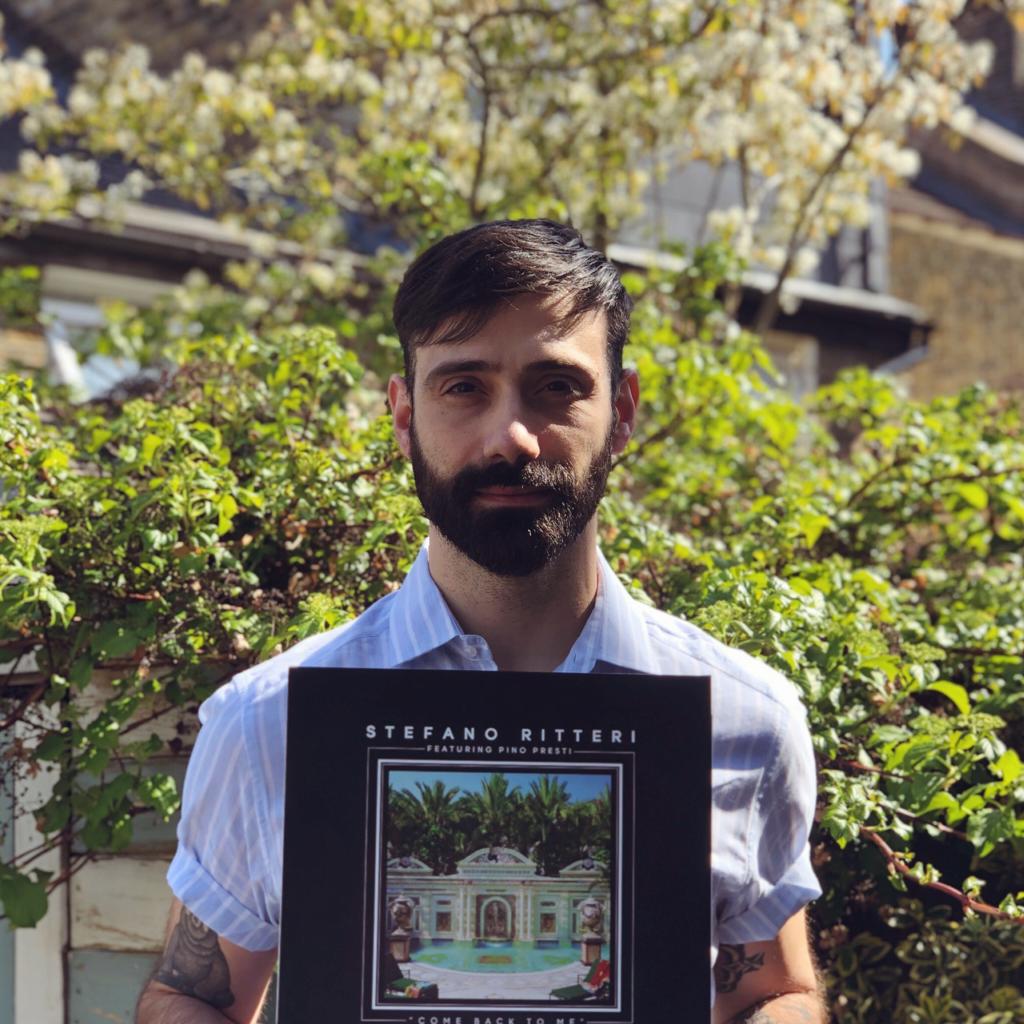 The complete step into mainstream music production came about in 2017 when Stefano was in Hong Kong for a gig. His manager called him, told him to drop whatever he was doing and get on a flight back to London. No explanation. Just get back. Back in London and straight to the meeting. Nothing was revealed before Stefano signed an NDA, but it would be for his biggest client yet. The Premier League was working on a soundtrack for the season and Stefano got involved just one week before the launch.

– This was completely crazy and one of my biggest challenges. But I cleared my schedule and went to work. I did not sleep much that week, but it was all worth it. Shortly after the project was done, I was at Stamford Bridge to watch Chelsea play. I can’t quite describe the feeling in my body when they walked onto the field to the sound of my music. That was a quite magical moment, says Stefano with pride in his voice.

The Premiere League soundtrack of 2017 has more than 1 billion streams and downloads from different services. Since then Stefano has also worked with companies like Coca Cola and Audi. And any man who has served the underground for 20 years would be in his right mind to count his chips and walk the corporate halls with his head held high. But not Stefano – at least not yet.

– I like working with the big clients, but honestly my love is still with the underground. I love making a club move to my tunes. The corporate world on full time could be a great option when I’m getting older and 2 am doesn’t seem like the optimal time to start work any more. But for now I love what I do and would not change a single thing, tells Stefano.

Thus ends our tail of Stefano Ritteri. But before you go – do yourself a favour and listen to this golden sound nugget: