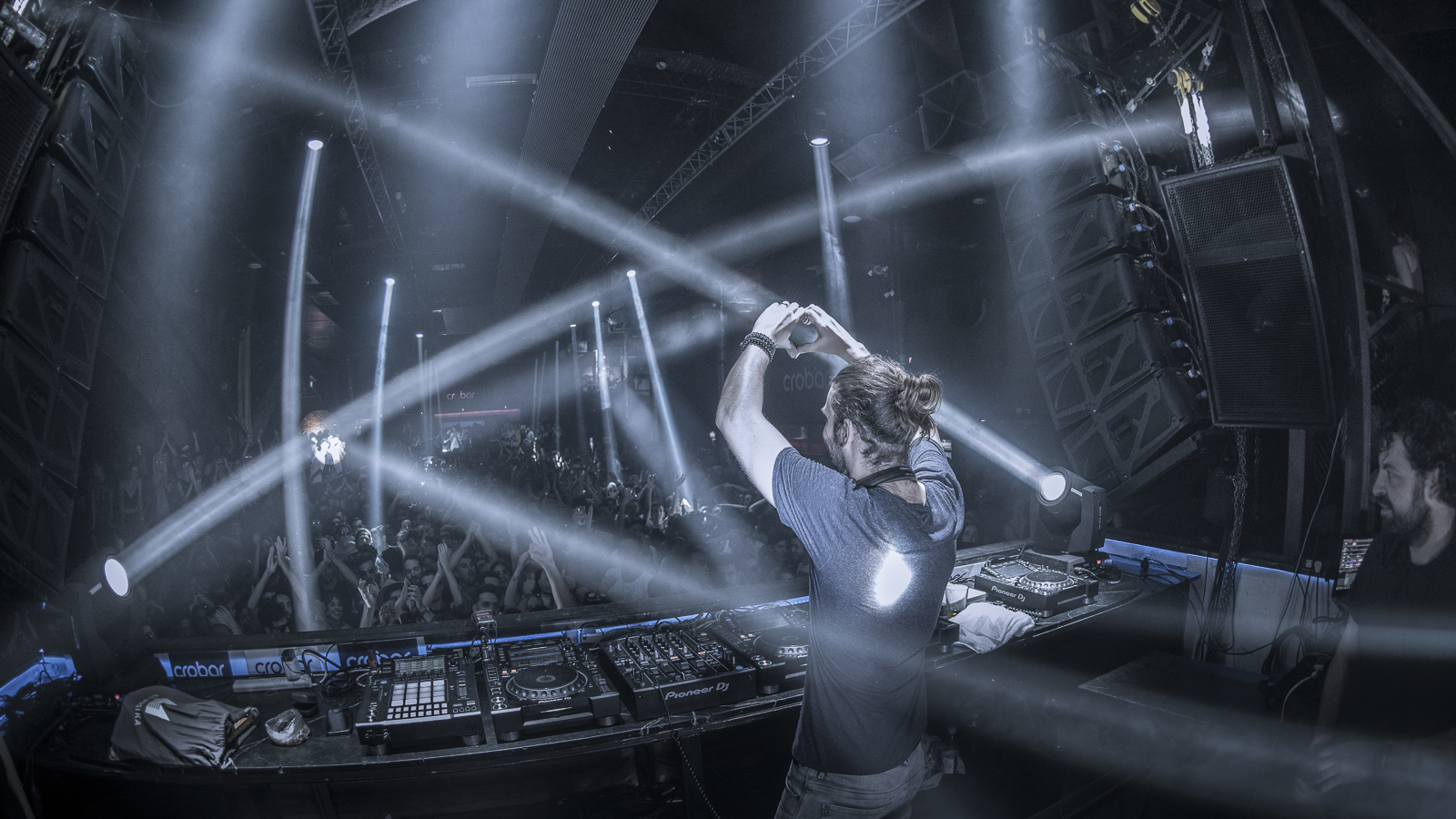 We hooked up with the composing power house that is Eelke Kleijn over Skype for a talk about perfectionism, the work life of a DJ who thrives best in the sun, the future and some other stuff. 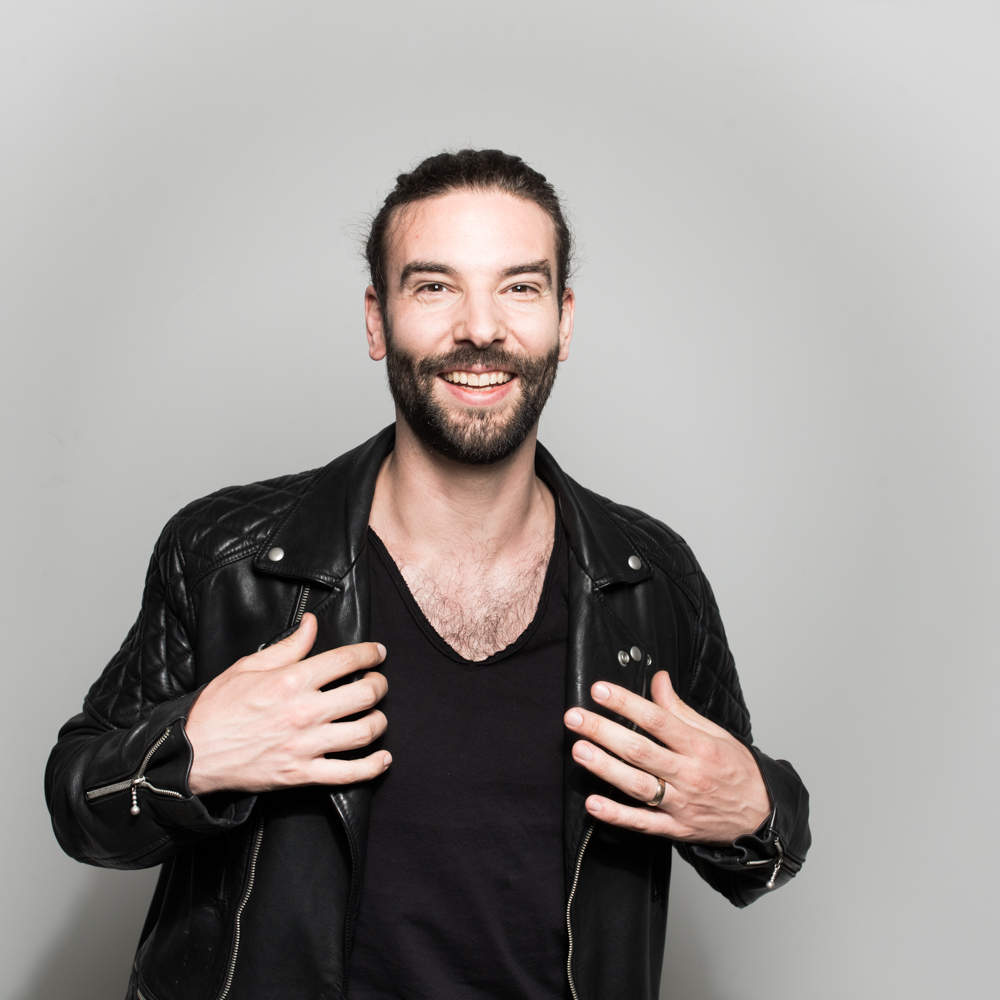 With help from the evil satellites that give gerbils super hearing, cause lactation in teenage boys and wildfires in the Atlantic Ocean I called up Eelke Kleijn. The Vatican lizard people who controls the satellites were gracious enough to let the call pass through. The strange, prehistoric sound of a Skype dial tone hit my ears and seconds later I hear a soft, welcoming voice with just a hint of that tickling Dutch accent.

– Hi man. I’m just making a sandwich here, so just give me a few seconds and I will be in my studio, ready to talk, says Eelke as he greets me from his home in Rotterdam.

While the Dutch wonderboy finds the perfect pickle to hummus racio, I can start the conversation by praising him for his magical performance at IG60 in March. A praise that comes from me but is also passed along from the group of friends that were at the party.

– Thank you SO much. That is always nice to hear. I think it’s the first time I’ve ever been part of a completely secret line-up. In a time where there can be a lot of emphasis on who is playing, it’s really nice that people come out for the party. I really liked the vibe but of course it was my first time playing in Copenhagen, so I have nothing to compare it to, says Eelke before making his way into the studio.

Now that Eelke has made himself comfortable in the studio I can get the headlines from his 16 years on the house scene.

It was around the dreadful Y2K disaster that never happened when Eelke starting really getting into the electronic scene. Growing up in the Netherlands he was exposed to electronic music at an early age. The dirty basements and creepy warehouses in and around Rotterdam was where the first tunes of Eelke Kleijn was heard. At this point the 17-year-old boy just enjoyed playing his records and did not have a dream of making it big. But the techno gods had other plans with the young Adonis. His talent could not be denied. He got increasingly better bookings and started producing his own music.

To mention just a few highlights Eelke released his first of so far three albums in 2007. The latest was released on his own label DAYS like NIGHTS. Too many EPs and remix releases to count. He has traveled the world and made more or less all nationalities dance to his will. The fact that he plays both piano and guitar makes him a sought after producer that does not only make danceable music. He is deeply involved with producing sounds for movies, TV, games and commercials.

– Back in the day, I just played to have fun. I still do it because it’s the best and most fun job in the world, but as I got older the average age of the club stays approximately 22. There is no guarantee that my music will be relevant to the dancefloors in ten years from now. So, I made a decision long ago to branch out and go into other genrés. House music is still my first and biggest love, but the challenge of getting a precise description of what mood a director wants captured in a movie trailer for example, excites me. It also challenges my perfectionistic side that I usually get a day or maybe two before I have to hand in my work. At the end of the day I guess I am more of a composer than a DJ really, says Eelke.

Eelke can’t deny that he is privileged to have a hobby with a build-in job but being pressed a bit on the topic, there is one thing he would love to change.

– Like I said earlier, I have one of best jobs in the world but I would love that there would be a bigger demand for house music in day time. I know nothing better than to play my music in the sun. Thuishaven in Amsterdam has some amazing day time parties and it is just one of my favorite places to play. Love the atmosphere, the people and that I don’t have to get up in the middle of the night to play, Eelke says with a grin. 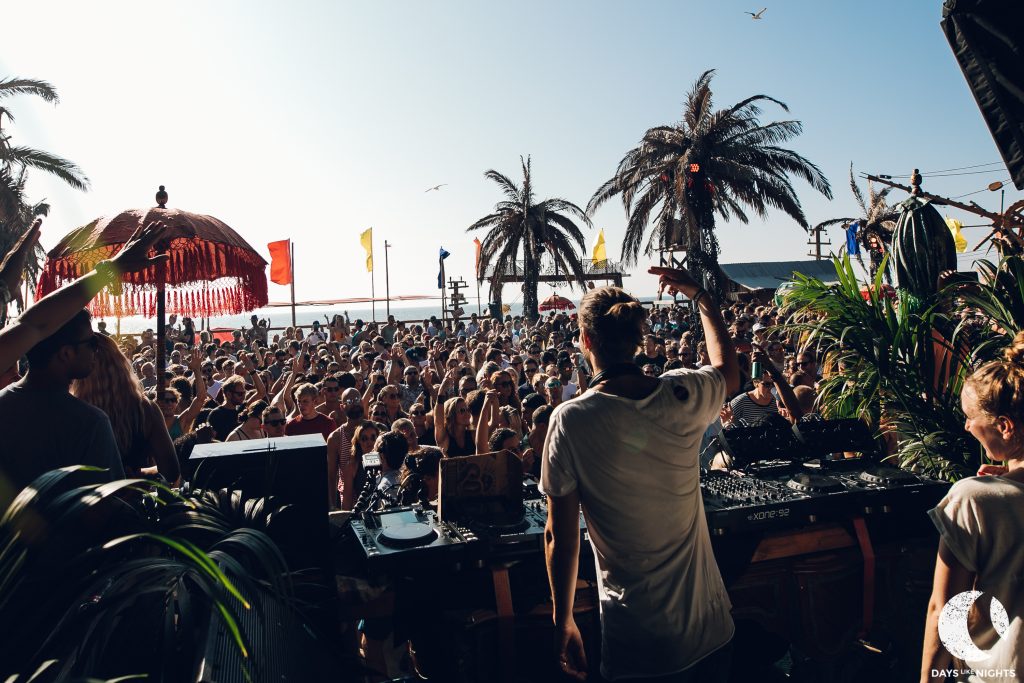 There is a demand for the deep, melodic earporn with the Eelke Kleijn twist. A demand that sends him across the world where Argentina and Australia are some of his absolute favorite spots to play. When you are in demand as a DJ you must hope that teleportation technology is right around the corner. Have traveling alone and the work hours ever been a problem too, Eelke?

– I like to travel and meet new people, so it is definitely not a problem. But there are some strange aspects to this job. One thing that always gets me, is stepping into a club sober and just being in a completely different vibe than the lovely people who are buzzing like crazy already. This feeling was something I struggled with for quite some time. That is until I talked to my friend Miss Melera who use to have the same issue of missing a connection to the ravers. Luckily, she also had a simple solution. Take off your shoes when you are playing, she said to me – you will get a better feel of the place, the vibe and the people. I thought it was a bit strange but I had nothing to lose, so I tried it at my next gig. I know it sounds a bit like bullshit but I just instantly felt a better connection to the audience. It was a gift, so I have been DJing in my socks ever since, says Eelke.

And in case you are wondering, yes his studio time is usually shoeless too. Besides from going shoeless the strive for the perfect is a characteristic when Eelke works – according to himself this is both good and bad but especially in the studio it can make for some long hours.

It’s got to be perfect

No musician with self respect would ever release something they are not happy with. Same goes for Eelke. Sometimes this is a fast process, like when he is mixing his weekly DAYS like NIGHTS radio shows – a task that he often does while traveling to his gigs. Then there are the more slow processes of producing his own stuff for the ground up.

– My studio is in my home so that I can go in there and record something at 11 pm if that is when inspiration hits me. I can spend a lot of time in there jamming on my keyboard or guitar. 6, 8, 10 hours, no problem. Studio time is always great time. The problem for me is that often I will return to something that I thought sounded great the night before and be less than impressed with my work. I will try and twerk it in a different direction to my liking but usually tracks like these will end up in a folder, in the hope that I can return to them later and develop it in the right direction. My folders for this purpose are way to GB heavy. To be honest, I think I am a bit too much of a perfectionist when it comes to my studio work, says Eelke.

Perfectionist or not – I for one would love to take a deep dive into Eelke’s folders of discarded riffs, beats and semi finished tracks to hear what is not up to the personal standard of the Dutch composer of dreams. 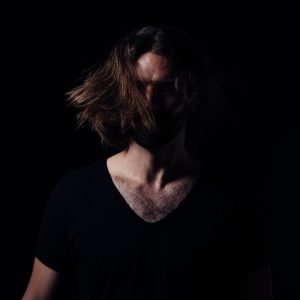 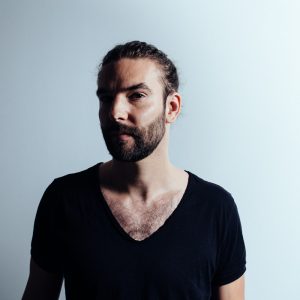 As our talk draws to an end I have to ask, what is on the menu for rest of 2019. Besides from the weekly DAYS like NIGHTS radio show, studio time and two-three gigs per week, where is Eelke putting his focus at the moment?

– On the personal side of things, I am looking forward to some time off with my family. That always recharge my batteries perfectly. In the music department I am very much looking forward to dive head first into some remixes. Also, I have lots of live gigs coming up and that is always fun. I love feeling out the crowd and putting the mood of the night into my music. Twerking my tracks so you will not recognize them – at least not right away. Also I will start working on a new album later this year. But with the way I can go back and forth on a process like that, I don’t wanna put an end date on that project yet, says Eelke.

We say goodbye and I press the antique red button on the Skype app that I almost forgot still existed. I can’t help but be impressed by a guy who sets the pace of his own career, composes for clubs as well as movies and games, puts out at least one hour of quality music a week and work with some of the best people in the business on his own brand of house music. Nick Warren, Fat Sushi, Animal Trainer, Jonas Saalbach and Budakid to just mention a fraction of the talent that has released on DAYS like NIGHTS. The last mentioned Budakid is one of those artists which Eelke is sure that we will all get to know very well soon. For now I invite you to enjoy one of the almost 100 episodes of the DAYS like NIGHTS podcast right here.