cphdeep | From bedroom producers to in demand: Meet Budakid
We caught up with Budakid before his set at Copenhagen’s electronic lighthouse, Culture Box. With releases on every major label and a travel schedule that would put Arabic people on a watch list, we praise the techno gods that this in demand Dutchman found time for us during his 12 hour stay in CPH.
Budakid, Diynamic, Exploited, Lost & Found, All Day I Dream, Days like Nights, Einmusika, Get Physical, Audiomatique, Still Vor Talent, DJ, house music, deep house
3007
post-template-default,single,single-post,postid-3007,single-format-standard,qode-music-1.0.2,qode-news-1.0.4,ajax_fade,page_not_loaded,,qode-title-hidden,paspartu_enabled,paspartu_on_bottom_fixed,qode_grid_1300,qode-content-sidebar-responsive,qode-child-theme-ver-1.0.0,qode-theme-ver-16.7,qode-theme-bridge,disabled_footer_bottom,wpb-js-composer js-comp-ver-6.0.4,vc_responsive 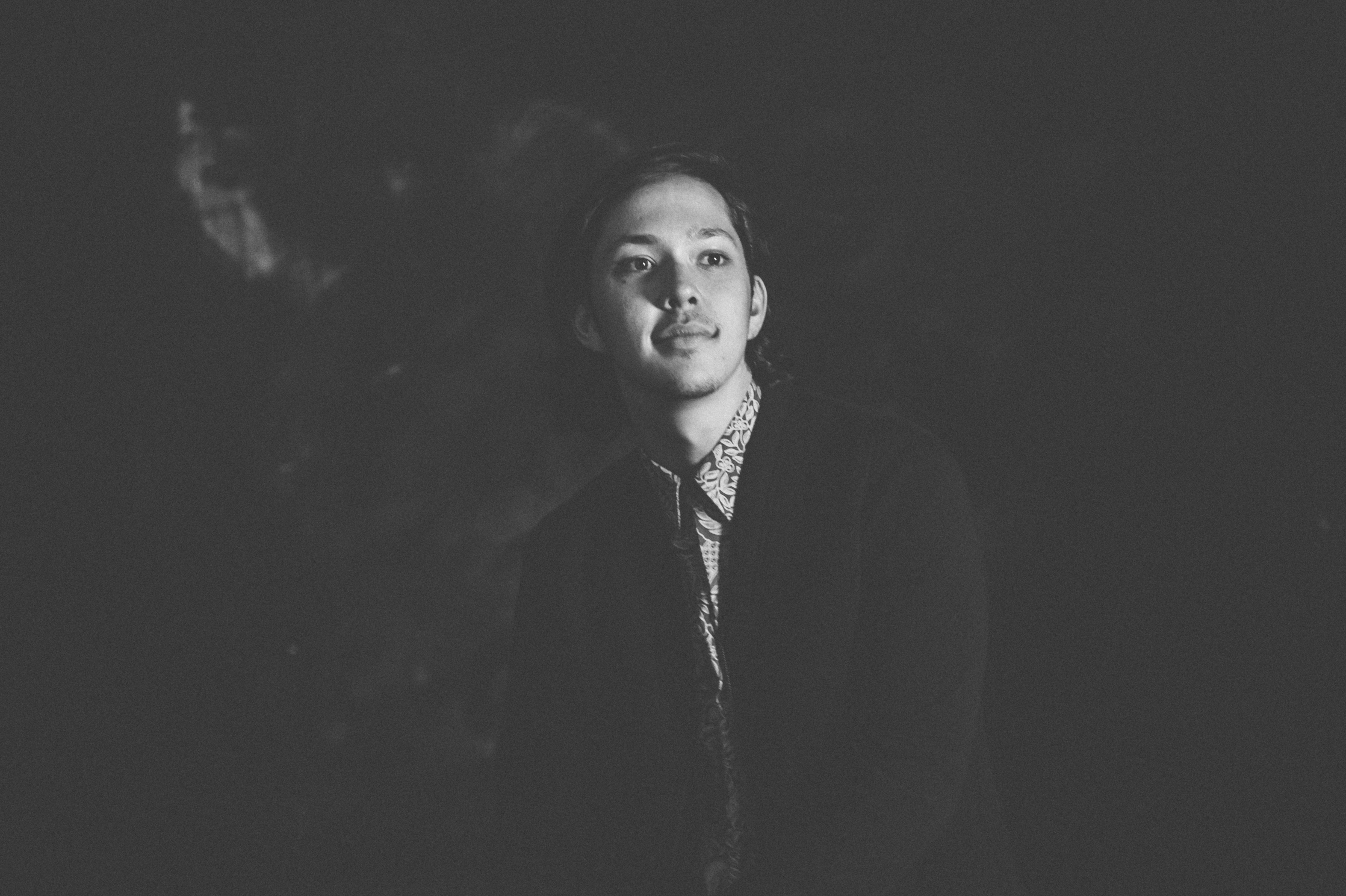 From bedroom producers to in demand: Meet Budakid

We caught up with Budakid before his set at Copenhagen’s electronic lighthouse, Culture Box. With releases on every major label and a travel schedule that would put Arabic people on a watch list, we praise the techno gods that this in demand Dutchman found time for us during his 12 hour stay in CPH. Join us for at talk about the influence of the internet, playing on the Chinese Wall and more.

I find myself in the hotel lobby of Phoenix Copenhagen. The marble floor, Ming vases and antique furniture classes up the place to an extend where a guy who own several pairs of techno sunglasses feels more underdressed than a streaker at the National Museum. The attentive receptionist brings over a guy and introduces me and Kevin, as the Budakid is formally known. As we shake hands I notice his pink socks with banana print comfortably resting in a pair of Birkenstock. We silently agree not to talk here where one armchair cost more than my kidneys would bring in on the dark web. We make our way out of the lobby and into the late summer evening.

– When my agent asked if I wanted to play Copenhagen, I was just ready go. I fell in love last time I was here. Copenhagen is like the Netherlands in many ways, but everything looks more neat. I am also really happy that I got to play at KB18 before it closed down. That was a super nice club, says Kevin as we walk to find a waterhole with outdoor service. 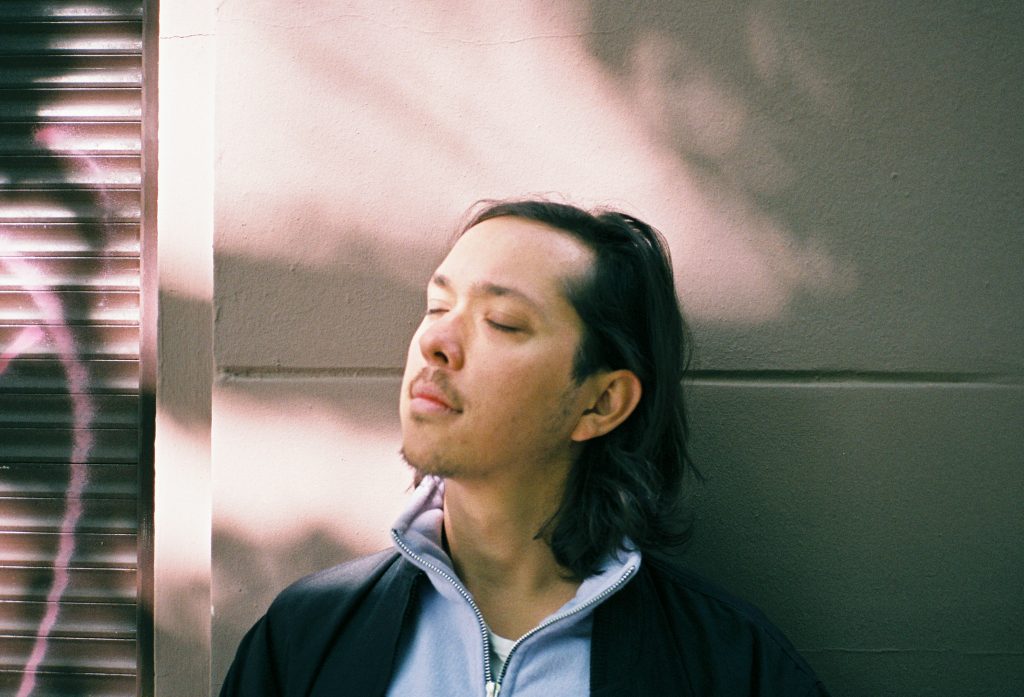 Grown out of the internet

The spotless white apron on our waiter reminds me again that we are in upscale Copenhagen. We order some fermented hops from tab and I can now get to my first question. How did electronic music peak the interest for young Kevin?

– I have been playing drums since I was seven. When I was around 13 my cousin introduced me to FruityLoops, and told me that I could play the drums just by pressing buttons on my computer. I have always been a tech head, so my brain melted with pure joy. I spend hours on hours in my bedroom arranging beats and downloading tracks from Limewire. In my small childhood town of Grave, there wasn’t really any record stores that catered to electronic underground music but there were youth parties at the local club. There I got to hear names like Afrojack and Hardwell next to some unknown local underground DJ’s who were playing more minimal/tech-house. Before the whole circus went full EDM. At these parties I got inspiration on what to search for online and from there found a whole new world of music. I would probably be doing something completely different today if it wasn’t for the internet, says Kevin.

Kevin has long since stopped using both FruityLoops and Limewire but he actually still produces a lot of music in his bedroom. He also just invested in some genuine 90’s gear for his studio.

– I recently bought a Tascam recorder which is essentially a 90’s style tape recorder. It really brings me back to my childhood and gives me so much joy to use in my productions, says Kevin and smiles.

Kevin has long since escaped his childhood bedroom and played some amazing places. Kater, Fusion, Thuishaven, Ritter and Watergate, just to mention a fraction. But one gig that has really stuck with Kevin is when he played the YinYang Festival. A festival taking place on the Great Wall of China.

– This is just one of those experiences I will treasure for ever and ever. A great line up including Miniloque, Miss Melera and Kraak & Smaak. Playing my music while standing on world heritage. It was one of those sets that was over way too fast and I don’t remember much except for the stunning view. But it was also a somewhat artificial experience. There was barely any locals at the festival. The crowd was great, I’m not saying, but it does feel a bit strange that the locals didn’t have any interest, even though they got free tickets. But I guess that house and techno isn’t that big in China. But hopefully that will come one day, says Kevin.

A potential market of almost 1.4 billion people is always welcome to join the party. A party that a cargobike with a strapped on Soundboks is trying to kick off as it flies by our street. With insisting Euro Dance tones it is hard for Kevin and me not to light up and reminisce shortly about the music of our youth. We sip on the IPA and I move on to my next note. 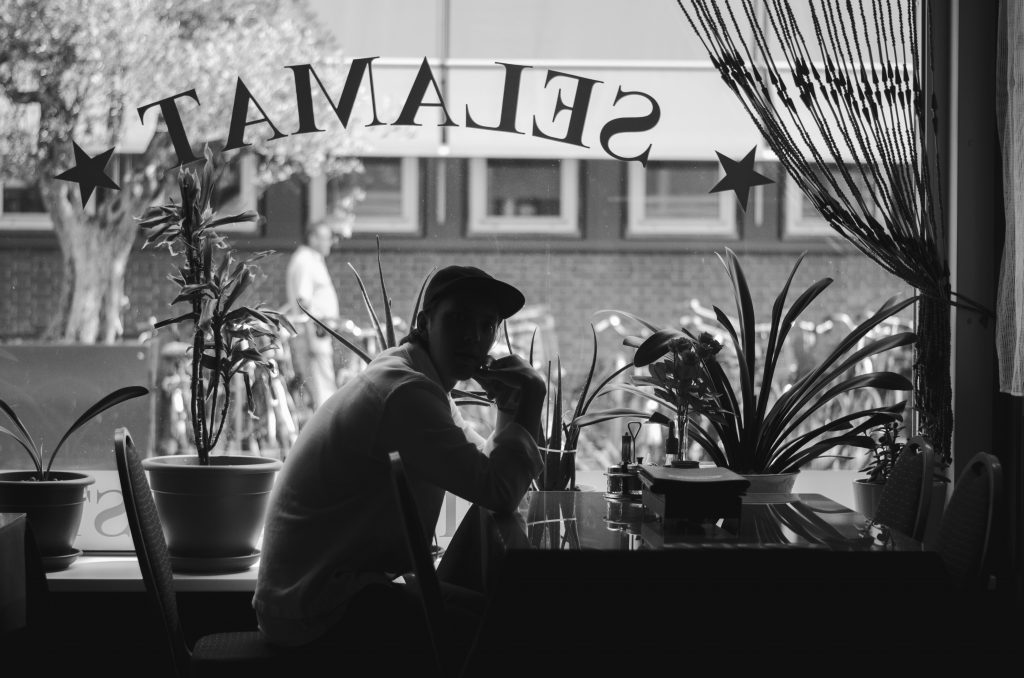 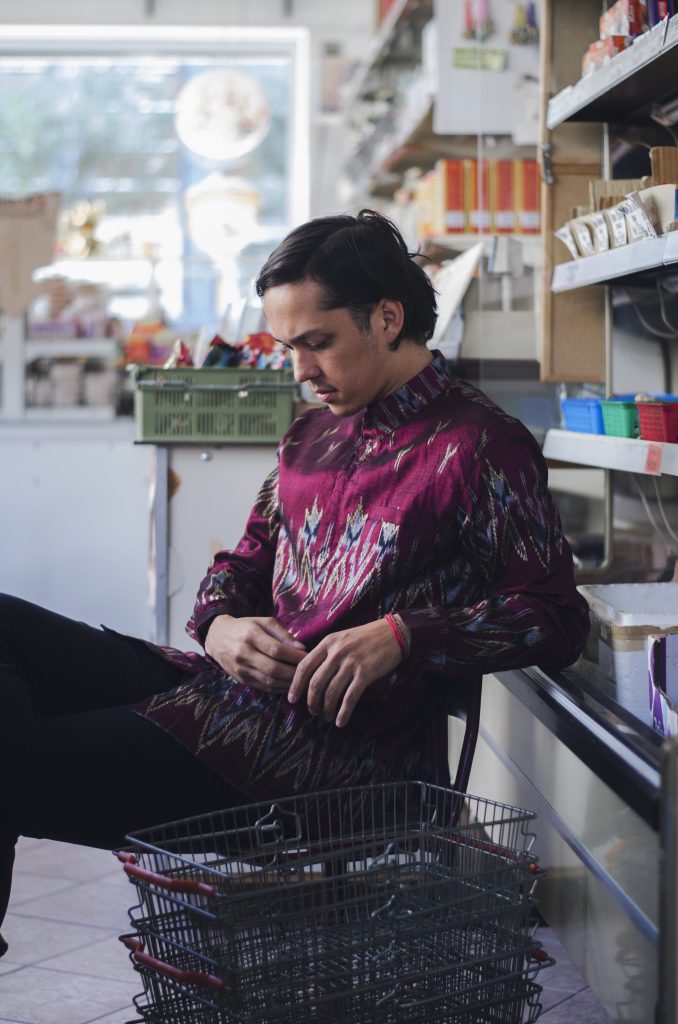 Only 27 summers under Kevin’s belt but he is a busy little bee in the studio and has already released his music on most major labels. Diynamic, Exploited, Lost & Found, All Day I Dream, Days like Nights, Einmusika, Get Physical, Audiomatique and Still Vor Talent. Besides from talent and a good ear, how has Kevin gotten this far so fast?

– It is not one factor alone but one big reason is once again the internet. It’s just so much easier to keep in touch, get feedback from colleagues and find the right people to reach out to. The internet gives you access to everyone, so why not use it? I signed a track to All Day I Dream three years ago because I sent a track to Kasper Koman who played it in a set. Then Lost Desert picked it up, and shortly after I had an email expressing interest from non other that Lee Burridge. It felt pretty damn good to be on the radar of someone you look up to. That’s just one way that the internet has worked it’s magic for me. Of course, I also have a network of amazing people to back the technology up, tells Kevin.

One question that is more or less always on my mind when talking to the electronic musicians: do they prefer to play live or DJ sets? Kevin knows where his love lies.

– I like playing my live set, but only a few times a year. I find that playing live can be quite constraining. I can only lead my music in a certain direction and I feel a bit cramped when doing this. But when I DJ, I can literally take the party in ANY direction I feel the crowd is up for. I love to have the opportunity to really connect with the dancers and let them signal to me where they wanna go. That is also why I prefer it when the DJ booth is same level as the dance floor. Then you can really feel a room, says Kevin as our talk moves in a more spiritual direction.

Since belief and spirituality is a very personal matter we don’t wanna force anything down your throat, but Kevin and I did agree that if there is a higher consciousness in this life; well then the dance floor is one place to find it.

Spiritual or not, the beers run right through us. 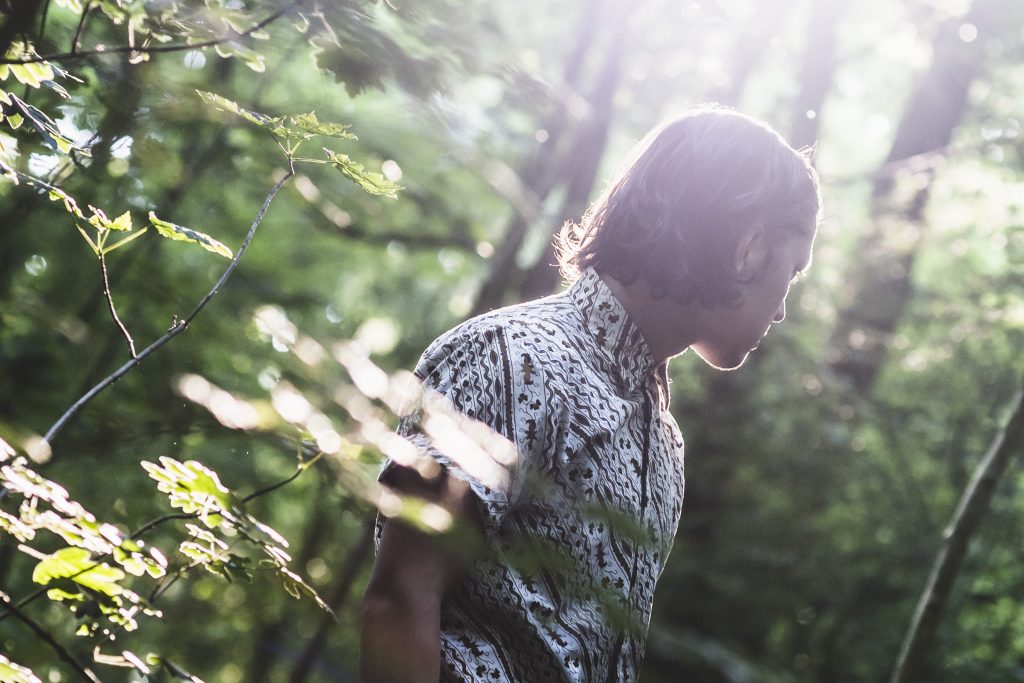 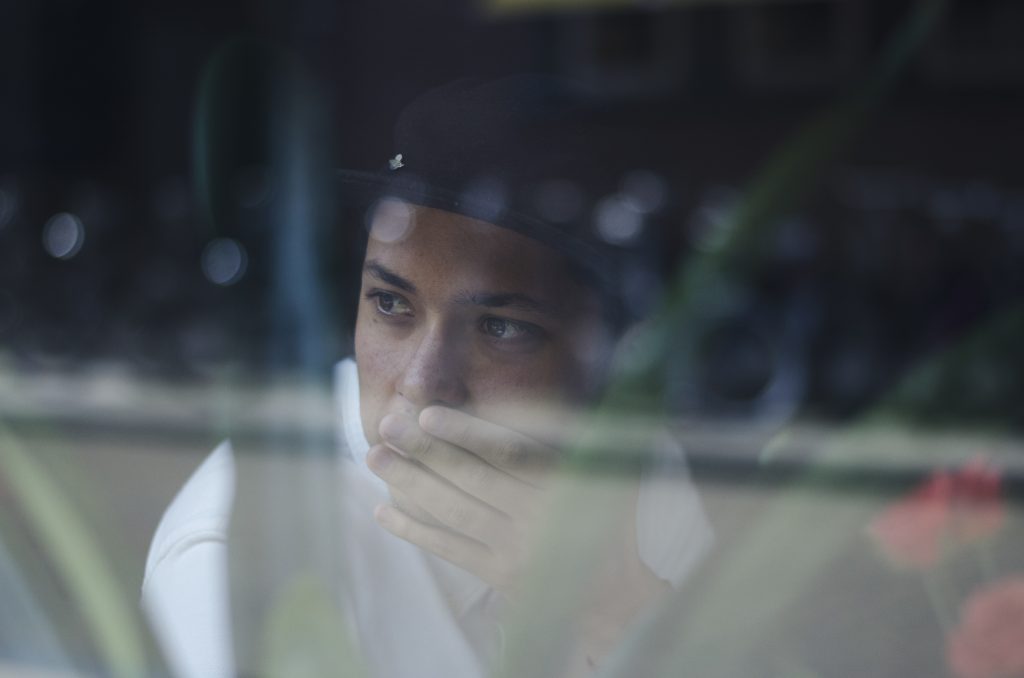 Around the world and back

While Kevin goes for an aiming contest with the porcelain throne, I can check if I have gotten my facts straight. As he sits back down I ask him if he is still living in Berlin.

– Well. My studio and apartment is in Berlin but to be honest, it doesn’t really feel like I live anywhere. I travel sometime four days in a week and at that point, the airport can start to feel a little too much like home. I am not complaining though, because I really like the way I am living. It is both an honor and an insane privilege to be able to play my music all over the world. I have met so many interesting, nice people since I got this opportunity, says Kevin and I can see a light in his eyes as he talks.

We break camp after almost two hours of conversations, and I walk Kevin back to Phoenix. Before disappearing to his room for a disco nap, I get a big old hug. I walk away thinking Kevin might just be on to something – it is really nice to meet new people.