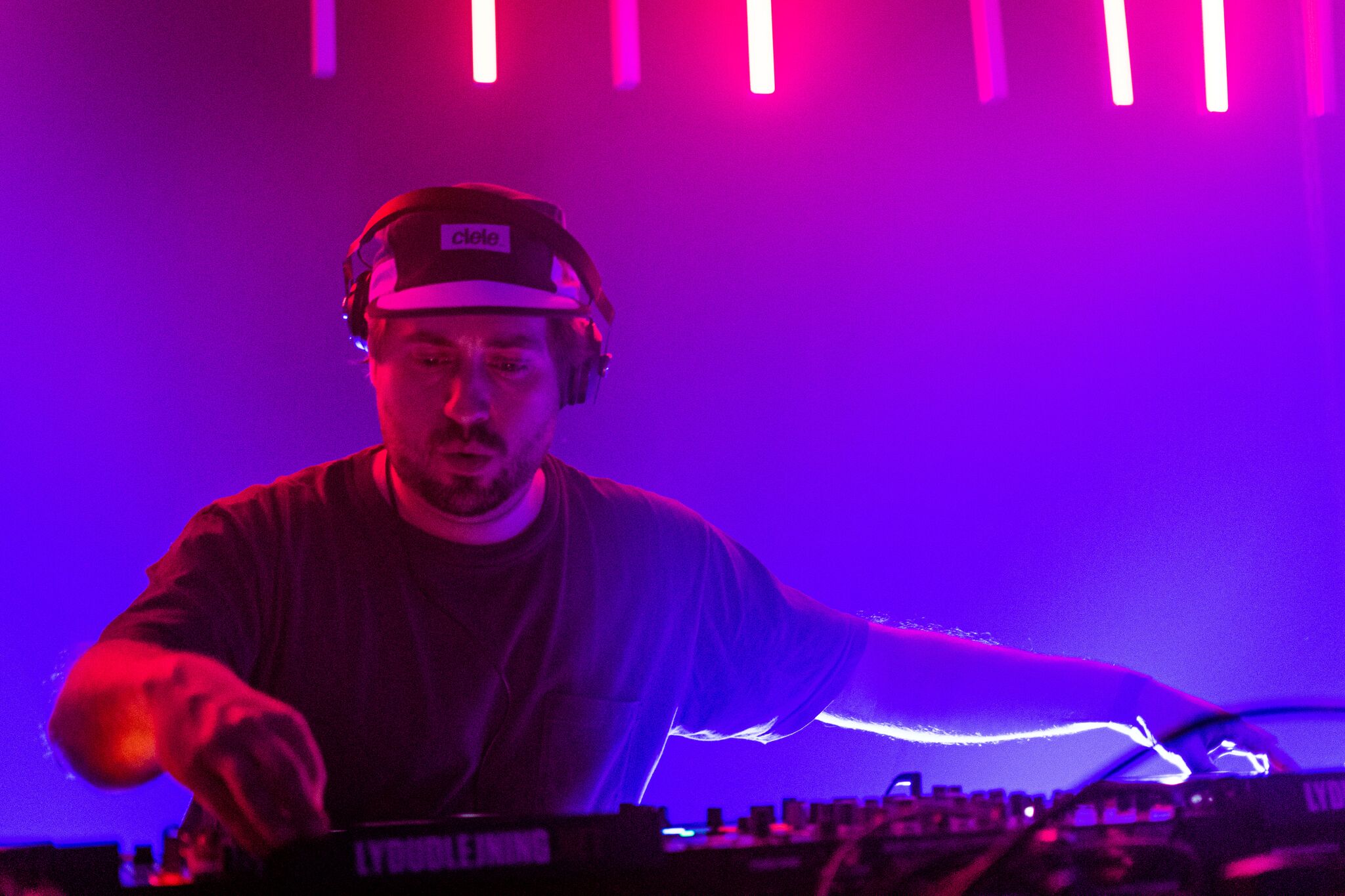 We don’t normally interview within the CPH DEEP collective as a general rule of nepotism. But when Jonas Klügel aka Azpecialguest pounds down a massive milestone after two years of hard work in the studio it feels appropriate to break the rules. On March 5th, CPH DEEP Recordings released its very first EP where Jonas not only debuted as a recording artist, but also will be the A&R going forward.

Let’s get to know Denmark’s perhaps most southern located DJ and producer a little better.

You might not think DJ and house producer in the eclectic underground, when your eyes first feast upon Jonas. The 36 year old city planner’s daily rhythm in Sønderborg couldn’t possibly get any further away from the strobe lights and overcrowded toilets of Copenhagen’s clubs. But it also has its advantages to switch living arrangements from a studio apartment to having space for a home studio. A home studio that has taken up almost all of Jonas’ free time in the past few years. Let’s turn back the time and find out how the passion for electronic music got started. 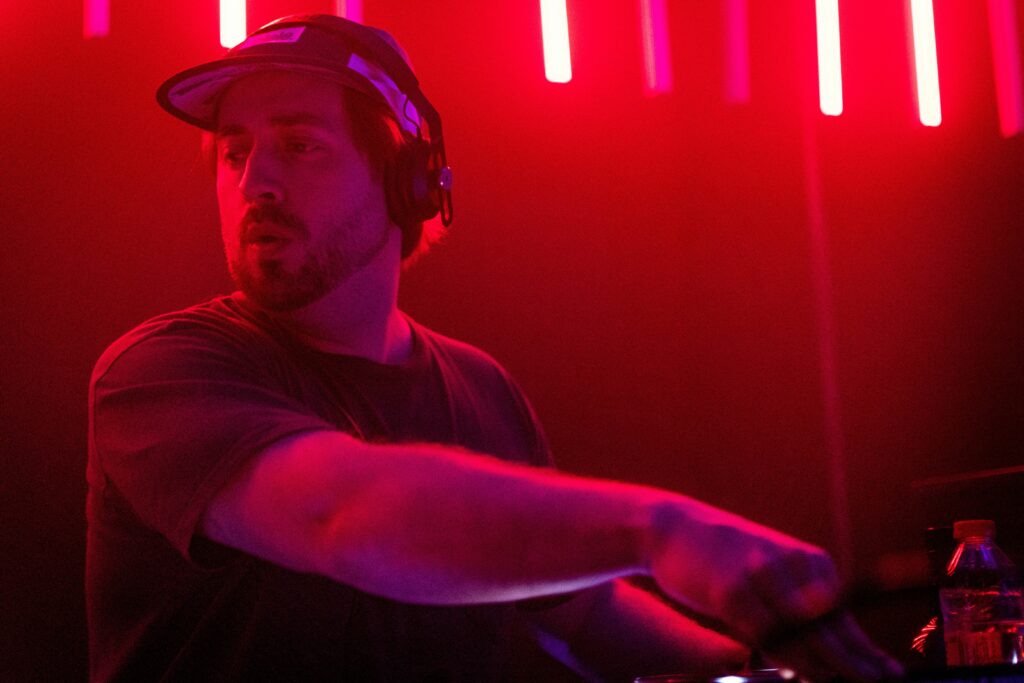 – Being a student was great and being part of the student bar only makes for more excitement. It was really fun serving drinks to my fellow geography students but to be honest, I was probably spending more time on the playlists than serving people. My friend in the bar, who was running a company/wedding/whatever DJ business, got enough. He asked me to come along for a gig the next day. I didn’t ask any kind of follow up. Just a big fat yes. I cannot describe the feeling I got that night just making people dance and setting the mood in the room. Even though it was a crappy mixer and two CD-players we were working with, it was such a massive experience that I fell in love on the spot, says Jonas, with a big smile on his face.

It has been 12 years since the excessive tampering with the Friday bar playlists at University of Copenhagen turned into a lifetime passion. Starting out it was all about having fun and making people dance. Jonas played just about anywhere that would have him and earned the needed experience. But playing 80-90 gigs in a year, the fun of making people dance to music you don’t care about fades. Before bottle service and dead-drunk teens extinguished his musical fire his luck changed.

– It was so much fun to play private parties and pop-clubs. Until it just wasn’t fun anymore. I did my turn getting to know my way around the turntable and the clubs. I was so ready for something new. Luckily, my study was right around the corner from Culture Box. I started being a part of the inventory. Tim Andresen gave me a chance to play at Culture Box which was intense. It was also here I ran into Mikael and got introduced to the CPH DEEP crew. Probably one of the most important moments for me. It feels so good to be releasing my first music with a crew of friends that I love, tells Jonas.

The desire to release music isn’t new for Jonas. Already 10 years ago there was a keen interest in producing. He first started playing around in his home studio but wasn’t ready to put in the work at the time. Also, he was suffering from one of the greatest DJ-illness known to man.

The patient is suffering from GAS

Even though Jonas is an avid lover of spicy mexican food and mescal the headline is not what you think. The acromnys is a rather well known condition for electronic music producers. Gear Acquisition Syndrome. Spending a ton of money on nice looking machines you saw your favorite DJ play with online and now you need to have it. For your productions surely, but they will also look amazing on Instagram.

– Yeah, I had GAS when I started out producing. I got paddles, synths and plugins that I really had no need for. When I was cruising around on social media, this new gadget seemed like just the thing that would give me an edge when producing. It was an expensive syndrome, but luckily I have been able to sell a lot of the items now. I found out what I really need to give me an edge when producing. Structure and hard work. If you mix that with talent and a sprinkle of luck you might just get to live your dreams. Right here, I really need to do a shout out to Keith Mills from Finish More Music, who has been a massive help and support to me and my productions, says Jonas.

Exactly that is what Jonas has been doing for the past two years. Working his booty to the bone in the studio to be ready to release his first music. It has been a long process, but he is finally ready. 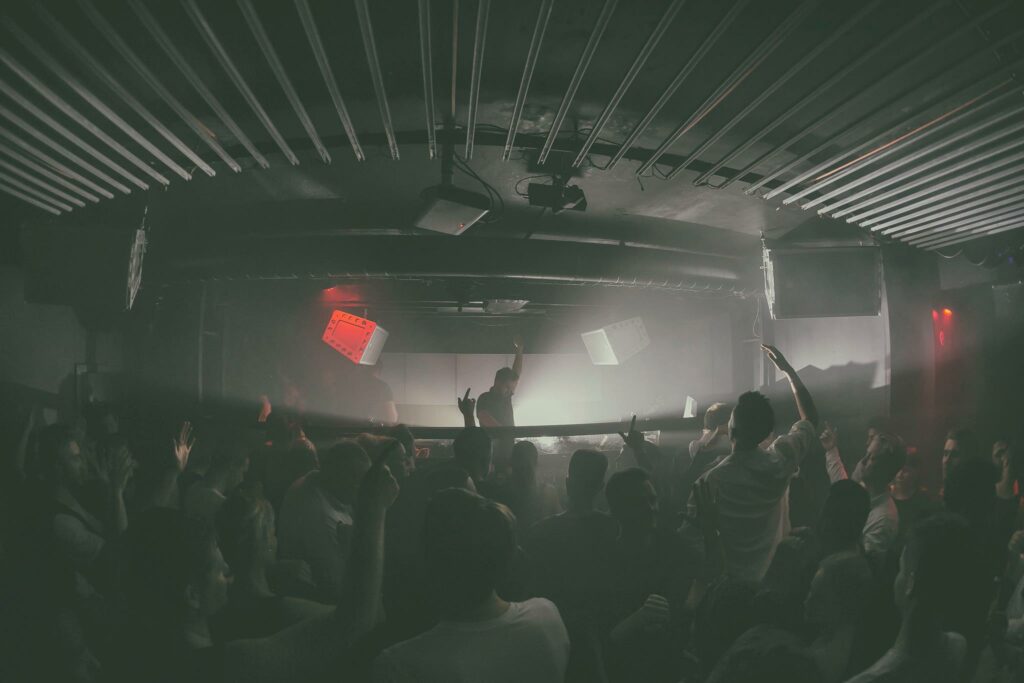 The dream of releasing music has taken a few detours but with the help of online classes, colleagues’ advice and coaching to get organized, it’s finally time. Azpecialguest is now a releasing artist and Jonas is the A&R for CPH DEEP Recording. A milestone has been pounded into the ground.

– This first release is the culmination of so many years of dreaming and two years of hard work. The time is right. It has been so nice to see friends like Baime and Nandu getting the international recognition they deserve. It just motives me to work harder, when I see it happening around me. The label is still a baby, but so was the IG60 and CPH DEEP a few years ago. Look at the family now. Something great is brewing and I am so proud to be a part of it. At this moment my musical life has come to a full circle, but no time to rest, the real work is only about to begin, explains Jonas.

As the A&R for CPH DEEP Recordings Jonas hopes to showcase established and up-and-coming artists with a story to tell. The label is not set on a specific style. Ranging from deep tracks to melodic techno and taking inspiration from the clubs in Berlin and Ibiza. And speaking to any producers, professional or bedroom, Jonas wouldn’t mind hearing from you, if you think that CPH DEEP Recordings could be the home you are looking for. You can get in touch with Jonas here: recordings@cphdeep.com

The most beautiful gig

One of my favorite questions to ask any DJ is about their best gig ever. It’s almost spiritual to see eyes light up and voices getting just a tad more dreamy. Jonas’ mind looks to drift out of the Corona lock down for a second as he is thinking. Naturally, it was quite a spectacle for the eyes to play in Mexico on Día de Muertos and getting to control the dance floor at IG60. Getting in the booth at Salon – Zur wilden Renate and Golden Gate in Berlin was a dream come true. But for the best gig story let’s mentally travel with Jonas to Südpol. Yes, the one in Hamburg.

– It was my first time at Südpol, but I could feel right away that the spirit of the place was something special. My set was around noon and the first three hours were good. I was feeling it and people were dancing and enjoying themselves. Then it happened. Every DJ’s nightmare. I lost the floor in a minute. I was more or less alone in the dark. My mind started racing 100 mph. Did I just play something horrible? Was I going too slow? Too hard? I almost panicked. One of the stage hands came up to me. Guess she could see that I was freaking out. So, she laughed and told me that the first rays of sunshine had just hit the courtyard. They will be back soon enough, I was assured. I played a full hour without a dancefloor. But then the place filled up at the kick of a drum. Everybody was recharged and ready to dance. The last hour was magical. At the end of my set a woman comes up to me and sticks a heart shaped badge on my shirt. She was not flirting, not saying a word. She just looked at me and I felt her gratitude for the music. It was such a pure moment. I still have the badge at home, says Jonas with great reminiscence in his voice.

I guess, both ravers and cats need a little time in the sun to recharge like the true nocturnals they are. Right now is the longest day-break in raver history. It will all be over soon. Jonas and the rest of the CPH DEEP crew is already ready to fulfill your wildest raver needs. Hope you are ready for us!