Lockdown times can be hard, so it was quite lovely that I had the chance to connect with the up-and-coming DJ/producer Adrian Roman. You might be hearing about him for the first time here, but I guarantee that it will not be the last.

I first learned the name Adrian Roman when I saw it on the tracklist of CPH DEEP Recordings’ very first release, coming on March 5th. I thought I should have a chat with him and luckily he agreed, so not long after he was on the other end of my Whatsapp connection.

Meet Adrián Roman López or Adrian Roman as he is known when he steps into the booth, studio or charts. A 25-year-old DJ and producer from Castellón de la Plana, right by the Mediterranean Sea and just a short drive north from the beautiful Valencia. Adrian has had music on his mind since he was eight and for the past ten years electronic music has been occupying most of the young man’s mind and time.

– When I was eight years old my parents signed me up for guitar lessons. I loved it for many reasons but mainly the part about composing tunes ourselves. It was boring to just play something that other people had written, so I always made sure to compose something for the lessons. With that attitude I guess that it was only natural that I ended up in electronic music. Here I can control not only the strings of the guitar, but I can be the whole damn band, singer, producer and sound engineer, says Adrian when asked where his passion for electronic music began.

It seems like the perfect gift when his supportive parents gave him his first mixtable for his 16th birthday. Unaware that it would be the beginning of a love story with electronic music he started mixing. Jumping to the present day, the first mixer is worn out like a Tuesday afternoon raver and Adrian is knee deep in work. First his regular 9-5 to pay the bills, and when it gets late in the afternoon you will find him in the studio. Turning nubs, rattling out precautions and distorting his voice just enough to fit his deep, melodic housey productions.

– An artist must mature in the studio and put in the hours to find their sound. In the last two years I feel that I am getting to a sound that represents me very well. A sound that I wanna build on. Not just in the house and melodic techno direction. In time I would like to explore other electronic genres that could support my sound, tells Adrian.

And what sound might that be? If you click HERE you can explore Adrian’s releases, but read on and he will tell you himself how he works in the studio.

– I work from a template where elegant, rhythmic and simplicity are the headlines. As you might guess that can take a track in many directions. Also, I love working with ‘real’ instruments — not just machines. I use my guitar, different percussion remedies and tambourine quite a lot. Nothing beats that organic sound. It hits me right in the heart. Many hours have vanished into thin air while doing my one-man-studio-band thing, describes Adrian.

The organic sounds seem to be working. We are only two months into 2021 and this release on CPH DEEP Recordings is already the fourth track out from Adrian Roman this year.

– I have five tracks ready at this point that I am looking forward to sending to labels. Lockdown might not be the most fun, but it sure is productive. 2021 could end up being a year of many releases for me. Let’s hope I can find labels that agree and want to release my music, says Adrian with a laugh. 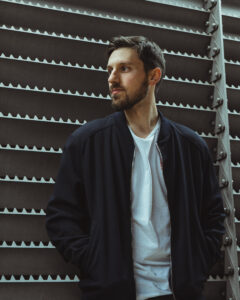 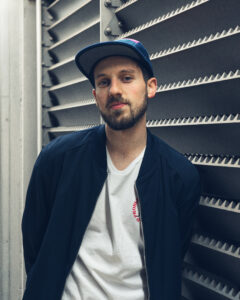 A debut to remember

I have been writing articles in the genre of house for long enough to know that asking about the first gig can provide some pretty horrific stories. Quite the opposite is the case with Adrian. His two first gigs are both memorable, full of love and included a warm-up set most DJs would sell their signed Kölsch fedora to get. Not that I need horror stories, but I had to ask if Adrián even has a bad gig story?

– Yeah, once I had a massive fight break out just as I was about to close my set with an unreleased track of mine. I was so jittery to see the reaction, but yeah that turned into violence instead, says Adrian with a slight disappointment in his voice.

A disappointment I can only truly agree to. House music is about love, music, more love and sweat. So, let’s instead hear about the dream DJ debut Adrian had.

– The first time I played was in my hometown surrounded by friends. That night was so full of love and magic. I couldn’t have asked for more. It was the kind of debut that leaves you wanting more in the best possible way. My second gig was at Ether: an Electronic Odyssey festival in Viveiro. I was warming up the stage for Charlotte de Witte. I was supposed to play for two hours, but Charlotte’s plane was delayed and I got closer to my end time, but still no sign of her. I don’t know how many hours I actually ended up playing, but that was for sure baptism by fire. The set went great, but it was a relief to actually get off the stage and get a drink in my hand. I went down into the crowd to enjoy Charlotte’s set — she killed by the way. Here I met some club kids that had just been to Berlin and told me they loved my set and could easily imagine me playing at Panorama Bar. If that is not the perfect compliment for a random dude playing his second gig, I don’t know what is, laughs Adrian.

Adrian is part of the very first CPH DEEP Recordings release happening on March 5th. We are very proud that this young speck of stardust graces our very first release. Luckily the feeling is mutual.

– I was so happy Baime got in touch and asked if I wanted to be a part of this project. Even though I have never been to one of the CPH DEEP events, there seems to be something magical happening when you guys throw a party. At least viewed from my monitor. When all of these corona restrictions are lifted I would love to come and play one of the IG60 parties in Copenhagen, says Adrian with a good amount of enthusiasm to his voice.

Unfortunately, it’s gonna be awhile before IG60 is back, but you better believe that we are already preparing to fulfill all of your wildest and dirtiest rave fantasies. Since we always keep our line-ups secret we can’t say if Adrian will come to play, but we’ll see…

If you want to hear Adrian’s contribution to CPH DEEP Recordings we are having a corona-friendly launch party on  Twitch Friday, March 5th at 6pm (GTM+1). If you want to support our first release it can be done right HERE.