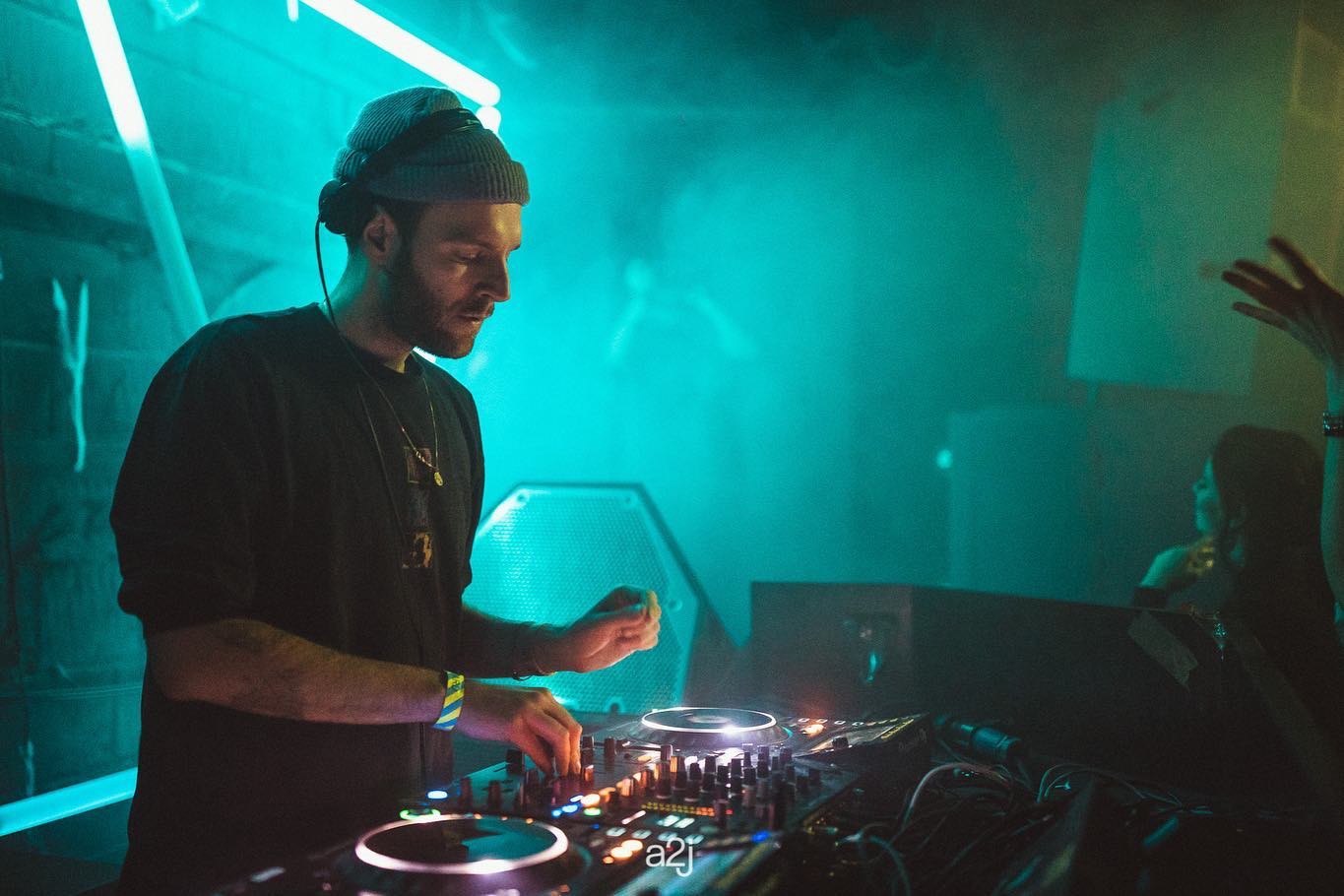 We caught up with David Guzy, one half of the heads of Berlin’s hot underground label: Radikon. Join us for a COVID-19 phone call as we talk Burning Man, making an imprint on Berlin’s nightlife and playing the legendary KitKatClub.

Before we can crack open the musical bone and suck out the delicious melodic marrow, a little COVID-19 update from the techno capital of the world. How has the quarantine hit Berlin and David?

– As you know, all the clubs have closed down and all gigs are naturally cancelled. For someone who depends on the money coming in from playing the clubs, this sucks. We of course need to follow the guidelines given, so this can blow over as fast as possible. I am lucky enough to have some savings, so I will be fine for some months. But I know that there are a lot of artist in our community, who will be struggling during and after this. My plan for the time being is the same as many others: lots of studio time, says David as we do the obligatory COVID-19 small talk. 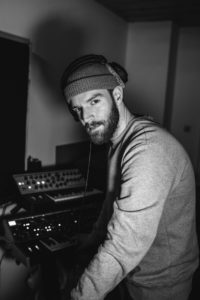 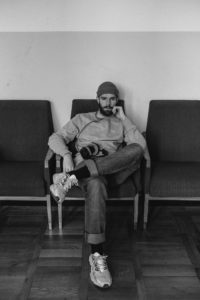 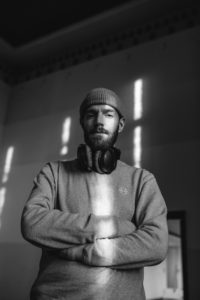 In the world language Esperanto, Radikon means roots. If you want to interpret on that, it could be that Jonas and David wanted to find back to the roots of house music. But talking to David it seems more like they are slowly growing the roots of a house family. I wonder how the first 18 months of Radikon has been?

– As anything you build from scratch it has been a lot of hard work, but it’s actually going a lot better than we expected at this time. The idea we started this out with and the idea that carries this project is to create a family feeling for the artists. To be honest, it’s going quite well. We feel a strong bond with everybody who is part of Radikon, and it seems to be creating some traction. We started out releasing once every six weeks or so. Now it’s every three weeks. Still it is important to us that the artist and sound fits the expression of Radikon. I’m just really glad with the way we have come in a year and a half, says David.

When getting more or less immediate traction with a house label in Berlin, there must be big future dreams for David. But as he dreams big he also wants to stay true to the foundation.

– In the coming years it would be amazing to be able to swim with the big whales – but we don’t want to change our organic growth and family orientated approach. Simply because it works for us. We want to create a nice feeling for our artists and for the people listening to our music, tells David.

Making it in Berlin

Music has been a major part of David’s life for eight years now. Before ending up in the belly of the underground he was consumed with hip hop, funk, world music and if you were lucky you might even hear some freestyle battle rap. In Marburg, he was also hosting parties called ‘Alles außer Techno’ meaning ‘everything but techno’ with friends. All of this changed when David went into the studio with Jonas Saalbach to record.

– At this time I was still living in Marburg and was on a Berlin visit when Jonas suggested that we hit the studio. I went in with an open mind and was just blown away at how much fun it was. I remember being super excited during and even for a long time after. I knew then and there that this was the direction I wanted to take my music in. Turned out that was a really nice decision, says David.

Four years have passed since David was incurably infected with electronic music. Last year he packed his equipment, said goodbye to Marburg and moved north to Berlin. But how does one go about making it in the club and techno capital of the world?

– Don’t know if I would say that I made it – I feel that I’m still growing. I have a lot to learn and a lot more to experience. There is a chance of making some sort of imprint if you work hard enough and have a clear vision. It is super hard to make your name heard on the electronic scene in Berlin and it is an ever consuming city. There is always an after party and then there is an after-after party. If you are serious about your music, you probably shouldn’t fall into that trap to much, says David with a laugh. 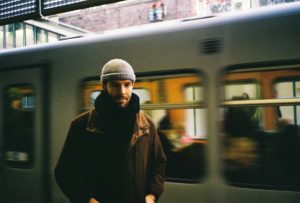 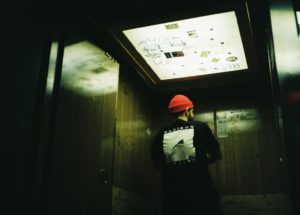 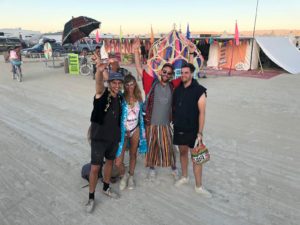 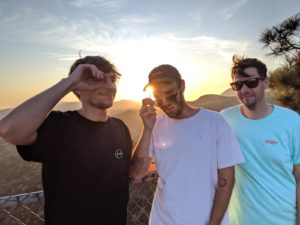 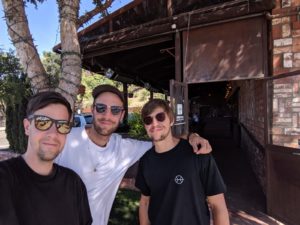 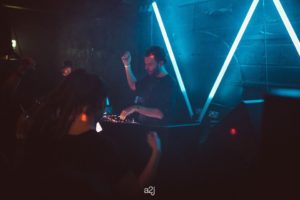 David may say that he still is trying to make it, but he has already brought his music to Japan, UK, Indonesia, Lebanon and Switzerland just to mention a few. A major milestone for any DJ came last summer when he played under the scolding hot Nevada sun, during Burning Man. An experience that made an impression on David.

– Naturally playing there was a dream come true. And to be able to do so with Dahu and Jonas just made it perfect. I played all in all six sets and they all had their own sprinkle of magic to them. I had so much fun. But one thing is playing Burning Man. Something completely else is witnessing a fully functioning city created where nothing is supposed to be. That is pure insanity. It almost felt like being at a gigantic flea market where everything is free, as long as you pay back to the community in your own way. It is encouraging to see that a place like that can actually exist. Besides, a community that has a Black Metal yoga place right next to an ice cream parlour has a special place in my heart. Definitely the experience of a lifetime, tells David.

Before David and I can end this phone call I just have one last thing I need to know. Having never been there, I would love to hear more about his experiences playing the infamous KitKatClub

– I have played there multiple times and I have a lot of fun every time. I think it’s a club that anybody with an open mind should visit. Some memories will just stay with you forever. Like getting compliments for my track selection while playing – you know from a woman having a guy in a dog mask on a leash. KitKat embodies what I really love about the electronic music scene. There is a tremendous amount of respect between the people there and there is a collective unity that I think is quite unique for a scene to have, tells David.

As David declares his love for the house and techno community, I can do nothing but completely agree. When respect is present, we are off to a good start. Since this interview is now over, I humbly suggest that you press play in David’s exclusive mix for CPH DEEP right below.