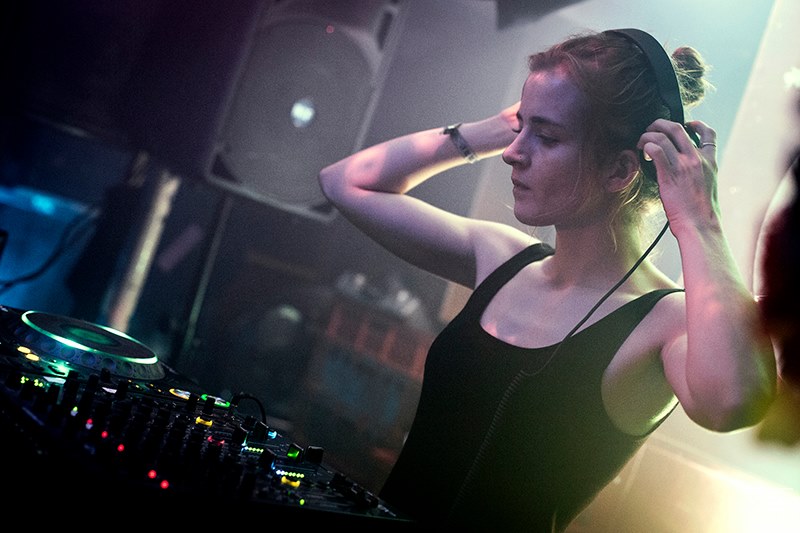 Pauli Pocket: It’s not about me – it’s about the music

When you meet somebody who at the age of 26 is a star of her field, have played all over the world and is putting her personal imprint on Kater Blau – well then you might find a person a little too big for their own shoes. The exact opposite was the case when I sat down for a glass of wine with the funny and openhearted Pauline, that you may know better as Pauli Pocket. We were lucky enough to catch her before she absolutely murdered the first annual revival of the legendary club, KB18.

– What do you have in the Syrah direction? Pauline ask the semi attentive bartender.

We are sitting in a small, cozy and loud winebar in Copenhagen’s Meatpacking district. Only metres away from where KB18 once was. I can’t help but smile, when Pauline turns to me and under her breath tells that she don’t know much about wine, but there are a few grapes where nothing can go wrong. She might not be a wine connoisseur, but luckily we are here to talk music.

Even though it has been less than five minutes since I shook Pauline’s hand for the first time, it almost feels like talking to an old friend already. 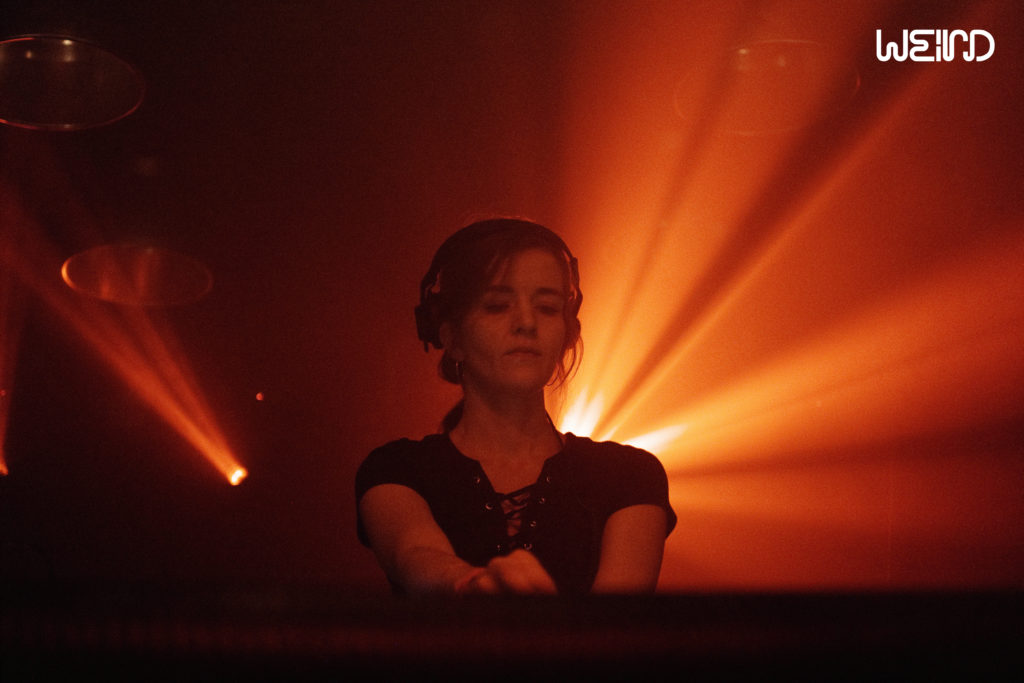 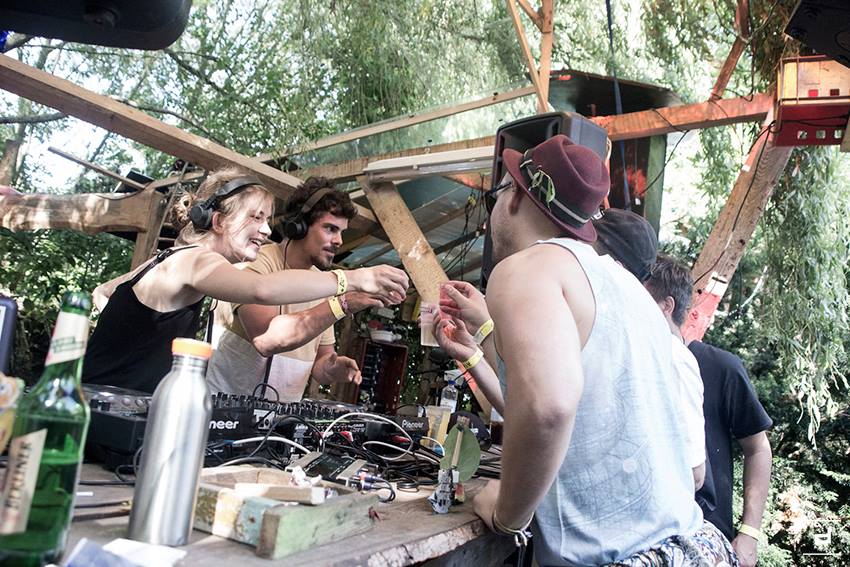 Getting her fingers on wax already from the early teenage years, 26 year old Pauline has been DJing for half of her life. As is the case for so many DJs – her friends showed her the robes and taught her how to mix with vinyl. At first D&B captured young Pauline’s heart, but after a week at Fusion Festival 2008, she switched in the direction of house and techno. A journey that came full circle this summer when she played Turmbühne with her mom and brother in the booth. But before we get there, Pauline takes me back to Berlin in a time when she was too young to enter the clubs, but still did.

– In Germany, we have a saying: “Ich bin tausend Tode gestorben”. It translates into: “I died thousand deaths”. That is exactly how it feels standing in the line to clubs at 14 years old with a friends ID in hand or the ’lick and rub stamp’ from a friend who has already been inside. One look from the security and you are jumpy, kind of like when you take the u-bahn without a ticket. But despite my young age and questionable tactics to get into the clubs, I don’t remember ever getting rejected. This is where my love for the electronic music culture started blooming. I just felt at home in the open and friendly atmosphere that you find in most clubs and parties, tells Pauline.

Unlike her high powered sets of pure dark energetic Disc Jockey magic, Pauline manages to slow down time when she talks and holds me captive. Hearing her point of view on the hedge fund gentrification of Berlin and the moaning over the closing of one of her favorite clubs, Rummels Bucht, leads me to believe the reason for the unique Pauli Pocket sound comes more from personality than practice. 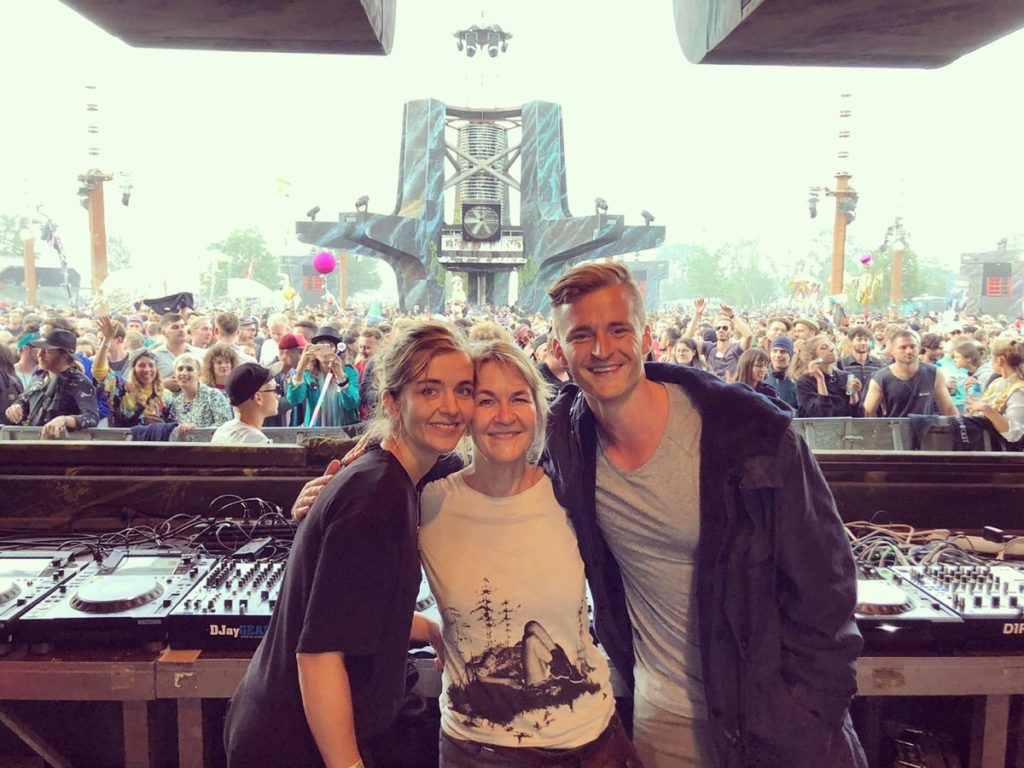 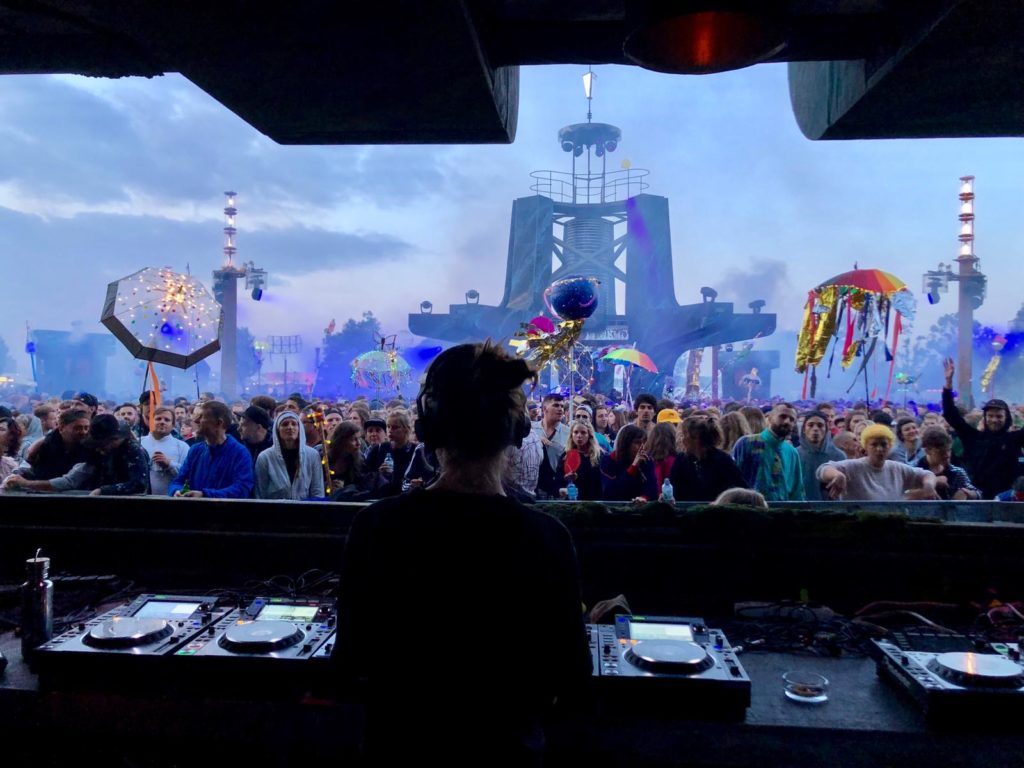 The only place in the world where socialism truly works is once a year during the week of Fusion Festival. This 24/7 techno and serotonin celebration helped point Pauline into her current DJ path.

– I was quite young at my first Fusion Festival. And honestly it was just one big, happy mind fuck. It was massive and almost intimidating, but at the same time just packed with love and great music. Lucky for me that the age limit came later, says Pauline before turning the clock to this summer.

– Every time I get to play Fusion is a treat for me. It just has such a big place in my heart. That is also why it was extra special that my mother and brother decided to come there for my biggest set ever at Fusion: Playing Turmbühne. Even though they are both very far from the electronic music scene, it was an amazing experience to have them there and share one of my biggest moments as a DJ with my family. It was the first time my brother saw me play and my mom saw me 11 years ago the last time. My mom loved it so much that she actually ended up staying for 24 hours after my set. I left the festival site way before she did, says Pauline with a big smile on her face.

It is not just Fusion that have hired Pauline over and over. Major clubs like Sisyphos, Watergate, Polygon, Kater Blau and Hive have her on retainer. I can’t help but wonder how Pauline feels about having this kind of spotlight on her?

– I think one thing that has always attracted me to house and techno culture is that the focus is on music. If it was up to me, all of my gigs would be with a screen in front so that only my shadow would be showing. When I DJ it is not about me, it’s about the music. You will very rarely see me putting my hands in the air and playing to the crowd. Not because I am not having a good time – I love every second of it. I am just so much in my own head right then and there that it’s nothing but music on my mind, says Pauline.

As I hear Pauline go on I can make but one assumption in my head. For her, music is a very personal matter and, with the utmost intent to sound corny, a personal journey. An assumption the I get confirmed when guiding the conversation in the direction of her dream b2b session.

– Honestly, I don’t have anybody that I dream of playing a b2b sessions with. That might sound snobbish, but playing music together is a super intimate experience, so I only wanna do it with people I know very well. You know, someone who’s on the same frequency as me. Maybe this is why I really love playing b2b with Foolik (ed. Pauline’s SO). I love when we get to play long sets together. 8, 10, 12 hours. The longer the better. This gives me the chance to get lost in music and just get super nerdy. This can be really hard when you are playing two hours at peak time. Long sets are actually kinda therapeutic to me. It just clears my head right up, Pauline explains.

So, who deserves more?

When you end up drinking more than one glass the conversation tends to follow in length. 90 minutes later and we have been on the topic of bi-annual clubnight at Kater Blau, illegal substances and the importance of real connection. One answer really stuck with me when I asked Pauline, who she thought was deeply underrated in this business.

– It seems like almost too much to say my boyfriend Foolik, right? Yeah, I guess so. There is just so much talent out there right now, that it can be hard to pick, says Pauline before a short break to think. She breaks the silence with a semi-loud and enthusiastic voice.

– Oh yeah! I know who. And I should have gotten there before, since we are sitting in Copenhagen. Bongo & Pusk. Those two guys have made some really nice music and there is just a unique energy to their sets. They were the ones who booked me for my first gig here in Copenhagen. I would love to see them getting some more recognition – because they really deserve it, says Pauline.

I could have talked to Pauline for much longer, but it was getting to that time where she needed to get her disco nap, so that Pauli Pocket could be on her toes later.

We hug goodbye and I get on my bike. As I defy the cold winter weather for three short kilometers, I can’t help but imagine how big a star this amazing woman is gonna be in be a few years from now. All I know is that I can’t wait to experience live the magical, melodic, deep, dreamy, hard and unpredictable house music sprinkled straight from Pauli’s Pocket.