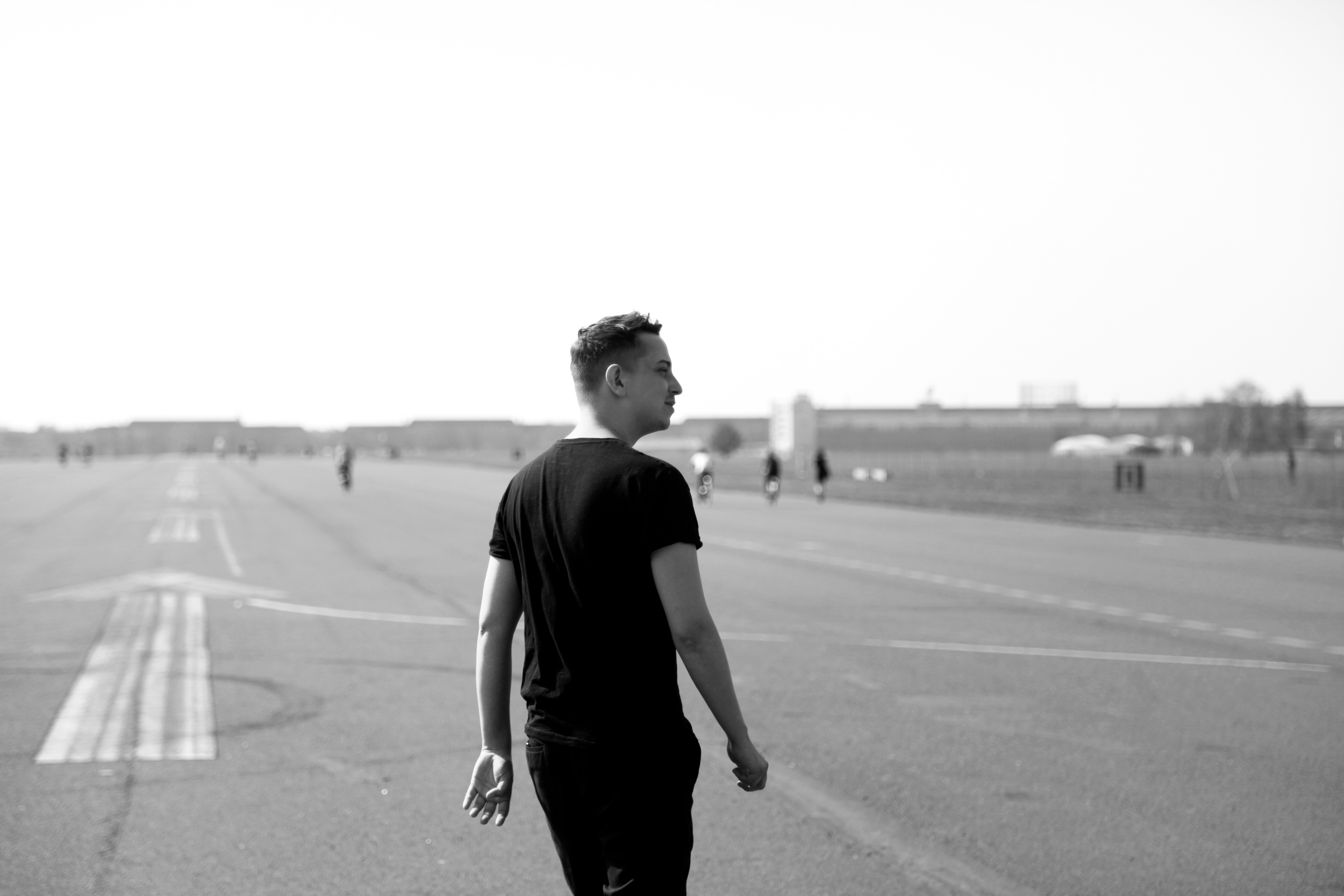 Krink – The self made techno imposter

Having spend more than half of his life producing music and now being a name major clubs are proud to put on the bracket, Krink still finds himself dealing with the imposter syndrome. We caught up with this maestro of slow, dirty yet energetic techno from his COVID-19 quarantine fortress in the heart of Berlin. Join us for a talk about music, producing, strange experiences on the road and more.

Philipp Krink, as he is known by the government, was born and raised in beautiful Hamburg, but moved to Berlin 8 years ago. Since then the gentrification of Berlin has been happening at an increasingly rapid pace. With a COVID-19 recession right around the corner, different times lay ahead for the techno capital of the world. A thought that has consumed Philipp during these recent weeks.

– I am curious to see how the club scene of Berlin is gonna look like in the nearby future. A lot of clubs are already dealing with insanely high rents and new regulations. Months of no income could change the face of Berlin’s nightlife, but I feel no fear for the survival of our scene. There are simply to many visionary people who love house and would never let our club culture die. This coming time is gonna be hard for clubs and artists, but I am confident things will be fine in the end, tells Philipp. 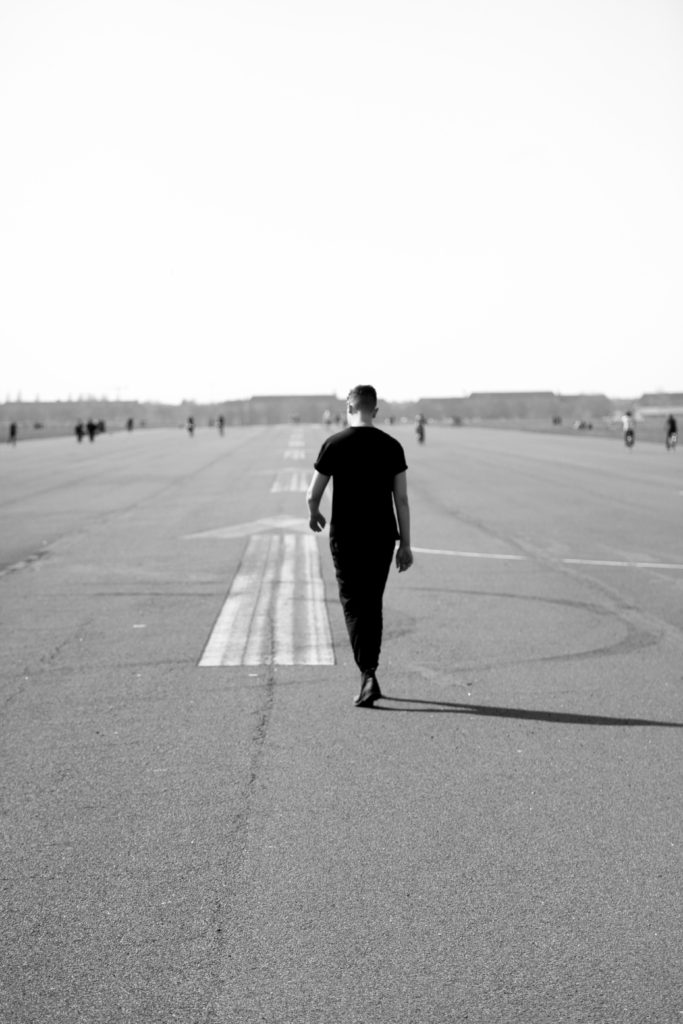 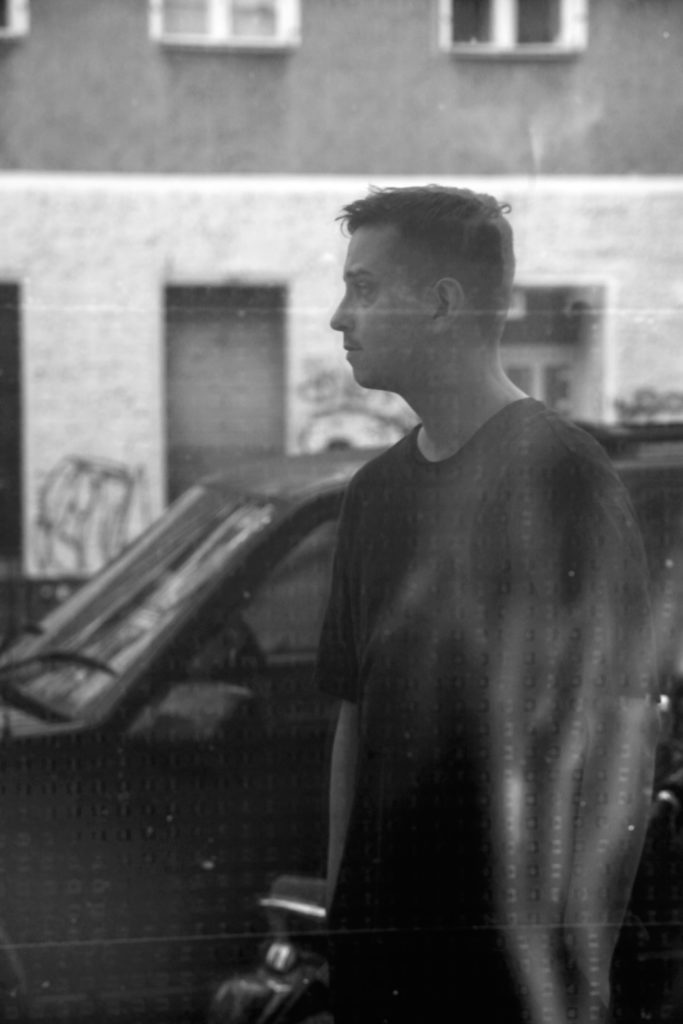 Let’s turn back time to the early 2000’s, when 15 year old Philipp started playing around with music on his computer. In a time where youtube tutorials was a distant utopian fantasy.

– As you might have guessed, making music was a different discipline back then. Hardware was expensive and the digital options were a whole other thing, compared to the options today. Back then I would have loved to go online and find answers. My learning curb has been a lot of talking to colleagues and learning from them, but also just listening to music and wonder how it was done. Then I would try to copy the design of the sounds. Often I couldn’t get the exact sound I was hearing, but I created something different. For me that was a great way of finding a sound, when I was starting out. I actually still use this method of working, says Philipp.

The hard work paid off soon enough. At 18, Philipp got his first real gig. A DJ set at Rote Flora – a very left venue that seems to fit a city like Hamburg perfectly. Philipp remembers having a fantastic time and for the first time really thinking about music as more than just a hobby. But the experience also was the first, but far from last time he felt the imposter syndrome.

– As many others have felt before me, I was super nervous before my first gig. Was I good enough? Would the dance floor just empty out when I started playing? A overflow of doubt, you know. My first night went fine, but the imposter syndrome comes back to me every now and again. I have this recurring dream that I’m at a big festival where I am suppose to play. But nobody told me, so I’m completely unprepared and scared shitless. I think when you work in the artistic field, the imposter syndrome is just something you have to find a way to deal with, because our ‘product’ isn’t tangible, says Philipp.

Philipp might not produce something tangible, but he sure has found that special sound that he should be proud to call his own. And in these pandemic times we have really found out what constitutes as being essential. Music and art might not fall in that category, but life sure would be a hell of a lot more boring without people like Philipp. People who are willing to lock themselves in the studio and produce music for us. Luckily that is how Philipp works the best.

– I must admit that I get jealous of my producer friends, who are able to sit down and just create. I need a clear schedule – like for the whole day. Even having a coffee date can fuck up my work flow. Part of being creative for me is to structure my day around it. I know it sounds backwards but that’s how it works for me, says Philipp and continues:

– As so many others, I produce with a mix of analogue equipment and digital tools. I could probably not use the 808 or 909 as the only thing for a track. The sound is so distinctive that I feel that it’s hard to put my own spin on it. I like to start my sessions by looping whatever might come to mind. It works for me but I do have many GB’s of loops saved that I haven’t put to use yet. On those days where I have trouble finding the creative spark, I like to take a long walk with my recorder. 10-20 kilometres in and around Berlin where I just record sounds. I like using these walks to find new ways to go with my sound, explains Philipp. 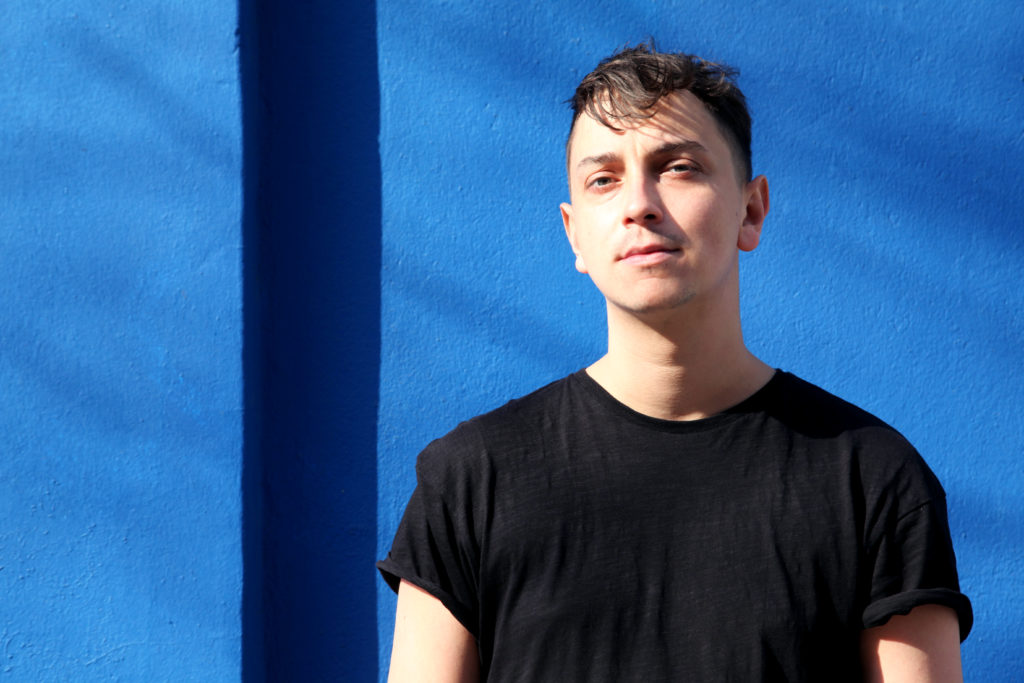 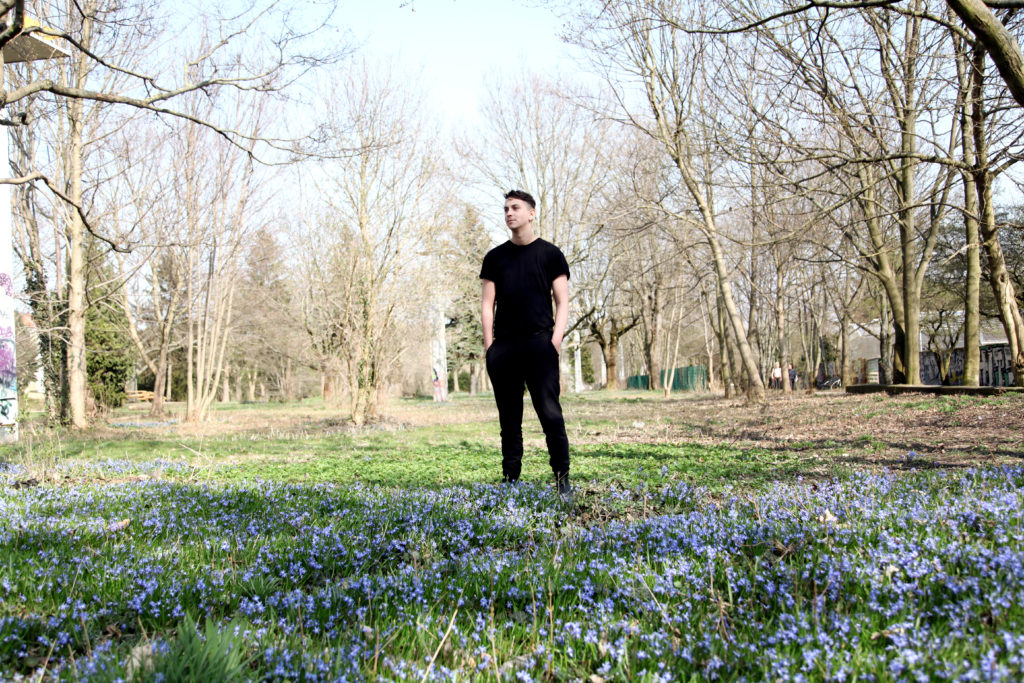 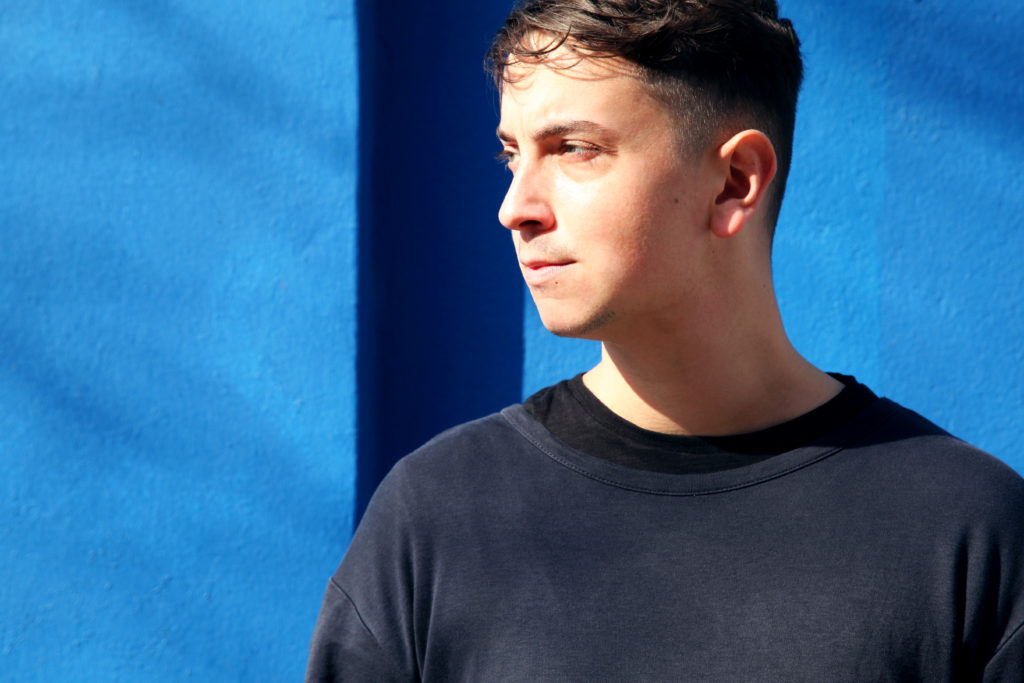 Techno in the sun

Philipp has definitely found a way of producing that works for him and if you check out his music, I think you might just agree. Last summer was full of gigs and one of the most noticeable ones was his fourth time playing the landmark festival, Fusion. Though this year was an experience out of the ordinary.

– Playing Fusion Festival is a highlight every time it happens, so I was pleased to be playing Türnbuhne for the second time. But I was playing at 4 pm and it was just one of the hottest days of summer. Most people were smart enough to lay somewhere in the shadow and gather their strength for the cool evening to come. The lovely people who were there was packed either right in front for the booth or in the middle of the big square – the only places there were shade. I’m impressed and happy that people were dancing in that heat. Must say that I did not play as hard as I had planned. I didn’t want to be the reason the people danced themselves into a heat stroke. It was just such a strange thing playing to two separated groups of dancers, Philipp describes.

Philipp’s sound has sent him around the world. America, Turkey, France, Switzerland, Tunisia and Russia have danced to the sounds of Krink. Especially the countries in Eastern Europe have had strange twists and turns along the way.

Sleeping with the secret service

Playing a beautiful architecture soviet landmark like the Demirchyan Arena in Armenia with Budakid and Miyagi has been a definite highlight for Philipp. Understandable, because there is something to taking electronic music out of its usual grimy environment and into a magnificent concert hall. Philipp has also arrived to a gig in Russia where the security at the club were carrying guns. A scenario that does not really fit with the vibe of the underground – at least not in my book. Let’s instead dwell on another gig in Russia where Philipp and his agent ended up in the nest of the Russian secret service.

– We were in Moscow for a gig and went to check in at the hostel. The single room we thought we had reserved was not available, so we had to sleep in a dorm room. Not optimal, but when it’s for a short time, it works. We met a few of our six potential roommates when we arrived. My agent knew Russian, so we small talked a bit before we went about with our day. They seemed nice, so didn’t think much of it before the following night. I woke up coughing in the middle of the night. Then in the dark I just heard this voice in perfect English asking me to please stop. I was confused to say the least, since the voice in the dark was new. How would he know that I didn’t know Russian. In the morning we were alone in the room and one of the guys had left a note book open, so we had a look and it was full of notes and observations. A quick Google search later we found out the the FSS building was right across the street from the hostel. Not that we felt unsafe in any way, but it was quite strange to have been sleeping with officers of the FSS. At least we assume that’s who they were, says Philipp with a laugh.

With these strange experiences from the road we make a full stop for this round of Krink stories. But once the pandemic is over and we can finally gather again, I hope to be on the dancefloor when Krink is cranking out some of those dirty, slow energetic suppositories of techno into our bodies and souls. Philipp might feel the imposter syndrome from time to time, but the Krink story is far from over.

Stay safe and listen to this: