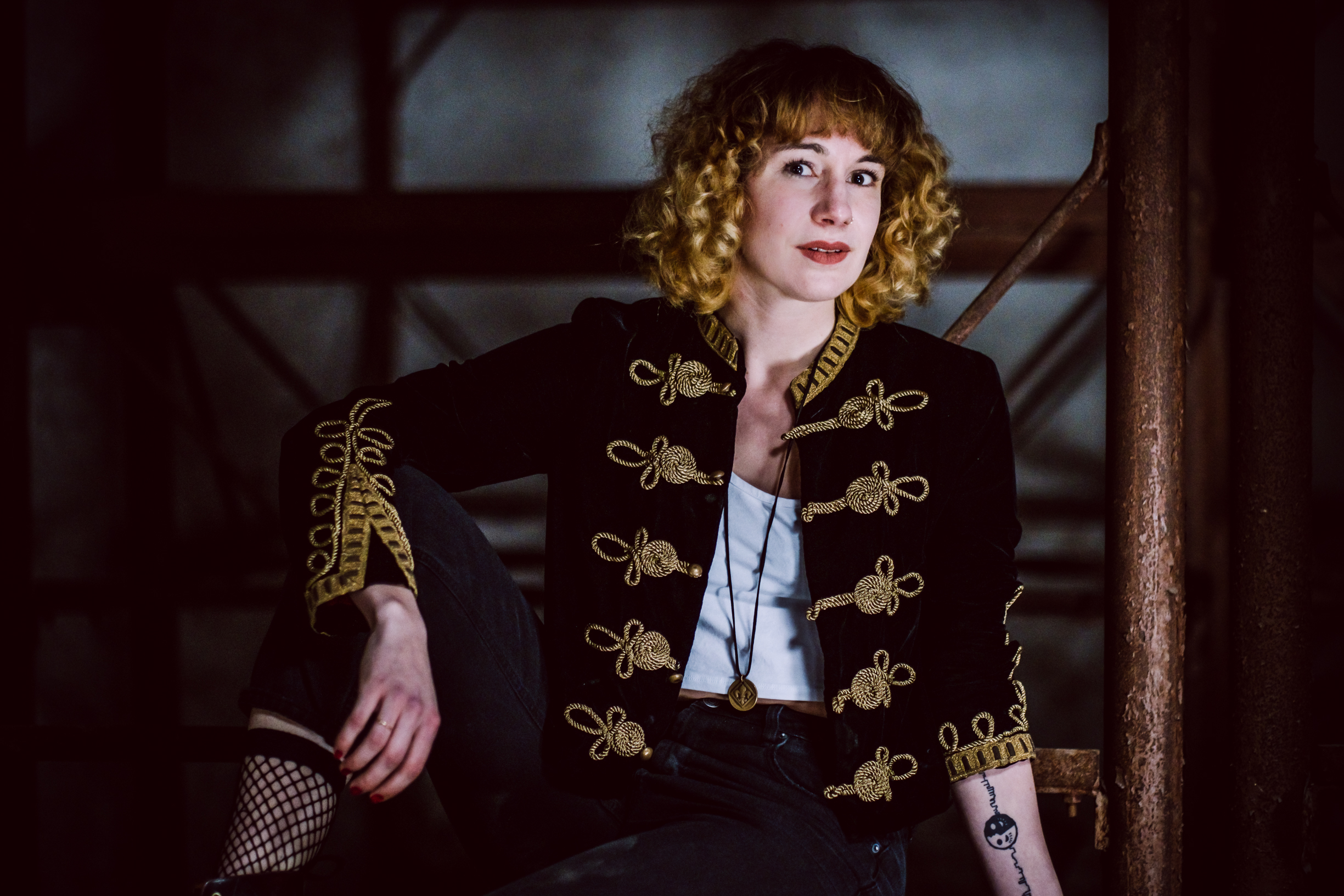 We talked to Lisa Filou who had her Fusion Festival debut this summer. A debut that almost turned into a full blown nightmare when the technic failed her moments into her biggest set ever. That and more as we get to know tomorrow’s hot house commodity, Lisa Filou.

The story you are about to hear is a DJ nightmare worse than looking into the mirror and saying the terrifying word “Tiesto” five times, only to summon the beast and be strangled with a AUX-cable. Before we get to the story that would make any DJ cold sweat like a broke fentanyl connoisseur, let’s go back to where the seed of this story was planted. Also Fusion Festival but resetting the calendar to 2014.

At this time Lisa Tüschen, as she is known by the tax authorities, was living in Munich and studying psychology. She was as unaware of real house culture as a person holding a German passport could be, but was at the same time growing increasingly tired of the top-40 music scene and the bottle serviced clubs. Luckily Lisa’s friend Nora convinced her to come along to the fabled Fusion Festival. Here the house culture took her in for a warm hug and hasn’t let go since.

– I went to Fusion without really knowing what to expect and simply got my mind blown. It is almost a cliche to say, but it changed my perspective a whole lot. It’s wasn’t just that the music was fantastic, the stages build with enormous imagination or how friendly people were. It was like stepping to another world. There was just this feeling of unity and I got super inspired just being there. During that festival week I could not get enough of the music, the impressions and the people. It was just pure magic, tells Lisa with reminisces in her voice.

In the aftermath of an experience like that most people would go home and lick their PTSD festival wounds and slowly reacclimatise to the real world. Not Lisa. She was determined to get even closer to house culture.

– I got back to Munich after the festival and it felt like something was missing. I kind of knew what. So, 18 months later I decided to migrate to Berlin to get closer to the fontaine of creativity and craziness. It was a move that felt right and I was super lucky to run into some amazing people fast. Think it was within two weeks after moving that I got to know Sascha and Alexej from Ram Schakl. They took me in and became my family and musical mentors. I own more or less everything I know musically to these wonderful, free floating entities, says Lisa. 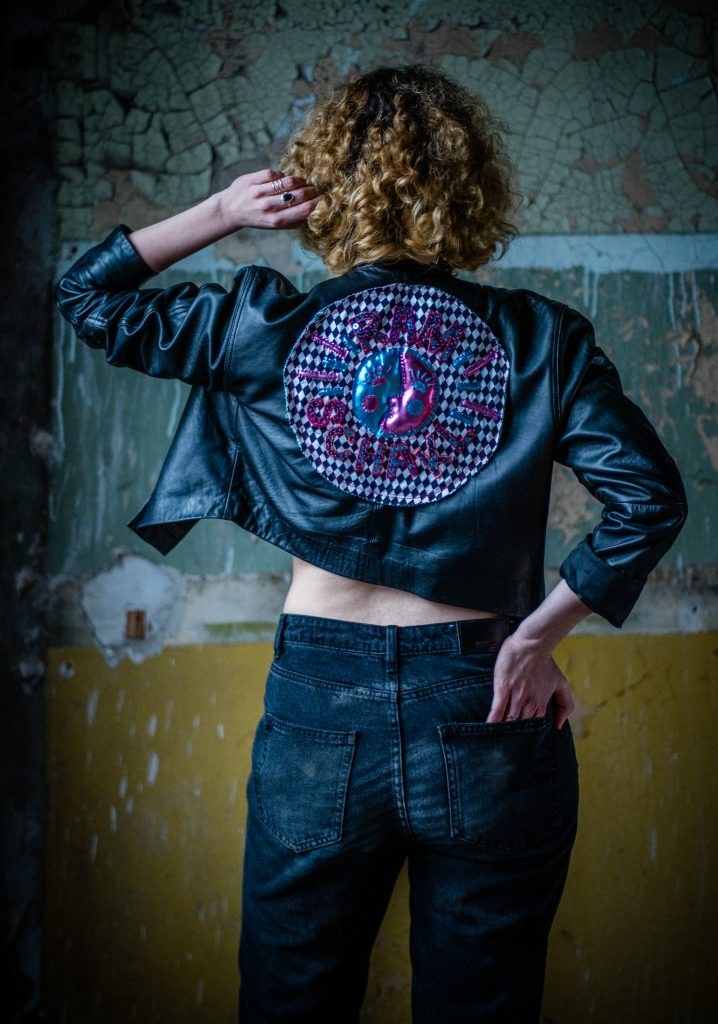 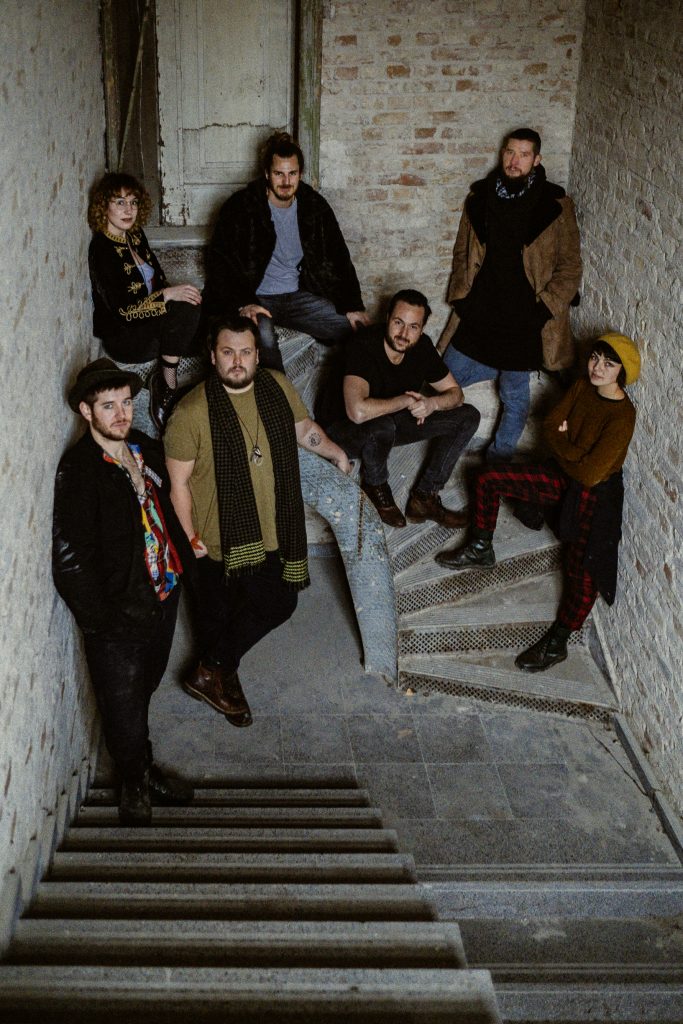 The first years in Berlin was a hurricane of studying, working, partying and getting deep under the skin of the original city that never sleeps. Lisa grew closer to the Ram Schakl crew. A crew of DJs and artists who have put their touch on festivals like Distortion, Fusion and Grabicz by building the stages for us to worship with modern tribal dance. Needless to say that Lisa was enjoying herself in the Berlin. She even started looking over the shoulders of her friends when they were DJing. She slowly picked it up piece by piece and at the end of 2016 he started playing. Some long sessions with Sascha and Hanso of Ralli & Hanso taught her all the technique that she knows. In the winter of 2018 she was ready to play her first gig. The nerves she felt that day at Mensch Meier are still with her every time she steps up to the decks and plugs in. Even though it has only been 18 months since her debut, Lisa has already played at landmark clubs like Klunkerkranich, Sisyphos and Kater Blau.

– I am blessed and lucky to have experienced this much within a short period of time of starting out DJing. I have been given some outstanding opportunities like my morning set at Sisyphos Wintergarden early spring that is gonna stay with me forever. The booth is on the floor with the dancers, so I really connected with crowd and they gave me so much energy. I felt a touch of magic when the first ray of morning sun burst through the tainted windows and made the room glow. I did not believe that my three hours were up when it came time for the closing track, says Lisa.

As magical as the Wintergarden was Lisa can’t quite say the same for her debut playing Kater Blau for the first time. Here she experienced the same Traktor problems as occurred at Fusion. This gig is the main reason for Lisa’s very extensive tech preparation for Luftschloss.

We are back in the current year and Lisa is just ten short hours away from her biggest show ever, closing Luftschloss at Fusion Festival. The Ram Schakl crew arrived two weeks earlier to help build the Turmbühne stage and Lisa enjoyed a lot of great talks and concerts where Denis Horvat, Irene Dresel and Mira & Chris Schwarzwälder were among the favorites.The intense heat, the absurd amount of kilometers walked and danced had left Lisa tired and nervous, but also looking forward to her 10 am Monday closing of Luftschloss.

– I went to see Andrevictor but was home around 1 am, so I could get a good night sleep. Before hitting my mattress in the van I double checked all of my equipment. The incident at Kater Blau had made me a bit paranoid, so I had two laptops ready and also USB sticks – you know, just in case. Every part of my body was ready for sleep except for my brain. It just went into hyper drive. A massive stream of what if’s, rechecking of equipment, tracks I could play and the giant countdown clock in right behind my eyelids. Nine hours left to sleep, eight hours left to sleep, seven hours left to sleep. I could not find peace, so it ended up being a completely sleepless night. Not exactly what you need after five days of festival, says Lisa.

She got her tense body off the mattress and got herself a shower and some breakfast. At least that brought Lisa back to a somewhat human state of mind before making her way to the Luftschloss to feel the mood of the stage. 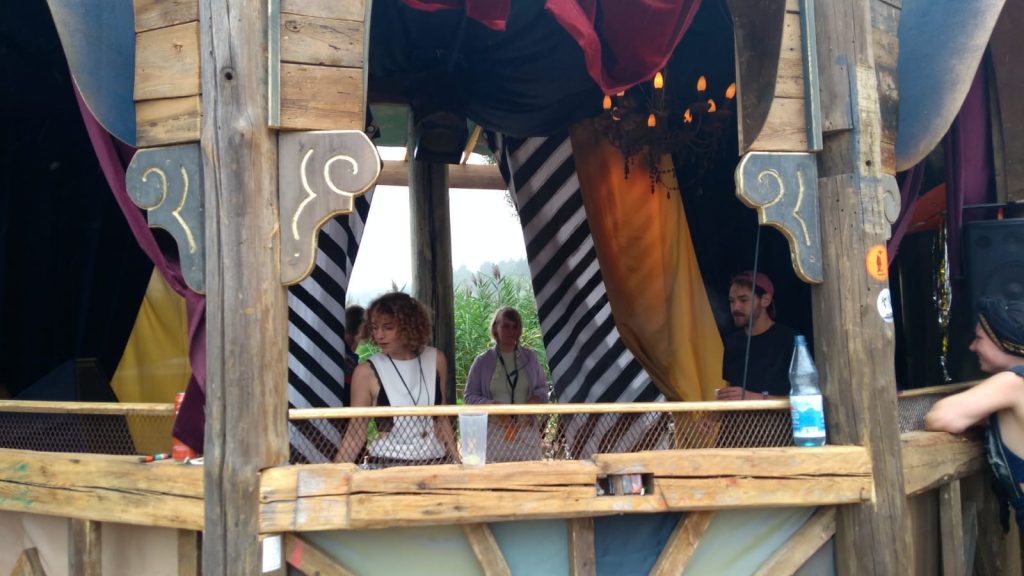 – Vanita, who was on right before me, was playing hard techno when I arrived and I started getting a bit nervous again. But the crowd was on and she went down some bpm’s for the final part of her set. So, when she took a bow and passed the baton I felt ready. What I didn’t know was that the next five minutes was gonna be the longest of my life, says Lisa and goes into details.

Only moments into her set, the computer starts acting up in the same way as at the gig at Kater Blau. Praising her lucky stars that she had the second laptop ready she plugs it in. Only to see the exact same problem. Knowing that she would not be able to handle another beatmatching galore session, it seems like there is only one way forward now. Plugging her USBs into a CDJ mixer for the first time in her life and play from there. However, this mixer was taken away by the stage hands, since Lisa was last and originally not going to use this mixer.

– At this point I was in a pure mode of panic, but with hope since the CDJ was on the way back. As my laptop is getting very close to a useless state I hear the unmistakable sound of large gear being dropped. The CDJ mixer is looking up at me from the ground and at this point there is just dead air. The next moment is me praying that the mixer survived the fall and that my lovely friend Sascha could coach me through playing this new hardware. In the midst of this who should come on the the stage but Eule. So there I am. Standing with the head of Fusion Festival, dead air, trying to get my show restarted as my friend is small talking with Eule telling him that the music hopefully will be starting soon. He was cool about it but I would have loved to meet him the first time under slightly different circumstances, laughs Lisa.

As she gets the go-ahead from the tech crew and connects her gear to the CDJ the crowd slowly gets back into it as Sascha is doing his very best Ratatouille impression and controlling Lisa’s hands as they glide across the controllers. What started as a nightmare became a beacon of light and energy for Lisa.

– When I could start playing again, it was like all of my weird emotions and the struggle turned into a wild and mad energy I never experienced before. I got lost in the music and when it came time to the closing track it felt like only few minutes had past. This crazy moment felt engraved in my heart, says Lisa with a smile on her face.

The future of Filou

Fortunately Filou’s Luftschloss didn’t go down in flames that Monday morning in July. In fact she is hungry for more, but also very happy with her life at the moment.

– I love living in Berlin, my soon to be husband David, my job at Selfapy and as mentioned earlier, my dear Ram Schakl crew. Right now my week is four days for work and then DJing, parties and whatever might come up Friday to Sunday. After a work week I feel hungry to get behind the mixer. I feel so passionate about DJing at the moment and I just want more and more, concludes Lisa.

I thank Lisa for her company and urge you to check out her latest set from Bucht der Träumer Festival below. It is never easy to say who will make it in the DJ world, but I have a feeling that it’s far from the last time you will hear the name Lisa Filou.