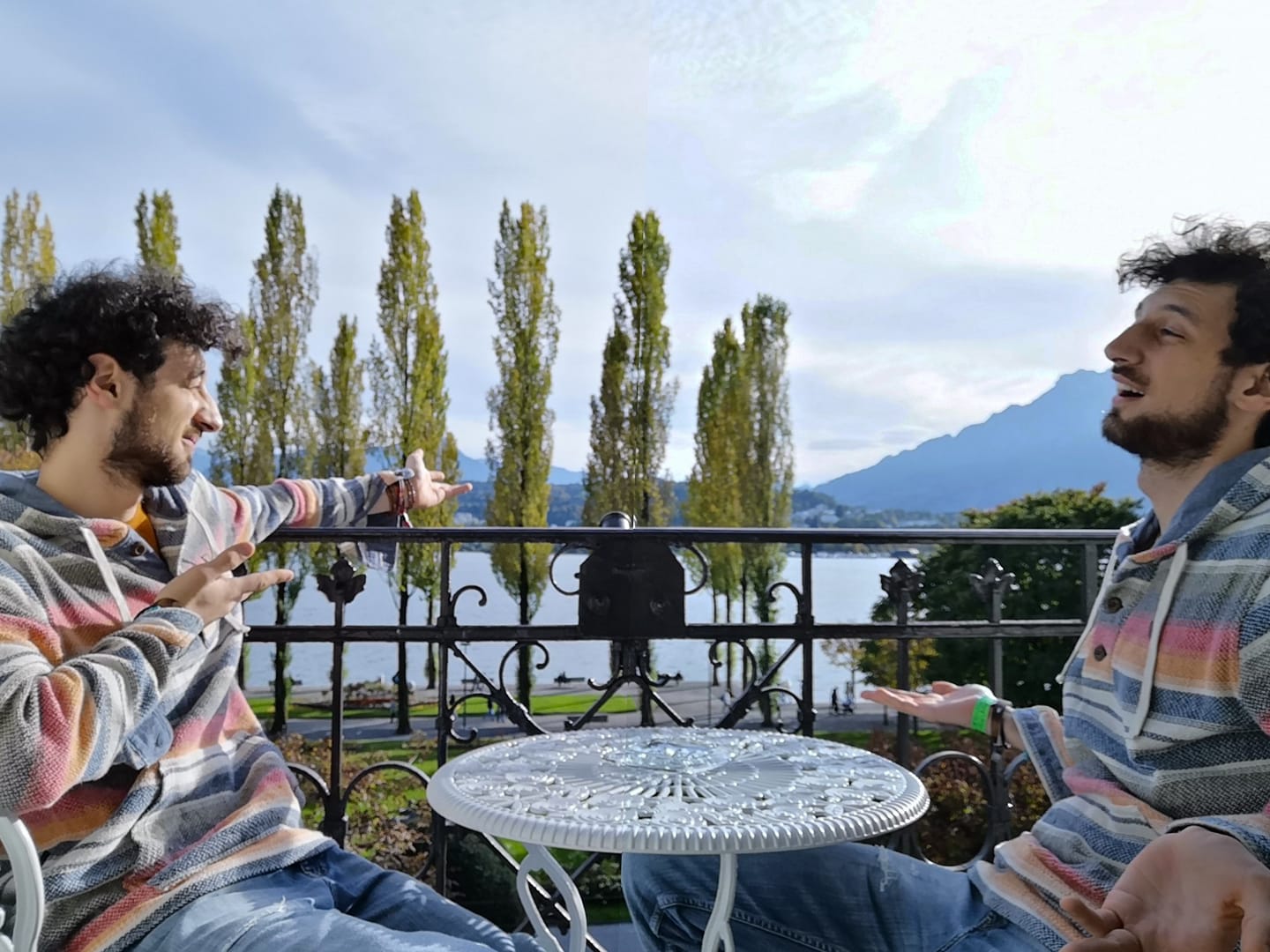 Cioz might not be a name that you recognize right away, but give it a few years – then you will definitely know the Bergamo born, now Berlin residing shooting star.

Cioz or Alessandro as he is known by the authorities, has always had music as his companion. He was not many years of age when he first picked up a guitar. Being in the situation of not having a band to play with he sought electrical help. With a computer he could record the guitar, vocals and other instruments and be his own one man computer band. This was all in good fun, but his life changed after watching the undying underground cult classic: Berlin Calling.

– Cliche or not, that movie changed my life. As anyone who has watched it knows, it’s quite brilliant on many levels, but for me it was a kind of revelation. The kick starter for a dream. I just knew then that I wanted to be a producer and DJ. Me and some friends started arranging our own parties in Bergamo soon after. First in a small, shady bar and later when we had some more experiencing hosting and most importantly, DJing, we moved our parties to a club. We called it “Jungle” and maxed out on decorations in just that style. Happy times, says Alessandro.

After Alessandro and friends started their series of parties, techno took over for the singer/songwriter dreams. He spend a lot of time in the studio, at parties and with his friends building a brand called Utopia. The first release came in 2015, when Alessandro caught the attention of the mighty Samuel Kindermann aka. Einmusik.

Faith would have it, that just as Alessandro had put his finishing touches on two tracks, Samuel was starting up Einmusika’s sub label, Ein2. A playground for talented DJs with a unique style. Alessandro was lucky enough to look in Einmusika’s direction, after his friends twisted his arm for sending his tracks to somebody in the industry. To Alessandro’s surprise, Ein2 got back to him quickly with great interest and he decided to go to Berlin to meet up.

– I wanted to go to Berlin to meet with people behind Ein2, before we put out the Scrambled EP. You know, to breath in the Berlin air and to actually meet face to face. Everything can get so artificial if you just communicate through the internet. And good that I went because they were super nice at Ein2 and I also got tracks from Ante Perry and Martin Kremser for remixing. I might not have know it at the time, but this was my way of dipping my foot into the pool before diving in, says Alessandro.

He went back to Bergamo, but only two years later, in that beginning of 2018, he was back in Berlin. This time for good. 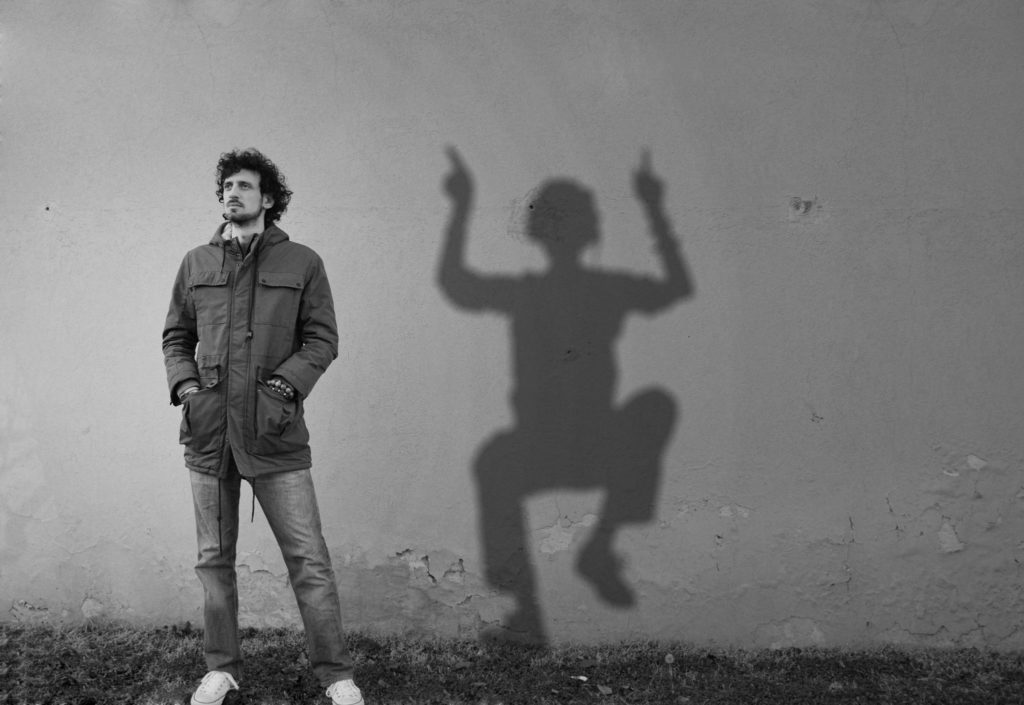 It is almost 24/7 Alessandro is knee deep in music. His part time job creating sample packs keeps him busy. Travelling all over Germany and showcasing his music in the clubs seem to clog up the weekends. The rest of the time is spend in the studio and trying to maintain a social life. Studio time has been a veritable parade of stars for the 26 year old Italian.

– As you may know, the rental market is crazy in Berlin, so I was blessed with a really good friend in Bebetta when I first moved here. She let me stay with her and her husband until I could find a place of my own. She is really amazing and I love the time we have spent in the studio and playing b2b. She also introduced me to Super Flu, who I have been a fan of for years. It was amazing to work with them. It has been a tornado of new insane experiences in the past few years. I also got to work with the infamous Oliver Koletzki. Working with and learning from these amazing people is something that just gave me so much. It feel really blessed to be me right now and I can only be eternally grateful, says Alessandro.

The past few years Cioz has released on label like Monabarry, Get Physical Music, Stil Vor Talent, Anjunadeep and Crosstown Rebels just to mention a few. He is also a regular on the bracket  at Ritter Butzke, Kater Blau and Watergate – places he also enjoys for his own party needs.

As is tradition when doing these interviews, we often wanna know what our lovely DJs is up to in the nearby future.

– Since I am, in my own opinion at least, more of a producer than a DJ, I plan on switching to play live sets soon. I feel that it would be more powerful and way more meaningful to play my own music live in front of a crowd. It will also push me to produce more and better stuff to keep my sets fresh, says Alessandro.

To finish the interview in the most corny of ways I ask Alessandro what his dreams with music are. And as we all know, stupid questions deserve no serious answer.

– You know what? My dream is to be the first person to play a DJ set on the moon. You better start working Elon, says Alessandro with a laugh that could warm a crying twink’s heart.

Now it is time for Cioz to take you to the freaking moon and back with his living, colourful, groovy, funky eleganza extravaganza take on electronic music. Enjoy his set from Übel & Gefährlich right here: