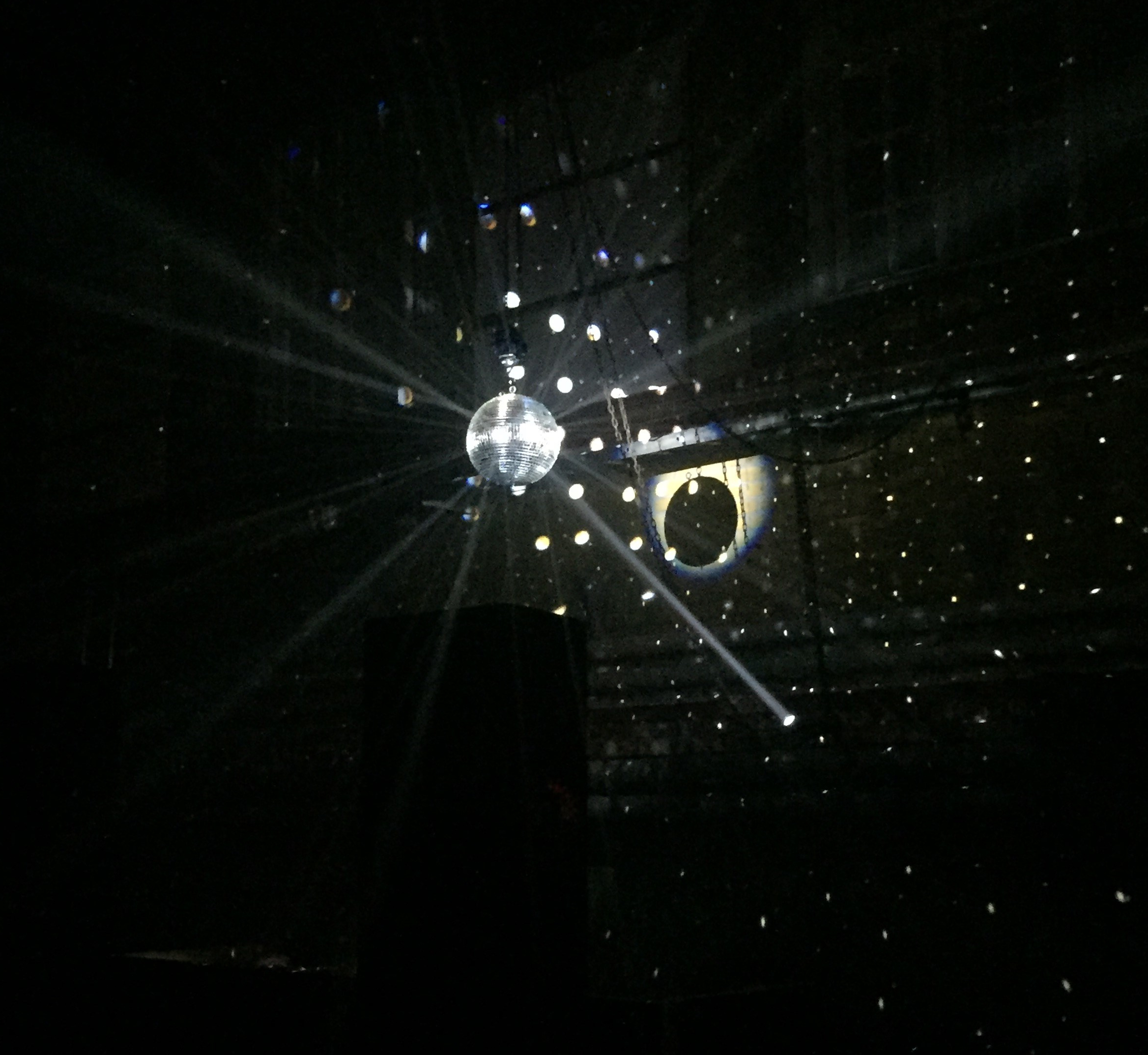 At CPH DEEP, we love our base in the underground of Copenhagen. Not the biggest of cities but no matter what music you prefer sinning to, there is most likely a place that will accommodate you at any given weekend. Even though there are high quality parties, DJs and crowds in our great capital we still want to look across the narrow sea to see how house thrives there.

So, I took a flight to meet up with my partner-in-clubbing, let’s call him Mijanne, in London. We came, we saw, we shook our manboobs and got a small look into what London’s massive house scene can whip up on a regular weekend.

It is no secret that England is heavily surveillanced. Cameras can be spotted every few steps if you just look up. In a country where CCTV can track just about anything, you must expect excessive procedures to get in. However I did not expect it to be this difficult.

Within the first few meters upon entering we are greeted by three uniformed security guards to check our tickets to the heavens above. After a short walk, we are in the next queue to have our IDs scanned and pictures taken as it is custom here. Then comes the trip through metal detectors before all content from our pockets is laid on a plastic tray. The wallet and other containers are thoroughly searched. Our bodies are patted down in such a way that I almost leave a tip and my phone number for the handsome piece of mancandy with the earpiece. Finally, it is time to scan our tickets and we are officially in.

No, not in the airport. In our first club of the weekend, Egg London. Coming from the very liberal and relaxed atmosphere in Copenhagen, this is quite a shock to us. But considering that London’s police is called to tackle the night life approximately six times more than their colleagues in Copenhagen it makes a bit more sense.

After having our Danish privileges checked we are finally ready to have a look around in this three floor club with an in-house pizzeria. The booming techno basement invitation to dance was lost in the mail, and since the upstairs dance floor mostly looks like a crossing to the smokers’ patio, let’s focus on the main room.

A main room where sound and especially lights are on point. No doubt that we are in a club, but that warehouse feeling hits you every now and again. Egg has a nice raw feeling. A feeling that seems to fit a local hero, Pawsa, who is camping out in the DJ booth for an all-night-long session.

How white can one be?

As Pawsa selects one solid piece of wax after another we start to scour the room. Now it’s time to see how efficient the Orwellian security measures are. As it would turn out only minutes later – non-efficient.

A young man recognizes two sets of hungry eyes, walks up and asks the perfect question: “So, what you guys need?”.

Thus started a full weekend of being white. In this context being white can be read as having everything you need plus cherries on top. You know, privileged and pretty fucking lucky as always. To mention a few white moments: finding an unopened pack of gum right before entering the club on Saturday; being in the mood for coffee and 2 minutes later being selected to try a hemp milk cappuccino; saying “I could drink a beer” and 20 steps further ahead is a bottle of ice cold IPA with the cap still on; leaving Egg in need of a cup of good night indica tea and naturally running into a fair street vendor with decent quality. And the beat goes on.

For now, we let Uber take us where we need to go and enjoy observing the youth of London kick it hard. A bit too hard for at least five people that we see being carried out by the shoulders. I would expect, in this tradition bound nation of house, that people would know their own limits and not ingest a years worth of Seabiscuit’s sedatives on a Friday night.

Pawsa keeps us dancing until 4 am when we start to realise that we are from ‘86 and sleepy. Now a cup of indica tea and then a triumphant return to our rented Shoreditch luxury flat / broom closet.

Being lucky enough to hit London on what could be described as the first day of spring, we can really enjoy getting out of our seven square meters of lebensraum. The playful sun makes our more tripadvisor-friendly part of the holiday close to perfection. Brick Lane’s food market provides the perfect menu for a jackets-off late breakfast and semi late lunch in the park. We manage to take a lot of Shoreditch and its street art in by foot and still make it to a pub before the sun gets too low to penetrate the skyline. Some pints and a few visits to the bathroom later we are ready to spend our pre-clubbing hours horizontally. 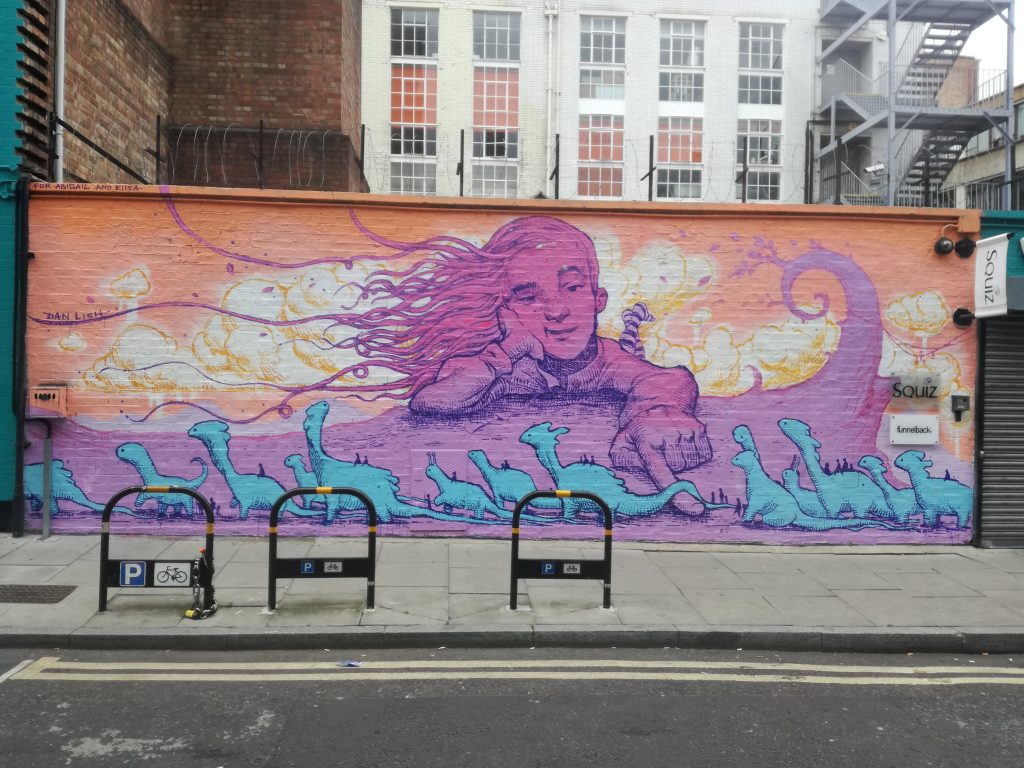 Until 11 pm.: Rehydration, disco nap and maybe even take in solid food again.

In London the house and techno menu is pure insanity, and the choice of being present at Egg on Friday and at XOYO tonight with Skatebård and Project Pablo meant saying no to hard hitters like Annie Mac, DJ Koze, FJAAK, KiNK, Ben Klock, Rødhåd and Amelie Lens just to mention a few.

XOYO proves to be a solid choice. One of the nicer clubs I have been to in a while and with a security check that didn’t leave me feeling violated – unfortunately. Free hanging and almost lifelike plastic plants covers the ceiling and makes it even prettier to observe the disco ball covering the room in a million red micro projectors. The Green Room has a chilled atmosphere and here we get acquainted with a Danish DJ, Rasmus Juul of Gartenhaus and his friend who are in London with plans similar to ours.

Midnight comes and the gates to the basement are open. Following Rasmus’s reaction to both sound and light in the main room gives promise of great hours ahead. XOYO doesn’t disappoint and nor does Skatebård. I have heard a lot of DJ sets in the past years, but I have never heard anything quite like this guy. Intense and pervasive beats, well chosen vocals and dreamy melodic passages that send you to outer space and back in a second if you just close your eyes.

Only 15 minutes into the performance, the Norwegian love guru has already melted my brain several times. I have to take everything in. Be it Skatebård selecting and mixing the wax or him playing the imaginary cow bell as he connects with the whole room. I must admit that I adore it when I can see on a DJs face how much they love their job. For two hours, we all surrendered our free will to the magical Skatebård and let him take us for a ride.

XOYO lives up to its name and spreads love on us for hours to come. Finishing the night off with a high powered techno set from the always surprising Project Pablo.

Details from here on out is a bit blurry, but we get home safe and sound.

Sometimes you get a good night’s sleep after a rave. Other days a evil leprechaun wakes you by farting a mixture of coffee grounds, speed and sunshine into your eyes after you spent only three hours in the wonderful land of dream. You can try to bargain with you brain for more sleep, but honestly, peace in the Middle East seems more realistic at this point.

Sunday morning – after the mighty Skatebård ran me over with his high powered steamroller – was a leprechaun kind of morning. Spending an hour trying to convince my brain that I am more dead than alive makes no difference. The broom closet gets too small and I force myself into a much needed shower. With Mijanne still sleeping like a kitty cat in a sunny window, I decide to take a slow walk around Shoreditch.
Before noon on this unholiest of days, the streets of Shoreditch are silent and empty. It would be no surprise to see Mr. Bradolph Pittler kick stunt zombies in the nuts as he tries to get out the next Oscar-basher World War Z 2.

Before I can even start to flirt with my to-go cup of restart liquid, my SO is at the other end of WhatsApp. Time to tell about last night’s endeavours at XOYO and reveal my most recent man-crush, the Norwegian god of sound. We drone on about non-important stuff as the streets of Shoreditch gets more crowded. A quick glance to my phone and it seems that the fat kitty Mijanne is out of bed and ready for something deep fried. I guide him to a nearby gastro pub where pints are cold and burgers just the right level of greasy. As we fast and efficiently get our way with the burgers, it’s time to plan our last day in London.

Robag Wrume and Michael Mayer are doing a day-time party close by. One shared look is all it takes to know the outcome of this Sunday. After being Skatebård’s thirsty he-bitches less than 10 hours ago it is hard to bow down and suck a new hard bassline the next day.

Disclaimer: CPH DEEP does not support or encourage the use of colourful tablets, white ladies or any other kind of raver doping.