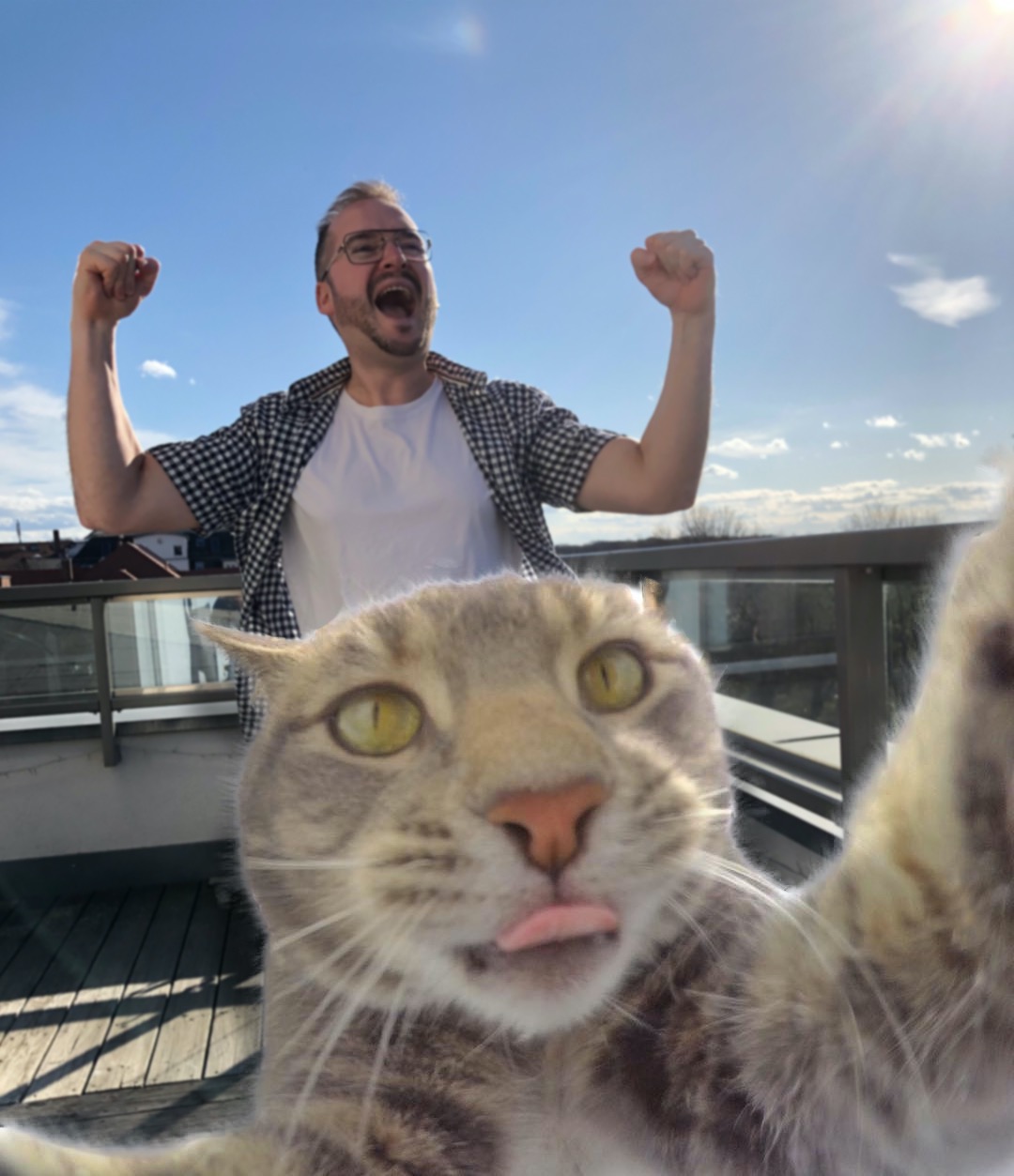 What better way to spend a Friday night than chatting to someone revered in electronic music circles like Marc DePulse. We spoke about anything and everything, from Marc’s upcoming releases to how picturesque Leipzig is and even unravelled an unusual family tradition along the way.

In just this month Marc has 3 releases:

April 23: Remix for No Distance on Truesounds Music

Check out this prolific creator on Soundcloud

You can tell it’s a Marc DePulse production

We started off by discussing what represents the core of Marc’s style the best. Marc does not like to pigeon hole his music. But he was kind and patient enough to bear with me on this question. It was interesting to find out how he’d describe it to someone who either never heard it or is just getting into it. It was also curious to discover what is that he is currently drawn to.

– There is a slogan I stand by, I do not think about my music, I simply play and produce what I love. That’s it. It’s always a kind of mood music. Sometimes I like to add vocals, sometimes it’s super melancholic, other times it’s more pumping and aggressive and more techno. It’s difficult to describe. But you can always hear me in it. I often use the same arrangement: The same kick for many tracks and the same percussion lines. When you hear the music – you can tell it’s a Marc DePulse production. But still, the tracks are in different genres. Currently I like this kind of indie dance progressive sound. Back to the roots, 80s retro, laughs Marc.

We were both relieved with the upcoming warmer weather and spring being on its way. I, for one, can see myself dancing away to soul-stirringly “Capulet” in the sun. Marc worked on this track with Rafael Cerato. I wanted his take on collaborating as well as what his own production has been like lately.

– When I collaborate with Rafael it’s always for peak time. With “Capulet”, I had an idea with this synth one year prior. I did not find any way to get it onto this track. Rafael has managed to find a way to put a baseline, a fat kick that brought it all together. When you are doing collaborations the goal is to equally contribute to the track, says Marc.

Working on collaborations is one thing, but in the lock down things have changed when Marc is producing alone. Like many others he is not producing for peak time at the moment, but rather trying to capture a feeling with his listeners.

You need to get out

Not every day one gets up ready to create. How does one fight that beast that is a killer of a creative process? Marc divulged what affects inspiration and what helps him stay focused. Sometimes it’s the small things, like picking up his tiny daughter from nursery or some exercise that helps to get over the hurdles of the day. One thing is non-negotiable: The artist needs to get fresh impressions to be inspired.

– I’m in my studio 7 days a week. This is a killer. You need to get out. I was never a sporty guy but now I’m jogging three or four times a week and riding my bike everywhere. Leipzig is a very green and charming place. Then I’m returning to the studio refreshed and suddenly having ideas, tells Marc and continues:

– But really I should have an external studio. Currently it’s at home. We have a 3 room apartment here in central Leipzig and it’s a bit of all-in-one: baby nursery for our soon to be 2 year old daughter, living room / bedroom and finally, a studio. The highlight of my day is literally bringing my daughter to kindergarten in the morning and picking her up in the afternoon, chuckles Marc.

A refreshed head is just what Marc needs going into the studio. Not just for his own productions, but also selecting the artists for his renowned “How I Met the Bass” mix series that you have to be semi blind to have missed. We dug deeper into what makes a perfect candidate and if there are any criteria Marc selects the artists on. Some pretty awesome artists are joining the roster soon. This goes to show just how impressive Marc’s network is. Episode 200 is in the making and it’s coming out in May.

– I follow my heart. I’ve been in this business for 20 years so I know a lot of people, a lot of artists I grew up with. Some even made it big. For the first couple of dozen podcasts it was easy. I’ve asked a lot of friends around. There were a lot of legends mixing for me. For example, Pan-Pot. I could never think that Pan-Pot could make podcasts for my series, but as you said, it’s quite a unique concept. It’s not about mixing your current charts. It’s more about telling a story. It needs a lot of time. Like  yesterday I was talking to DJ T. from Get Physical. He told me that he needs a few months to prepare because this is not a usual podcast.

– Almost every artist tells me this is fun to get back to their roots and listen to the tracks they have not heard for years. You get this vinyl out, put the needle on the record and then there is this overwhelming emotion… And that’s what I want to achieve with this project. It’s a pleasure project for me, I do not earn any money from it. On the contrary. But I want to keep it going. Podcast number 200 is coming out in May, done by Joyce Muniz from Exploited. A lot of great artists coming up – DJ T. and Catz ‘n Dogz to name a few. Many m ore stories to come, exclaims Marc.

Marc is someone you should hope to hear play once a year. Even his grandma has booked him for a live gig on the holidays.

Marc DePulse · HOW I MET THE BASS

Marc started producing music at 19, but it was not his first dive into this world. At the young age of 7 he met an unusual instrument, the accordion. And apparently, it was not a love at first sight. The teacher was not friendly, he did not like it but in the end it made one very special person happy.

– I’m still playing accordion every year on Christmas Eve with my family. My 92 year old grandma loves listening to me play the German Christmas songs I learned as a kid. The same procedure every year and I still have the same accordion from back when I started playing. I had a very strict musical teacher and really was not fond of the process. But in the end I’ve stuck it out for almost 5 years. Then at the age of 19 I started music production which was totally unrelated but it was a good base. I got asked why not incorporate accordion into my music production. Yet I can not imagine it fitting in. Maybe I’m wrong, maybe one day a huge hit will appear out there when someone suddenly lives out this unusual idea, says Marc.

How can we help?

It’s a tricky time for musicians at the moment. I asked Marc how we can help and support the scene right now. He paused and thought about it. I could sense he deeply sympathized with his colleagues. With a heavy sign (and probably heart) he responded. But even in this dire situation he saw an upside: More time to create.

– Purchase their music. People still buy and listen to music on Spotify. The numbers of downloads on Beatport are still high. Some of my friends post some type of fundraisers. People can send money to their favorite DJ via PayPal. I do not want to do it as all my money is currently coming from music production. That’s the only thing I’ve done since the first lock down last March. On the upside, we have more time to produce music. But there are people out there who have to survive and fight and it’s good to support them, underlines Marc.