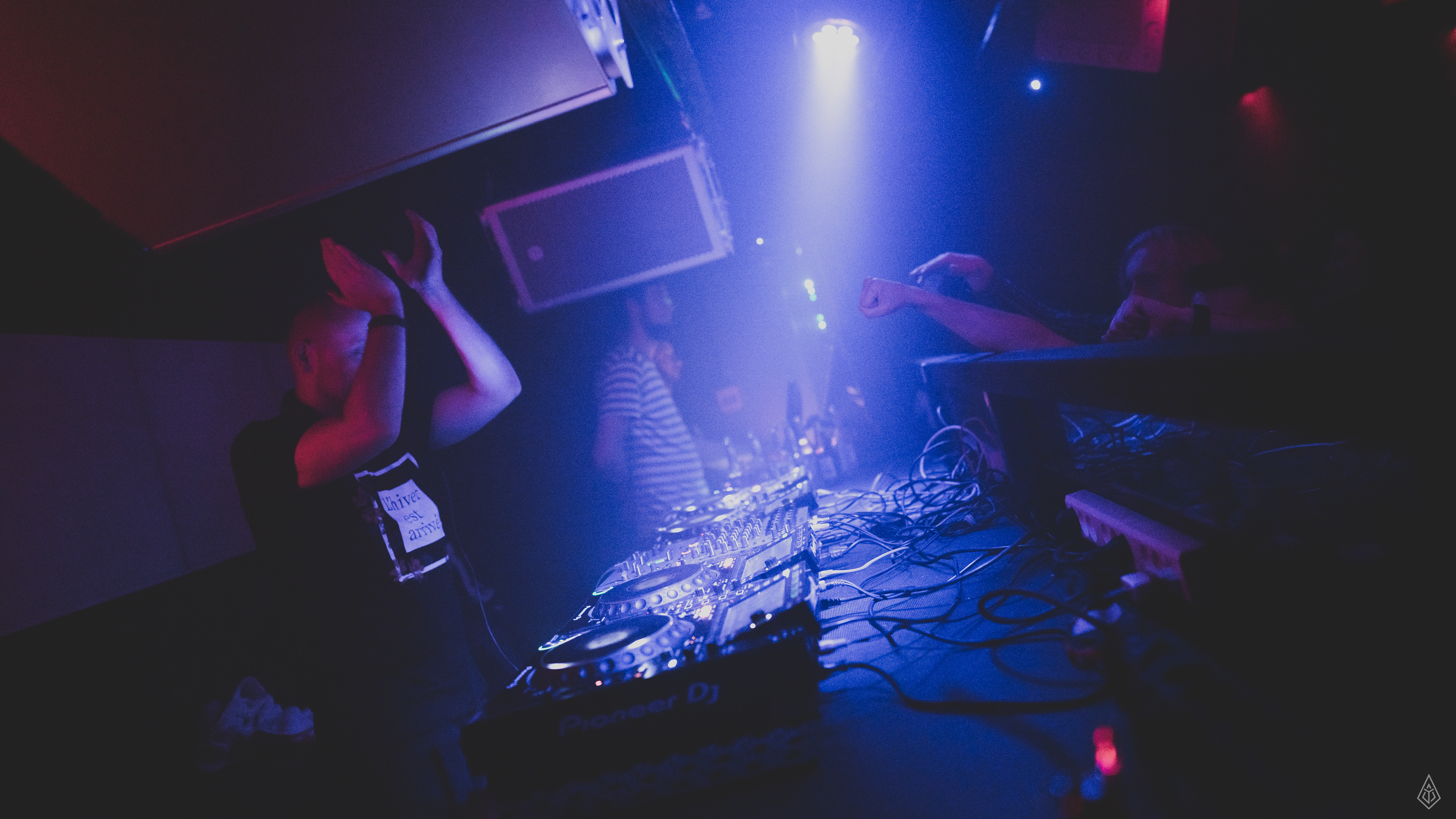 Culture Box lives another year, but our culture is under siege

A heavy stone fell from many club kids’ hearts when in September Tim Andresen could share the good news that Culture Box has found its way to the municipal cultural funding list for 2021. We live to rave another year. But with corona raging and gentrification in full effect one can’t help but wonder where our culture is heading. We sat down for a talk with the co-owner of Culture Box and Danish techno legend Tim Andresen to discuss about our flagship, the future of our culture and where corona has led him.

But first an ultra short herstory of our beloved box of culture in Kronprinsessegade. Placed almost unnoticed in between Copenhagen landmarks Kongens Have and Nyboder, Culture Box has since 2005 been a stronghold for electronic music. Not just in Denmark, but in Scandinavia. The list of international superstars who have grazed Culture Box with their presence is long and heavy. Richie Hawtin, DJ Koze, Sven Väth, Nina Kraviz and Laurent Garnier to just mention a fraction of the insane names that the relatively small club has managed to attract. It has been the cradle where Danish DJs have earned themselves experience and a name. Most famous is the musical phenomenon Kölsch with whom Tim played regularly nights back in the 00’s. Culture Box even has a special place in the heart of Berghain and Ostgut Ton, who have sent Ben Klock, Marcel Dettmann and a parade of other techno legends to play the intimate and often crowded main stage, Black Box. Culture Box is the Danish flagship for electronic music – it’s as simple as that. Therefore it is not just sad to see that this institution is walking a thin red line of destiny. It would be a disaster for Danish techno culture if they close their doors. Don’t get me wrong. Our culture will always survive, but things will not be the same without Culture Box. 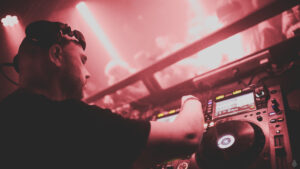 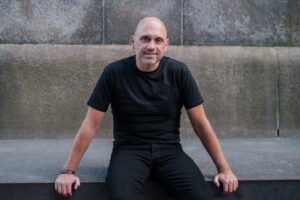 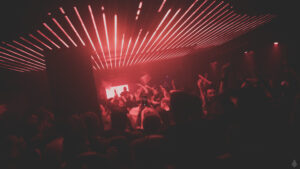 – Corona has, like for everybody else, been a massive set back for us. We had a great year ready to roll out to our guests, just like Distortion and the party collectives in Copenhagen. It has been tough to see Culture Box empty for this long. I really miss seeing the happy faces and feeling the love in the room. But Corona has also brought around something new. All around the music business I have felt us growing closer together during this crisis and people want to help where they can, tells Tim.

Anybody who is a frequent flyer to the dancefloor of an electronic party will testify to this: There is a sort of greater consciousness at play. People are for the most part super friendly and invested in you having as great a night as they are having. Tim knows this as well as anybody and therefore it has been amazing for him to feel the whole music community in Copenhagen coming together.

– Creating the feeling of being part of a community has always been a very important aspect for us at Culture Box. We don’t exist without our guests, staff, business partners or anybody who is involved with us. The fact that the different scenes and genres have been able to come together as one unit in these times makes me happy and gives me a lot of hope for the future. I hope that we can keep working together like this even after everything opens up again. These cross border initiatives are something that we need to nurture. We need each other now more than ever, explains Tim. 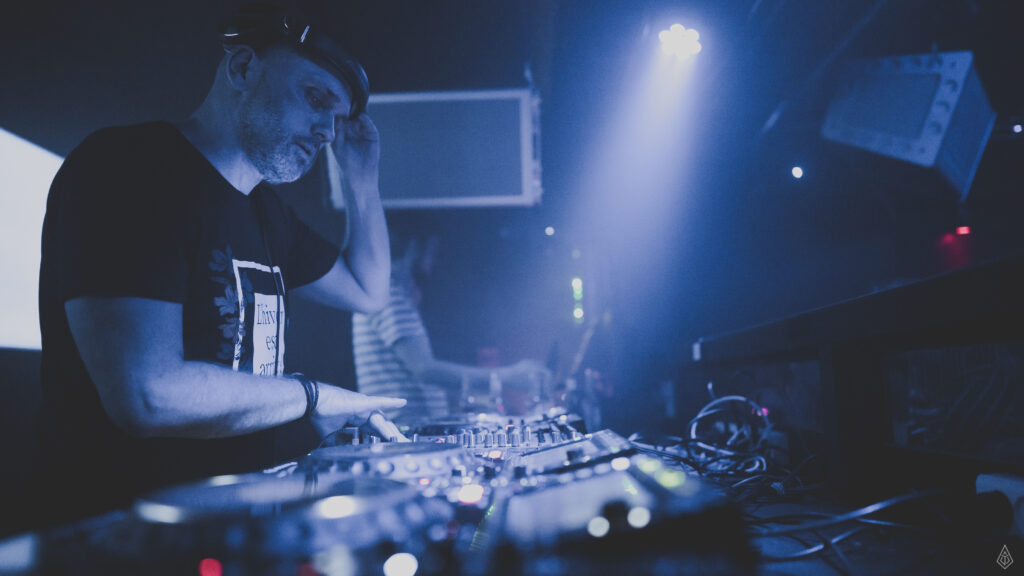 Almost throwing in the towel

Tim is a house veteran of over 30 years. He has turnt tables in more than 40 different countries and knows the scene from the inside. To hear him be calm and confident that our community will be thriving even after Corona, is reassuring. That being said, the past 10 months has left Tim a bit frustrated.

– I almost threw in the towel and stopped the fight about 30-40 times. It’s not a lot of fun running a closed club where the bills keep coming. And then the second lockdown hit us like a cold bucket of water. I sometimes feel that the nightlife is being demonised a bit unfairly. We all need to pull together to get through this, but don’t necessarily get why our sit down concerts had to be canceled – from my perspective it seems safer than taking the bus. But we have already started rescheduling so that hopefully Simon Littauer and I can play our gigs in January. We have arranged these gigs not because there is any money to be made from it, we simply feel it is needed to keep the fire of our culture burning through this, tells Tim.

Having bars and nightclubs open might not be safe at this point in time, but open or not people will still party. The closed bars and clubs have moved the party into private homes. Feel about this however you want, but when the private party rages on, how well is the safety protocol being upheld?

– Private parties are the norm right now, which is natural when everything is closed down. I don’t know at what point it would be safe to open up clubs again, but I am very sure that we would be able to keep it safer than most private parties do, says Tim.

There is no doubt in my mind that Tim is right. Or maybe I am just an angry, bitter old man who has been kept awake for a few too many nights by the private parties in my vicinity. But I also have the feeling that I am not the only slightly sleep deprived individual living in Copenhagen.

The upside to the pandemic

Besides from the stress and organisational nightmare that Corona has been for Tim and the rest of Culture Box, it has had upsides for the seasoned DJ, producer, label- and club owner.

– On a more personal note Corona hasn’t been all that bad for me. My regular week before the global pandemic consisted of long hours, parties, my own gigs, drinking, too little sleep and a very long to-do list. There is still a lot of work for me, but I have been able to replace the bad habits with good ones. Now I get a good night’s sleep every night, I have started exercising, my eating habits have been going in a more green direction and I have more time to be with my girlfriend. Once the pandemic is over I really want to hold on to as many of these positive lifestyle changes as possible, hopes Tim.

Turning a pandemic into a positive is not only inspiring, but also something we should all strive for. Spending the lockdown on doing better for ourselves. But luckily for us, Tim is not looping out of music. Besides managing Culture Box and heaping on good habits Tim has finally had time to set up his new studio in his home and there is new music on the way.

– It feels really good to have the time and mental capacity to get into the studio and produce again. Naturally, it is a different experience to produce these days when you can’t get in the booth and get some visual feedback on the track. It really sucks that our sit down concerts had to be postponed, because I was jonesing to get behind the decks and play to an actual crowd. Let’s cross our fingers and hope that we will be allowed to rave together again soon, says Tim with a sound of hopeful optimism in his voice.

Hopeful optimism is what I guess that we all have to possess right now. Looking at the first rave-free New Year’s Eve / morning in a long time is strange. But let’s collectively close our eyes for a second and imagine the first rave when Corona is knockouted. Just take a little mental taster and then I look forward to seeing you on the dance floor.

If you need music for your daydream I would recommend this tasty little treat from Tim Andresen himself: