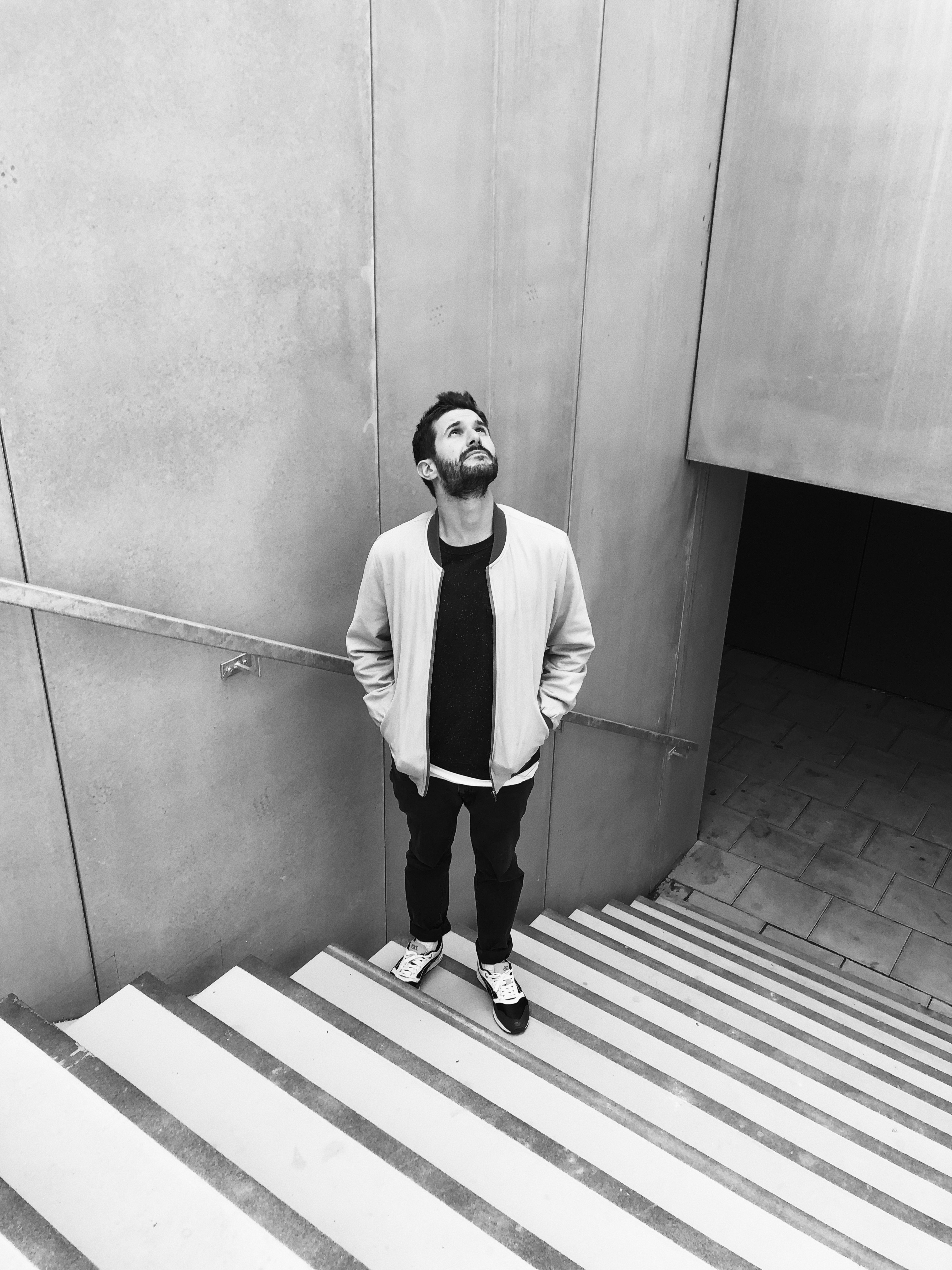 Here to present the fourth in our CPH DEEP unnamed sessions is South German music nerd and hard working producer, NAEIIV. Painter by day and producer by night, he’s known by the authorities as 33 year old Daniel Grassler, but in our strobe lighted world NAEIIV is the name you will remember.

Coming straight out of the southern German capital Munich, NAEIIV is the exact picture you have in your head of a hard working producer trying to making it in the rough world of house music. His days starts at 6am when he gets up for his full time job as a painter. He then comes home to his apartment/studio at 5pm where he is producing and playing with music until 11pm. Here he is forced to go to bed, if he wants to be somewhat coherent the next day. Paint, produce, sleep, repeat. On good weekends he takes his live sets to the clubs and make people dance to his will.

– Honestly it’s a hard life to live, but I must also admit that I love it. It is all worth it when I see people dancing and having a good time to something that I created. I also enjoy having a home studio, so that I can just produce music when and how I want, which is basically all the time. But when you love what you do and have a dream, it just feels right to throw all of my free time and attention into house music, says NAEIIV from his home in Munich.

NAEIIV started out producing music under this own name Dan Grassler, but being a very private and shy person he choose to bring in a alias to hide behind. NAEIIV was also his move away from the softer side of house and into producing darker and more melodic stuff he describes as: Sounds moving from sweeping landscapes and abstract atmospheres, to the patterned tension of horror ﬁlm soundtrack.

Creating a alias has worked well for Daniel, especially in the alias world of social media Instagram, where he has found both recognition and gigs abroad.

– Social media is having an increasing influence on the house scene. For me it has been a really nice tool to use. For example I heard through the grapevine that Tale of Us had played one of my tracks. So I went on an intensive Instagram search for it. It took me some hours but I found the clip. Even though the quality was pretty bad it still gave me goosebumps and chills all the way down my spine to hear the mighty Tale of Us dropping my track at a major show. The exact same thing actually happened with Dixon too. It just really gives me so much energy and make me wanna go even deeper into my production – if only there were more hours in the day, says NAEIIV.

He has also been found and booked for a party in Lebanon because a promoter connect through the wonderful world of Instagram. We live in a day and age where social media is helping smaller producers get gigs and get ahead. Honestly it is beautiful to see.

Connect with NAEIIV on Instagram HERE and Soundcloud HERE.

NAEIIV likes his 9-5 job as a painter, but as most people producing house music he has a dream of making it big and being able to put all of his focus into music. Maybe also one of the reasons that one of his tracks is called A Distant Dream. But for now he is very happy spending most wake hours thinking of his music, playing with his sound and doing his live set-up at clubs and festivals in and around Munich primarily. If the time comes he would love to work only part time and really dive into his productions.

– I love making music for many reasons, but getting to travel, meet new people, experiencing different cultures and making people dance to my music. That is about the most fantastic thing in the world. In a distant dream I would put all of my focus on creating music and hopefully get to see many new places in this beautiful world, but before that might happen there is a lot of hard work and many, many hours in the studio ahead of me, says NAEIIV, before we finish call.

Now there is only one thing left for you to do – listen to NAEIIV fresh out of the studio mix for us lucky CPH DEEP people. Enjoy!