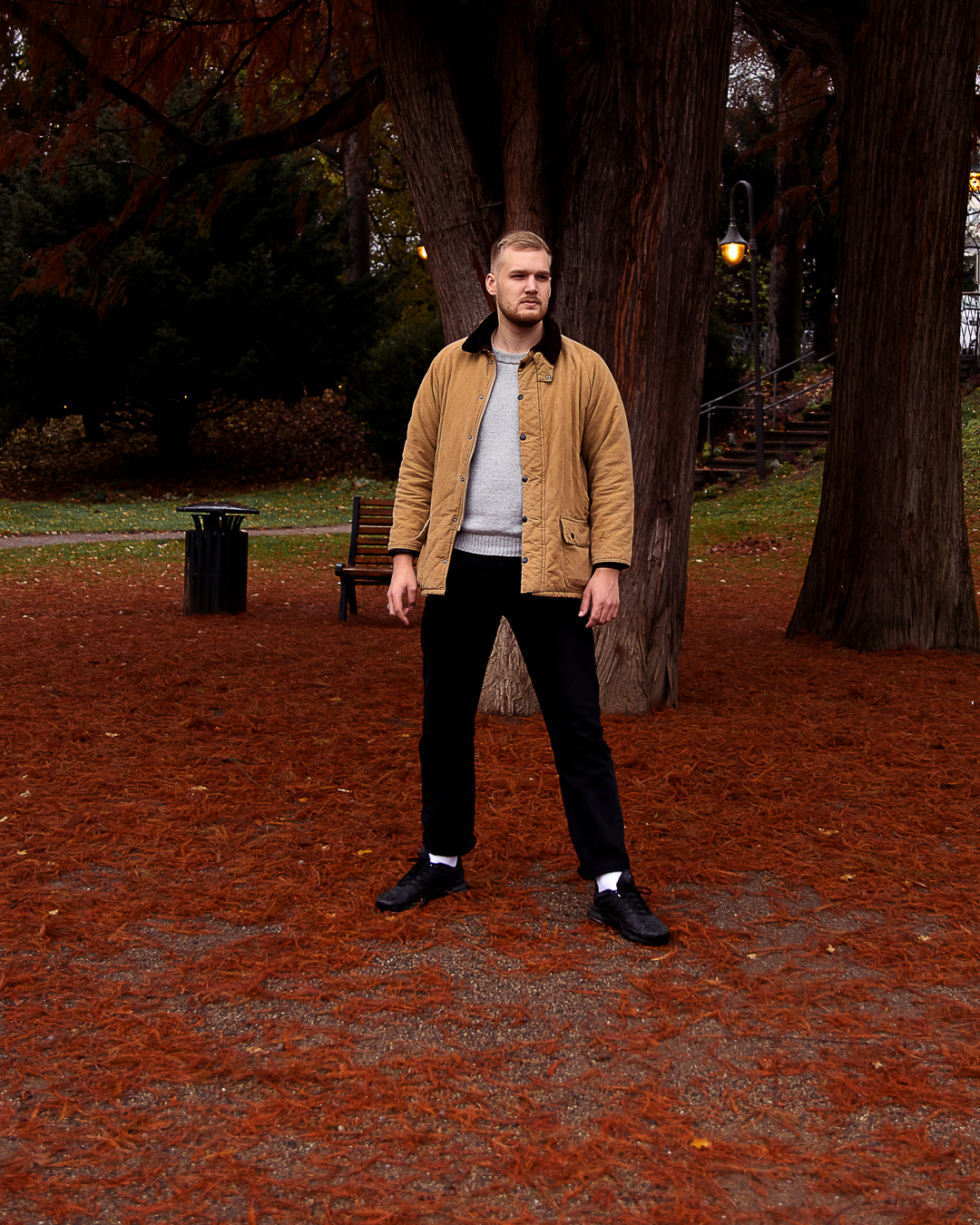 We have hit the fifth in our series of unnamed sessions. Once again we turn our eyes towards Germany, the promised land for house and techno. Lucas Hoge or Luegoh as the 21 year old is better known when the music plays, has been kind enough to mix us 60 minutes of melodic goodness.

Lucas lives and studies in the city of Bremen. A city mainly know for its industry. Cars, airplanes, a massive port and Germany most exported beer Beck’s hails out of Bremen. Also a city so underground that there is almost no underground scene for house and techno.

– I love to live and study here, don’t get me wrong. But for house and techno music not much is going on. We have some good collectives like for example Conartism and Delusion, who throw really nice off location parties sometimes plus MS Treue, a club on a boat. Besides that it is a bit quiet here. Luckily Hamburg is not that far away and I often go to see producer friends that live in the state where my student ID allows me to travel for free, says Lucas.

How it became melodic techno

Lucas currently studies electrical engineering, but music has been a companion since he first picked up a guitar at 6 years of age. At 9 he developed an interest in punk rock and metal was always a good friend, but the real love for music was developed in his public schools multimedia room, where he could play around in Logic and Cubase and arrange different tracks of music. Since this discovery he has just been sold to the idea of producing his own music from the bottom.

– Music has always been an important part of my life, but ever since my father showed me some deep house and techno tracks from Fusion Festival back in the day, everything got more serious. I love being able to control every aspect of a track and I enjoy the work flow I have found with my Geistzeit crew. We meet up, chat, have fun and work on our stuff when the inspiration and creativity comes. I’m not the kind of person who can just sit down and say now we focus on production. But when I am around good people and the mood is right I can get creative and go deep into my productions, says Lucas.

Lucas might be dabbling most on the melodic side of techno and house, but his inspiration comes from pop, R&B, trap, hip hop, house and anything in between. He loves to listen to music on the train as the German countryside glides past his field of visions and into his field of inspiration.

As so many other producers this day and age the internet has played a vital part for Lucas. It is how he meet his friends and partners of Innacircle, find out that the mighty Township Rebellion had dropped one of his tracks, he hooked up with Radikon’s Søren Laga and our very own Baime in the wonderful online world. The latter has send Lucas on trips to Copenhagen. Both for connecting with like minded people, but also to enjoy the 2019 edition of Distortion – Copenhagen annual rave pearl. Actually Lucas’ first major festival experience.

– I must say that I really enjoy Copenhagen. It’s a beautiful city, full of nice people that just took me in and made me feel at home. Distortion itself was a massive experience that just made me exceptionally high on life. I really enjoyed the island party where I ran into many lovely people and got to enjoy some amazing sets by DJ Tennis, KinK and Adana Twins, just to mention a few. That weekend just flew past in the blink of an eye, says Lucas with a laugh.

Luegoh might just be returning to Copenhagen already in February to bring some of his musical culture to the box.

Lucas has been serious in his producing of music since 2014 and have been DJing on the regular for the last year and a half. He has already been showcasing his talent with the Geistzeit crew in Kiel, Hamburg, Flensburg and his home town Bremen. Luegoh is a producer and DJ in the rise, so what is up for the near future?

– I’m looking forward to even more showcases with my dear friends Innacircle and Nina Hepburn. I really enjoy seeing new cities and clubs, meeting people and hopefully making them dance. 2020 will also be the year where I take a break from my studies and focus all my energy on music. I will be working on a live set-up and spending even more time in the studio. When I play a set I want to be the kind of DJ that tell a story with a thin red line and a lot of diversity in my sets. Honestly it feels really good to have found a hobby with a build in job, if I work hard enough and have some luck. I’m also looking forward to kicking of the year off by being featured on a compilation from Blindfold Recordings. Other than that, I’m working on some fresh collaborations with my habibis Innacircle & Søren Laga and some new original tracks, says Lucas.

Now you know Lucas a little better and from here nothing left to do now, but enjoy 60 powerful, euphoric, melodic minutes from Luegoh: